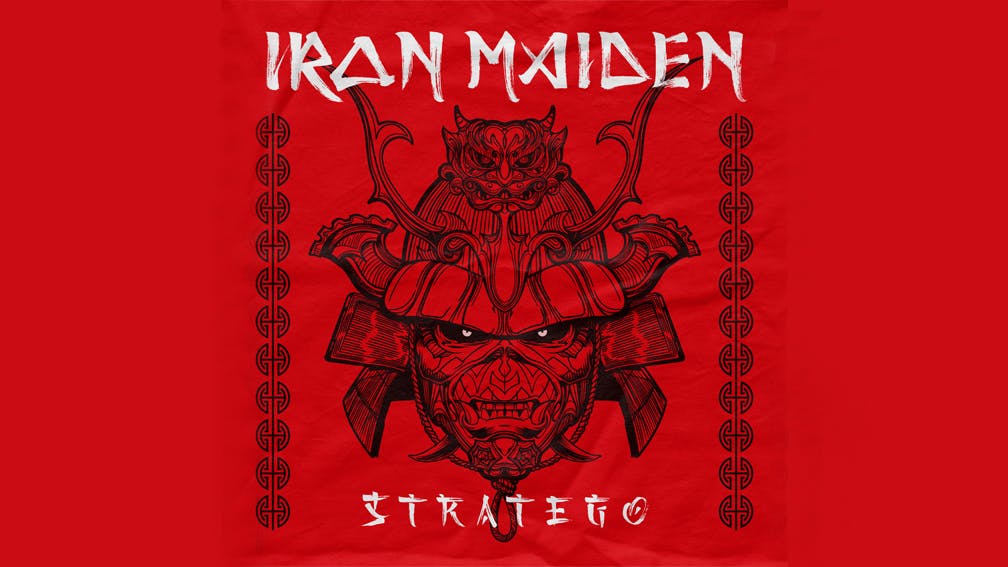 Roll on dinner-time: Iron Maiden are set to release a new tune at 6pm BST this evening! The track, Stratego, is the second song to be lifted from their forthcoming Senjutsu album, and having heard it already, we can give you the news that you’re in for a treat. It's worth missing the start of The Simpsons on Channel 4 for.

Senjutsu has been finished for almost two years. "We were worried that was a leak about the album,” singer Bruce Dickinson told is in our exclusive cover feature last month. ​“Because it had been done for fucking ages.”

With members scattered across the world, and security around a leak remaining super-tight, the finished version Maiden’s 17th album remained hidden even from the band’s members. In fact, having left the studio on by one as their parts were done, they haven’t actually played the songs in together in their final form yet. Even Bruce had to refresh his memory on it.

“Nobody had [a copy],” said the singer. ​“Management didn’t have one. I think Steve [Harris] had a copy on one laptop, and one was locked away in a vault somewhere, and that was it. Obviously, we were thinking it’d escape and somebody would hear it. So to have kept it under wraps for this long is pretty good, really. The last time I heard it was when Steve was mixing the Mexico live album. He hadn’t listened to it for ages, so we put it on and both went, ​‘This is really good… wow!’”

On the band’s creative process, Bruce also told us that he and Steve work in very different ways.

“Steve would literally lock himself away for two or three days, and we’d all turn up and play pinball,” he told us. ​“And then he’d say, ​‘I think I’ve got one, chaps. Oi! Everybody in the studio!’ Boom. The stuff I wrote with Adrian was a bit more conventional – we’d stand around and play guitar and sing and do that until we thought we had something. Then we’d rehearse it and put it straight down. It’s more organic, if you like. Steve tends to be quite detailed and meticulous in exactly how he wants it.”