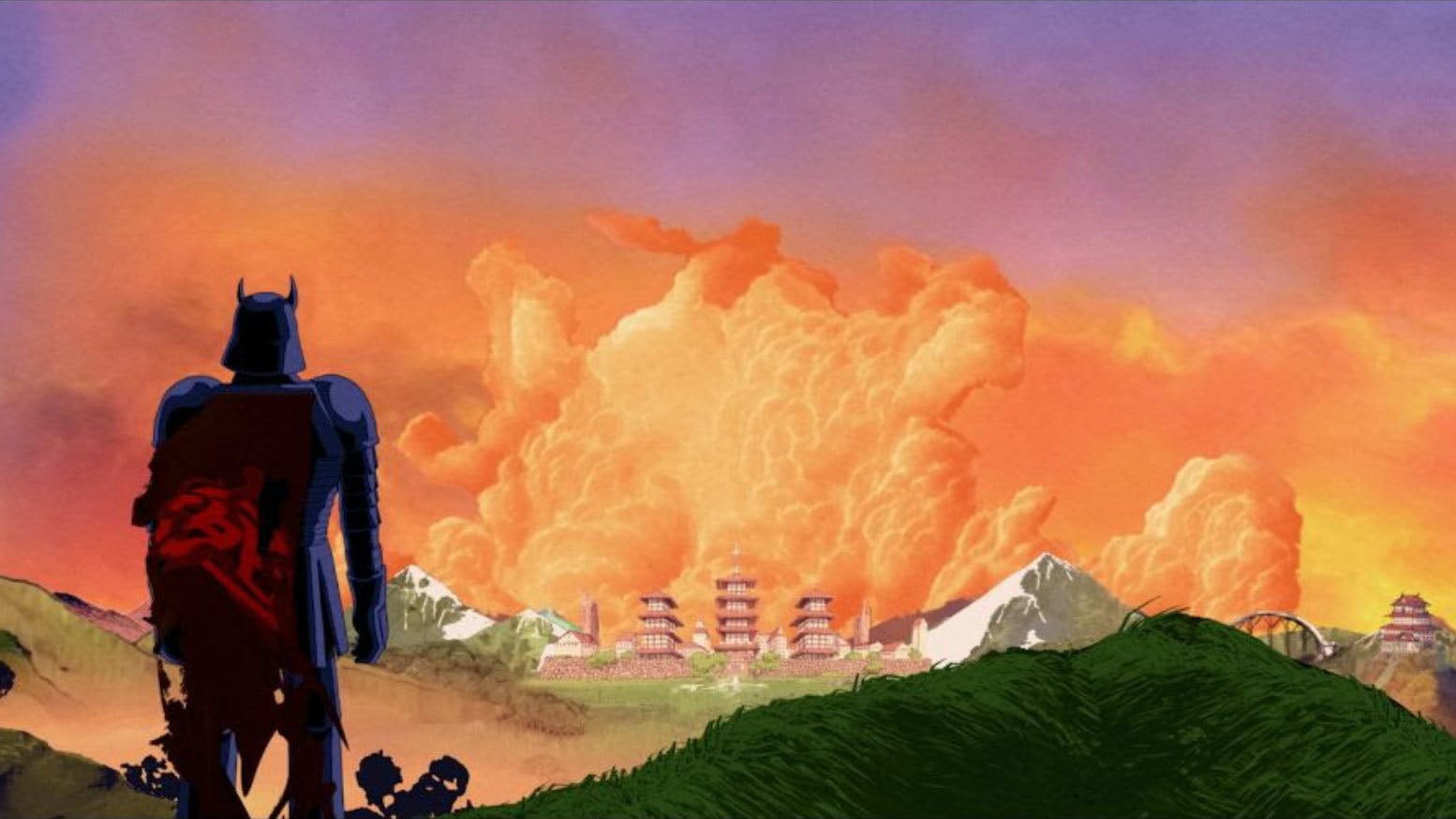 The video, which premiered on Adult Swim's YouTube channel last night, is another animated clip like previous single The Writing On The Wall – both of which were overseen by frontman Bruce Dickinson.

And there is, frankly, a lot going on in the video. Giant, sentient celestial bodies fighting in ths sky? Sure. A human warrior turning into an armoured dragon? You bet. Loads of blood and stabbing and general fighting that ends in a city crumbling? Why not!

But perhaps the most exciting element is the final few seconds, where we catch a glimpse of Samurai Eddie. And he looks awesome.

READ THIS: The Way Of The Samurai: Uncover the secrets of Iron Maiden’s new album, Senjutsu

Iron Maiden are currently in a battle with Canadian rapper Drake for the number one spot in the UK album charts. Earlier this week it was reported that Senjutsu is beating Drake's Certified Lover Boy on physical sales and downloads, but the rapper is reportedly winning on streams, so, as the charts state, "everything is still to play for".

Speaking to Kerrang! about how the members of Maiden approached writing Senjutsu as a whole, frontman Bruce Dickinson recalled of the process: "Steve [Harris] would literally lock himself away for two or three days, and we’d all turn up and play pinball. And then he’d say, 'I think I’ve got one, chaps. Oi! Everybody in the studio!’ Boom.

"The stuff I wrote with Adrian [Smith] was a bit more conventional – we’d stand around and play guitar and sing and do that until we thought we had something. Then we’d rehearse it and put it straight down. It’s more organic, if you like. Steve tends to be quite detailed and meticulous in exactly how he wants it.”

READ THIS: “I couldn’t have started a punk band, that would have been against my religion”: The story behind Iron Maiden's debut album