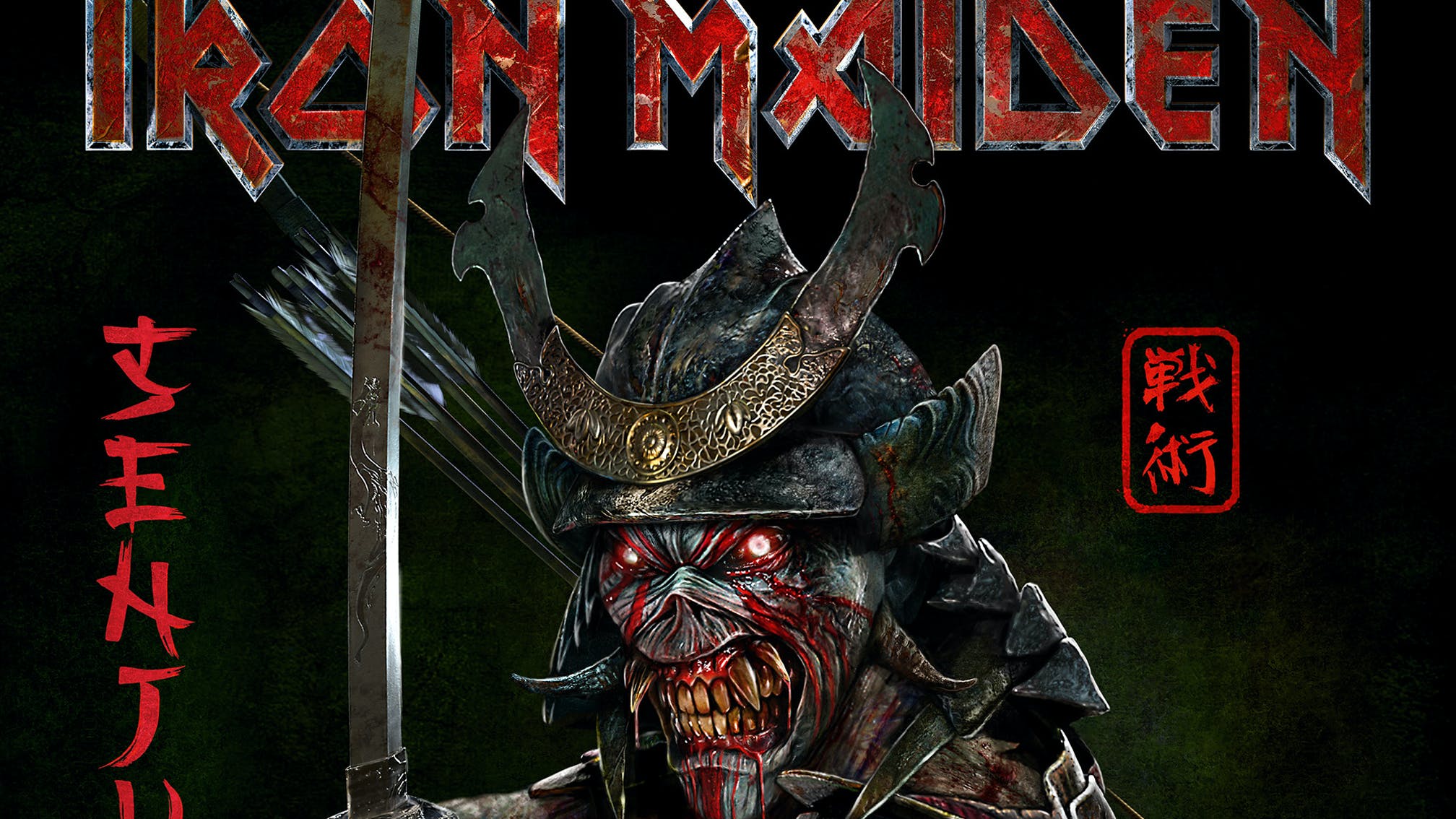 Iron Maiden are not the first band you’d think of to be stealth-bombing fans with an album almost out of nowhere, but the (for them) short-notice arrival of Senjutsu has been one of 2021’s finest surprises so far. That isn’t to say the content or format of the veteran metallers’ 17th studio album is altogether shocking.

Like 2015’s The Book Of Souls, this is a sprawling double-album and, like most of Maiden’s 21st century output, it gives their more epic and progressive tendencies free rein. This is no longer news and if it’s purely punchy ’80s anthems you crave, there will probably be another period-piece themed tour along shortly. For now, the Devil is in the deep-delve details and this is simply one of the finest collections of songs they’ve released in the latter (read: after the return of Bruce Dickinson and Adrian Smith) part of their career.

They certainly know how to make an entrance. The title-track is easily their finest opener since The Wicker Man from 2000's Brave New World, and one of the heaviest tracks they’ve ever cut, opening on dramatic war drums and one of their chunkiest ever riffs. It’s not fast, but there’s an unstoppable sense of momentum as the song glides and stomps with a stately elegance. Stratego giddies things up to a familiar gallop and is as compact as modern Maiden gets, driven by simple refrains and clean melodic leads. Then The Writing On The Wall throws a wonderful curveball, with heavy blues-rock guitars and a blazing solo. This one is credited to Bruce and Adrian, and could easily have slotted into Bruce’s late-’90s solo album The Chemical Wedding – which is very much a complement.

Elsewhere Lost In A Lost World is both melancholy and progressive. There are a number of sudden gear changes but ultimately it’s driven more by emotion than its impressive technical chops. Days Of Future Past is another relatively straightforward mid-tempo rocker, while The Time Machine has an unconventional but effective structure built on a choppy melodic riff. Darkest Hour revisits Winston Churchill and WWII in a far more reflective manner than the breakneck speed of Aces High, and then it’s time to pour a long one and settle back for the final trio of Steve Harris-penned epics, clocking in at just over 34 minutes between them.

Death Of The Celts is up first and is instantly evocative of The Clansman, not just in its subject matter but also the see-sawing vocal melodies and folky motifs. The Parchment brings in another seriously heavy riff – by Maiden standards at least – with an insistent repetition that gets into your head in the best possible way. There’s a whiff of Powerslave’s most bombastic moments, especially as it builds through some fine operatic wails into a more frantic instrumental race to the finish. Finally, Hell On Earth brings things to a rather plaintive conclusion, with Bruce intoning, ‘On the other side I’ll see you again in heaven/ Far away from this hell on Earth.’

It's not the most uplifting of endings, but this is very much an invigorated-sounding Iron Maiden. Senjutsu is simultaneously more diverse than its predecessor but somehow manages to concentrate its punches. It’s the sound of a band that continues to strive when it’s already honed its craft to perfection and it’s got a samurai Eddie on the cover. What more do you need?

Senjutsu is released on September 3 via Parlophone.