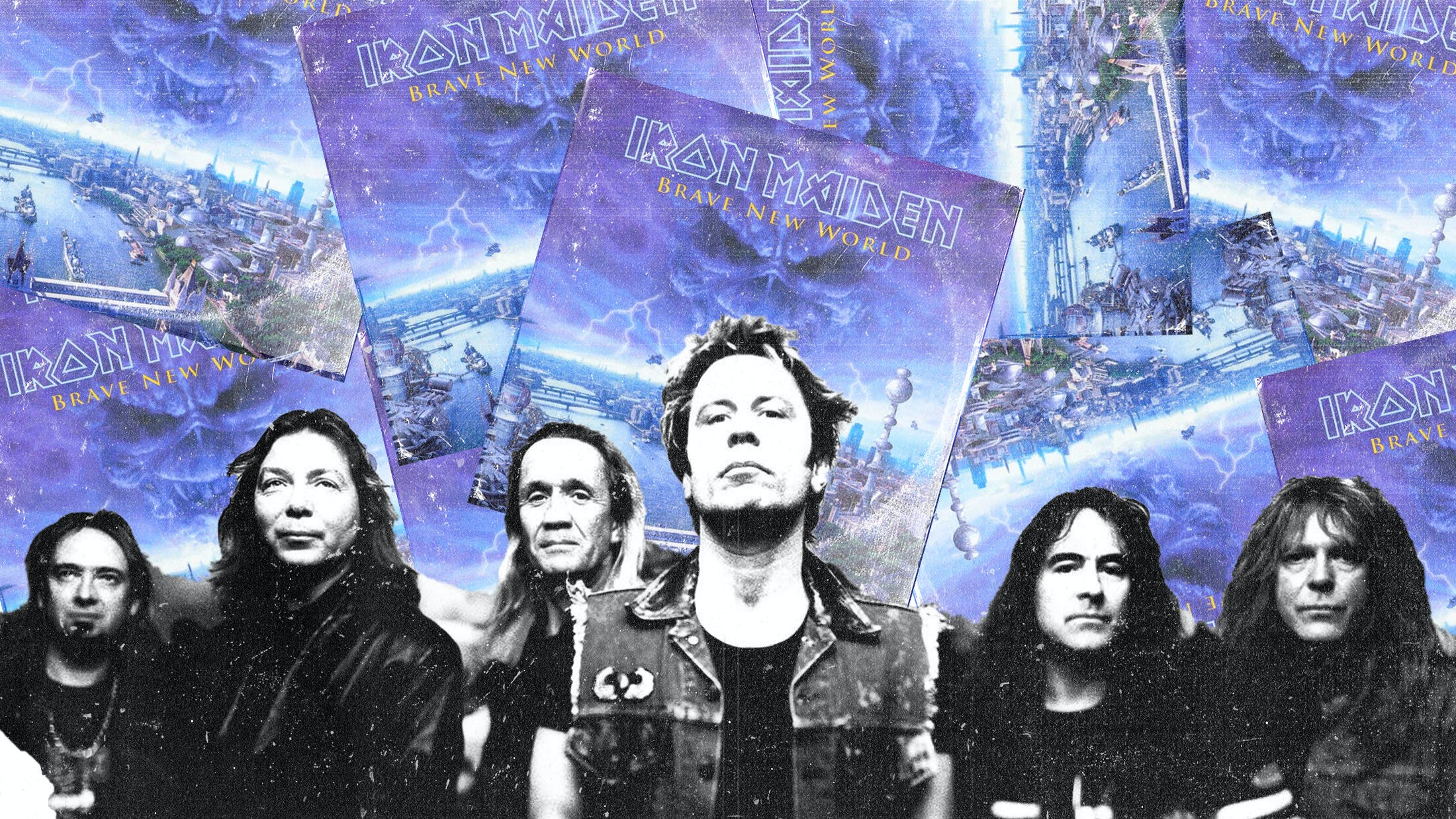 In January 1999, Cradle Of Filth frontman Dani Filth made some predictions in Kerrang! for the year ahead. “London will sink into the Thames,” was one. More accurately, the most evil man in Suffolk prophesied that “Bruce Dickinson will be back in Iron Maiden in five years”. Word is that he also took this one to the bookies, placing £200 at 100/1.

Despite observing in his What Does This Button Do? autobiography that, “Things were not so chirpy in Maidenworld [as in my solo career]… It was hard for the band to adjust to their dwindling audience, particularly in the USA,” and, “There were only a few options available to Maiden, and one of them was to ask me back,” the singer’s decision to jump straight back in was not a simple one. While his solo career hadn’t scaled the heights of his Maiden tenure, Bruce was enjoying both the creative freedom and the spare time it gave him to do other stuff. Having racked up flying qualifications, he had begun to drift towards a serious career in aviation. A return to Maiden and the full-blooded dedication that would entail would mean both would have to be sidelined. However, when he put this to his own band, they only had one answer. “The world needs Iron Maiden – you have to do it.” A statement perhaps at odds with his feelings about the band just a few years earlier, but one that is also entirely true.

READ THIS: The unsung influence of poetry on Iron Maiden

Ensuring that this new chapter was done with the same integrity and backbone Maiden had always approached their work with, plans for an album, the aptly titled Brave New World, were unveiled as soon as Bruce and Adrian’s return was announced. “You can only live the nostalgia thing for a while,” the guitarist told Kerrang! at the time, while Steve Harris outlined what this was all about even more clearly: “All I care about is how it feels now, not how it was.” “This has nothing to do with what’s cool or not cool,” added Bruce.

Indeed. But although Metallica excepted, traditional heavy metal had been out of vogue for most of the ‘90s (Megadeth were playing London’s 1,000-capacity LA2 at one point). Yet something was changing. Nu-metal may have ruled the roost, but Deftones’ rehearsal space was proudly decorated with old Maiden tour posters, while the members of 1999’s hottest new band, Slipknot, could be seen in shirts of bands like Maiden and Venom, and Marilyn Manson was keen to praise the importance of Powerslave on a teenaged Brian Warner. The wind was changing, and it was about to blow Maiden back towards greatness.

The first public appearance for Maiden Mk4 happened in Saint John, Canada on July 11 as part of the Ed Hunter tour, taken from the band’s video game of the same name. Featuring Bruce staples such as The Trooper, Aces High and Hallowed Be Thy Name, the show didn’t want for classic Maiden. In keeping with Steve Harris’ genuine belief in the band’s more recent output, though, the inclusion of X Factor and Virtual XI cuts Man On The Edge, The Clansman and Futureal loudly backed up the band’s insistence that this was more than simply a nostalgia trip.

The Brave New World Tour hit the UK with no small amount of fanfare. A show at Earl’s Court, supported by Slayer and Entombed, dubbed ‘Metal 2000’ followed the album’s release on May 29, an extravaganza engineered to make the loudest noise possible that Maiden, and, indeed, heavy metal, had returned.

Word ahead of the album had left people somewhat confused – Bruce Dickinson spoke of prog, bringing to mind visions of Phil Collins and berobed Yes keyboardist Rick Wakeman, while the word “modern” sent up worrying smoke signals of Maiden gone hip-hop. When it landed, however, it was clear what they meant. Opener and lead single The Wicker Man was a verse-chorus-verse slab of classic Maiden, but elsewhere, things were even more epic than on Seventh Son. On Ghost Of The Navigator they traversed time signatures with the expertise of weathered explorers, while the title-track dived deep into a melancholic theme with both feet and a blindfold, and Blood Brothers dealt with the death of Steve Harris’ father in a manner which would forever echo around arenas whenever its classic repeat-the-title-four-times chorus was belted out.

Brave New World was a phenomenal album. It was – rightly – heralded as Maiden’s best since Seventh Son Of A Seventh Son. Creatively, the band were on fire (which would later come as a surprise to those who’d trashed their previous two albums, with the skeletons of some of the songs coming from those sessions), while the performance on the record was as energised and full of fight as the band had been on The Number Of The Beast.

Backstage at Metal 2000, having reasserted their dominance as Metal’s Most Important Band, Nicko McBrain was casually philosophical, and weirdly spot-on, about the whole thing.

“None of us realised in the ’80s we’d be doing this today,” he chuckled to Kerrang!. “I’m getting a bit of an old fuck. My elbows are going, knob doesn’t work… Nah, we’ll probably be 60 at the Ruskin Arms playing Run To The Hills at closing time. One More album? Five more? We're not kidding ourselves. The day that the passion goes, that's it. But that's a long way off.

Nicko was talking bollocks about the Ruskin Arms. But the bits after that? How right he would turn out to be…