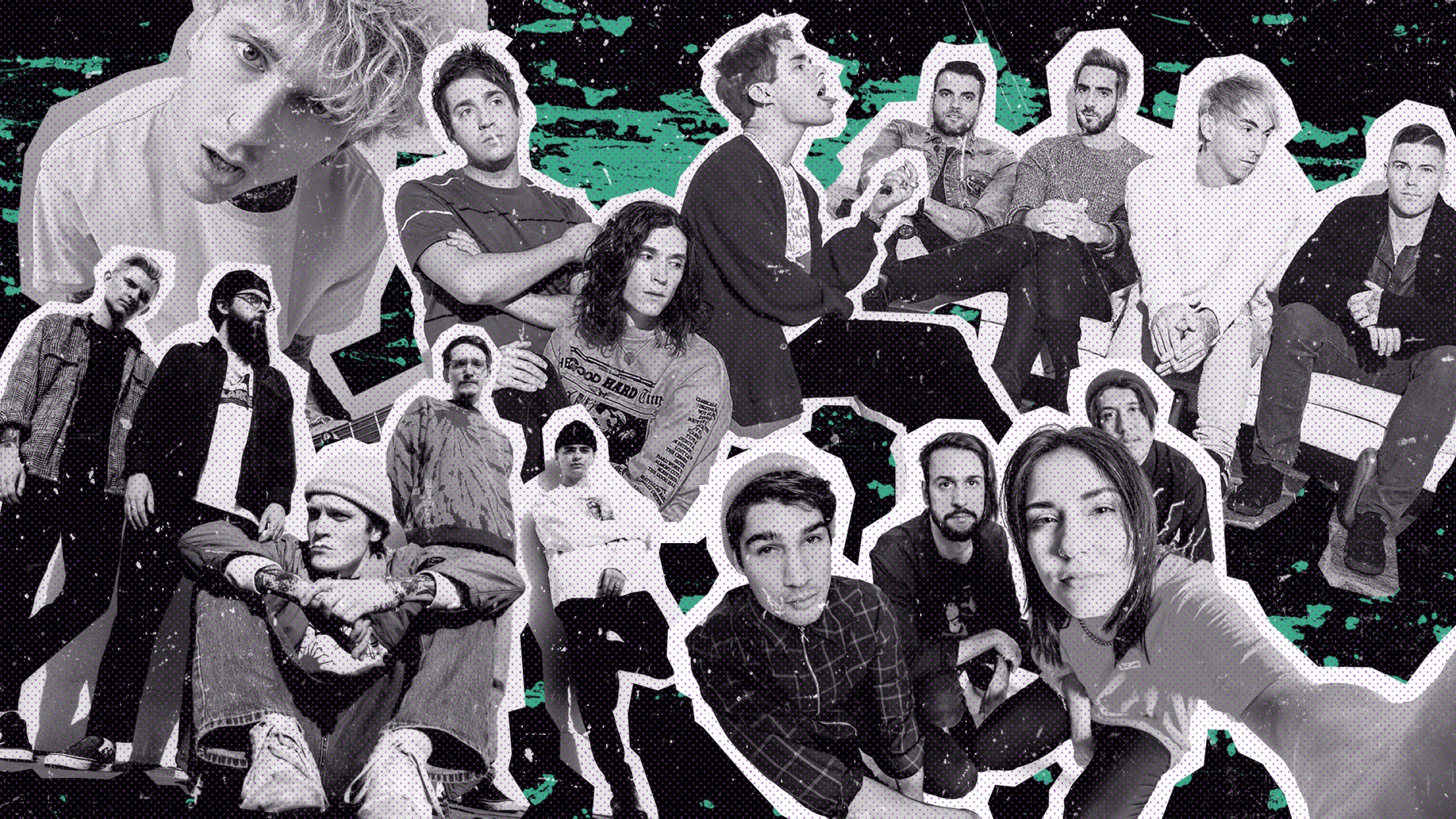 The state of pop-punk and the questioning of its position within the landscape of the music industry has been an ongoing discussion ever since the drop-off from the genre’s commercial peak in the mid-’00s. Many pop-punk bands – notably New Found Glory – have in recent years built their image around the idea that ‘Pop-Punk’s Not Dead!’, hyping up the scene’s standing within the music world, but doing so with a wry smile that suggests they’re well aware the prospects for pop-punk artists are not as grand as they once were.

It’s plain to see that pop-punk has had its struggles. The Vans Warped Tour, a playground where up-and-comers could stake their claim and make a name for themselves, is now a thing of the past, and nothing has stepped into its place on the exact same scale. The genre’s biggest breakout bands like Fall Out Boy and Paramore, meanwhile, have effectively turning their backs on pop-punk, with no-one there to fill the void. And then there’s the ongoing issue surrounding misconduct of band members within the scene – though, sadly, it isn’t just unique to pop-punk. Statements and apologies have been issued (although that’s not the case for every accusation) and prominent acts have come under the kind of scrutiny that suggests the scene has some way to go to clean up its image.

Despite pop-punk’s problems, however, the past 12 months have shown promise for the genre, and it may be the case that in several years’ time, we’re looking back on 2020 as the year in which pop-punk turned the corner towards a true resurgence.

The biggest success story in this regard is undoubtedly Machine Gun Kelly. The rapper-turned-pop-punk-prince defied the cynics with his well-received LP Tickets To My Downfall, scoring himself a U.S. Number One album, a top five position in the U.K. charts and a 4/5 review from Kerrang! in which we praised how Kells’ music “celebrates everything great about pop-punk without feeling cookie-cutter or third division”.

It was a big win for both MGK and pop-punk as a whole, and the success of Tickets To My Downfall speaks to a wider resurgence for pop-punk in recent months, particularly when it comes to the bridging of alternative music and hip-hop. Juice WRLD’s posthumous album Legends Never Die – another chart-topping smash – was littered with pop-punk influences, the late rapper calling on his favourite alternative bands including Fall Out Boy and The Starting Line for inspiration. blink-182 drummer Travis Barker has played a big role here, producing the Machine Gun Kelly album, all the while working alongside emerging alt-rappers Trippie Redd, jxdn and iann dior on their various pop-punk-leaning projects. Travis has also collaborated with girlfriends, one of America’s most widely-tipped new pop-punk bands formed by rapper T.Mills.

Elsewhere in the mainstream, YUNGBLUD – who teamed up with Travis and MGK for pop-punk hit I Think I’m OKAY back in 2019 – continues to lean on pop-punk and draw influence from the various alt. bands that he loved as a kid. Halsey, meanwhile, has spoken of a desire to record a punk album.

Then, there’s the more obvious names. The achievements of All Time Low throughout 2020 seem to have gone somewhat under the radar, but the Baltimore band’s single Monsters (which features blackbear) has become a radio hit in the U.S. and their biggest song in years. The album to which it belongs, Wake Up, Sunshine, found the four-piece bridging their classic pop-punk sound with something more progressive, and when Kerrang! interviewed the band about the record at the start of the year, guitarist Jack Barakat pointed to the anniversary re-recording of classic LP Nothing Personal as one that reminded All Time Low about what made the band special.

“It demonstrated what sets us apart, and we took that into the new material,” he said. “It felt like a fitting way to end one era and welcome in a new one.”

Waterparks continue to make great strides, too, with charismatic frontman Awsten Knight looking more and more like a modern rock star in the making with each passing day. Seaway and Stand Atlantic both released the best albums of their career in 2020. Neck Deep remain a significant force in British rock. Moreover, Hot Milk, Yours Truly and Grayscale form part of a new wave of pop-punk bands unafraid to push the envelope and develop their sound. There’s even a home on TikTok for pop-punk, as the wave of videos featuring the Simple Plan #ImJustAKid challenge proved.

What, then, does all this mean in terms of a ‘state of the scene’ analysis of where pop-punk stands in 2020? Given its problems, is the genre as we know it dead?

The answer is no, but things are different than before, and they more than likely need to change further still if pop-punk is to have a rebirth of the kind Warped Tour diehards would love to see. The winning formula for the big achievers this year has come from simultaneously embracing pop-punk’s fun-loving roots while pushing the genre to new and exciting places. Said approach has made the already famous Machine Gun Kelly bigger than he’s ever been, established All Time Low as genuine mainstream contenders and opened the door for the younger generation who must, for the first time in a decade, feel like playing in a pop-punk band offers the chance for its members to become stars.

A sustained resurgence is by no means a certain thing, but the makeover has started. If the bands get it right, we could soon have the second coming of pop-punk on our hands. And whether you like this particular subgenre of music or not, no-one can deny its recent successes aren’t a good thing for rock.