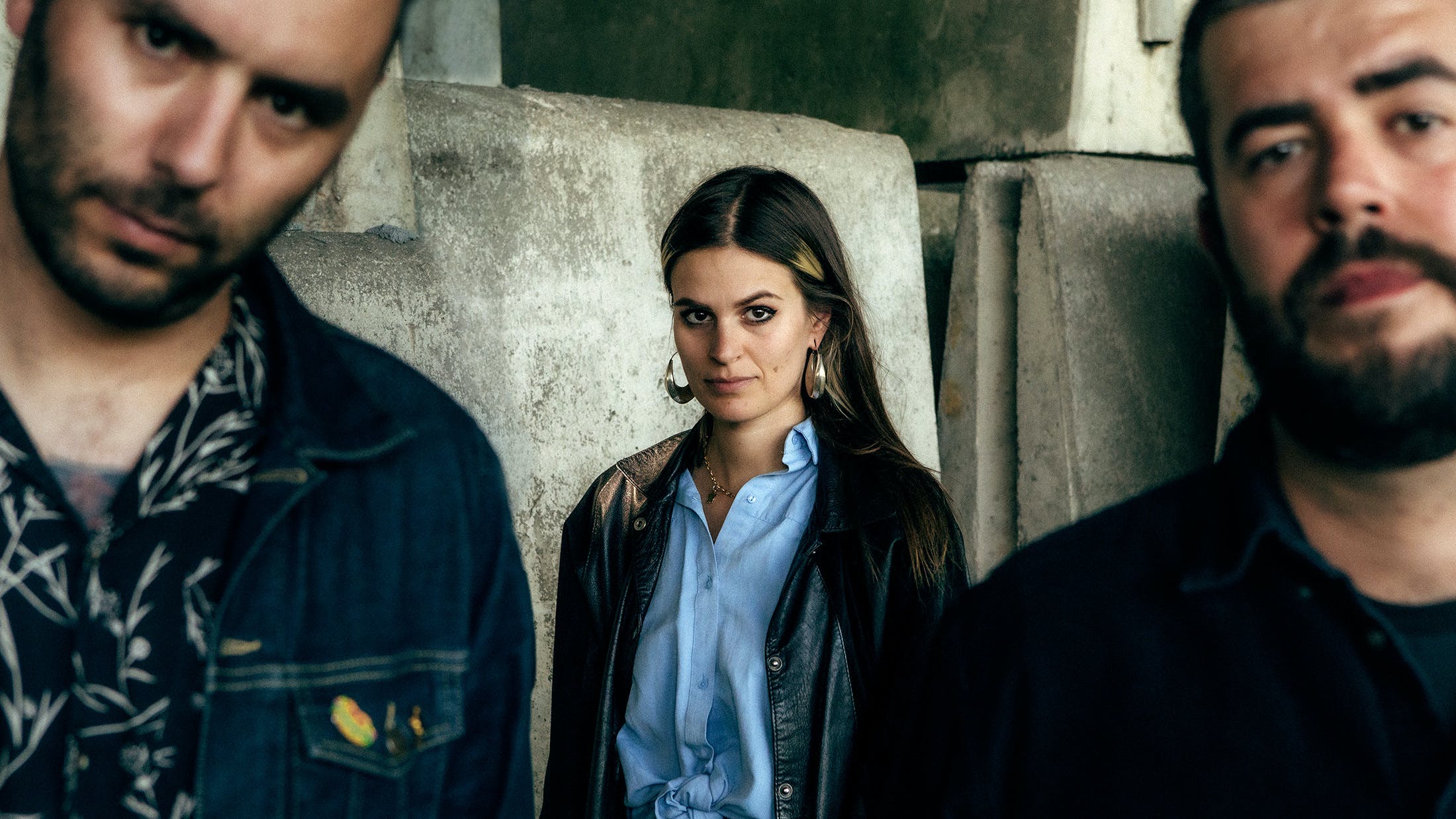 Imagine a life lived in perfect harmony. There are no conflicts, only peace, and everything is in balance. Sounds dreamy, doesn’t it? Utopian, even. This is what Brutus call ‘unison life’, and it is the concept their third album of the same name revolves around.

The Belgian trio are divided as to whether unison life is ever reachable or not. “I don’t know if it’s possible,” argues bassist Peter Mulders. “I once heard somebody say that there is no fun in happiness – it’s about the journey of searching for happiness, and you have to find happiness the day before you die.”

Vocalist and drummer Stefanie Mannaerts thinks differently. “If I talk to my dad, I believe him when he says he’s perfectly happy. I believe that some people really feel that they are in a good place, and [just because] they’re happy doesn’t mean they don’t [end up in] stupid situations, but they know how to deal with them better. My dad doesn’t go into a loop in his head – he knows what to do.”

Stefanie’s still figuring that out for herself. Indeed, the enforced quiet time the pandemic brought afforded her the time and space to do so “because COVID was there and there were no shows. There was no work, there was no life, there was nothing, and the only thing that remained were the thoughts in my head.” It was during this pause that Unison Life was made, with a year-and-a-half of solid focus poured into it. This was the longest they had ever spent working on one body of work as their hectic touring schedules would usually never have permitted them to do so. Naturally, when music, her bandmates and her own thoughts were all she had, Stefanie’s lyrical output was deeply reflective, as she contemplated this idyllic concept and the often unhealthy steps she would take towards achieving it.

“I’m a person that runs away from uncomfortable situations,” she admits. “I never want to start discussions, because I hate it. The songs are a bit about that, sometimes in a good way, sometimes in a bad way. For example, the song Liar is about me lying so that I don’t have to say the truth, so that the moment is comfortable for everyone. But eventually, the lies come to the surface, and then it’s fucked anyway.”

The band began work on Unison Life remotely, but in the end, only one or two songs from those sessions made the final cut. What they truly thrived off is the kind of natural, in-person interaction that can’t be fully replicated on a Zoom call. Instead, they hunkered down together in a COVID bubble (remember those?) and got to work. When they weren’t writing, they hung out as friends rather than as bandmates, talking about music, even cooking together. This downtime they enjoyed together, where they weren’t necessarily being musicians, just people, was, in its own way, productive.

“I think [it helped us] understand each other better when we were writing music,” says guitarist Stijn Vanhoegaerden. “We knew better what everybody separately wanted from songs. It was a lot easier because we talked more about it.”

“It was kind of like team-building,” adds Peter. “When you’re on tour, you also spend a lot more time together, but the mindset is different. It’s moving from city to city in a van, with timings and soundchecks. It’s different than in a pandemic when everything was down and we just had each other. We only had this.”

The trio approached Unison Life with a relentless drive, aspiring to write each and every song as if it were the last one they would ever write. They pushed themselves to think bigger, acquiring a larger assortment of gear to play around with. The extremes of their sound intensified – they were heavier, darker, yet softer, lighter, the contrasts becoming starker. Perhaps most importantly, they wanted these songs to be future-proof, so even in ten years’ time, they will still want to insert them into their live set.

Given how hard they pushed themselves, were they not risking burnout? “We’re three people. If one of us is a little bit burned out, you always have two others to pick them up,” says Peter. “It’s one of the benefits of being a three piece. We always keep each other alive.”

At the end of the day, for Brutus, Unison Life was a silver lining. “COVID was a lot. It was heavy,” considers Stijn. “But I always felt like coming to our rehearsal space to write, it was always a safe haven. I’m so happy to be here, to do this, with these people.”

Brutus' new album Unison Life is out now via Hassle

Listen to the first taste of Brutus' new album Nest