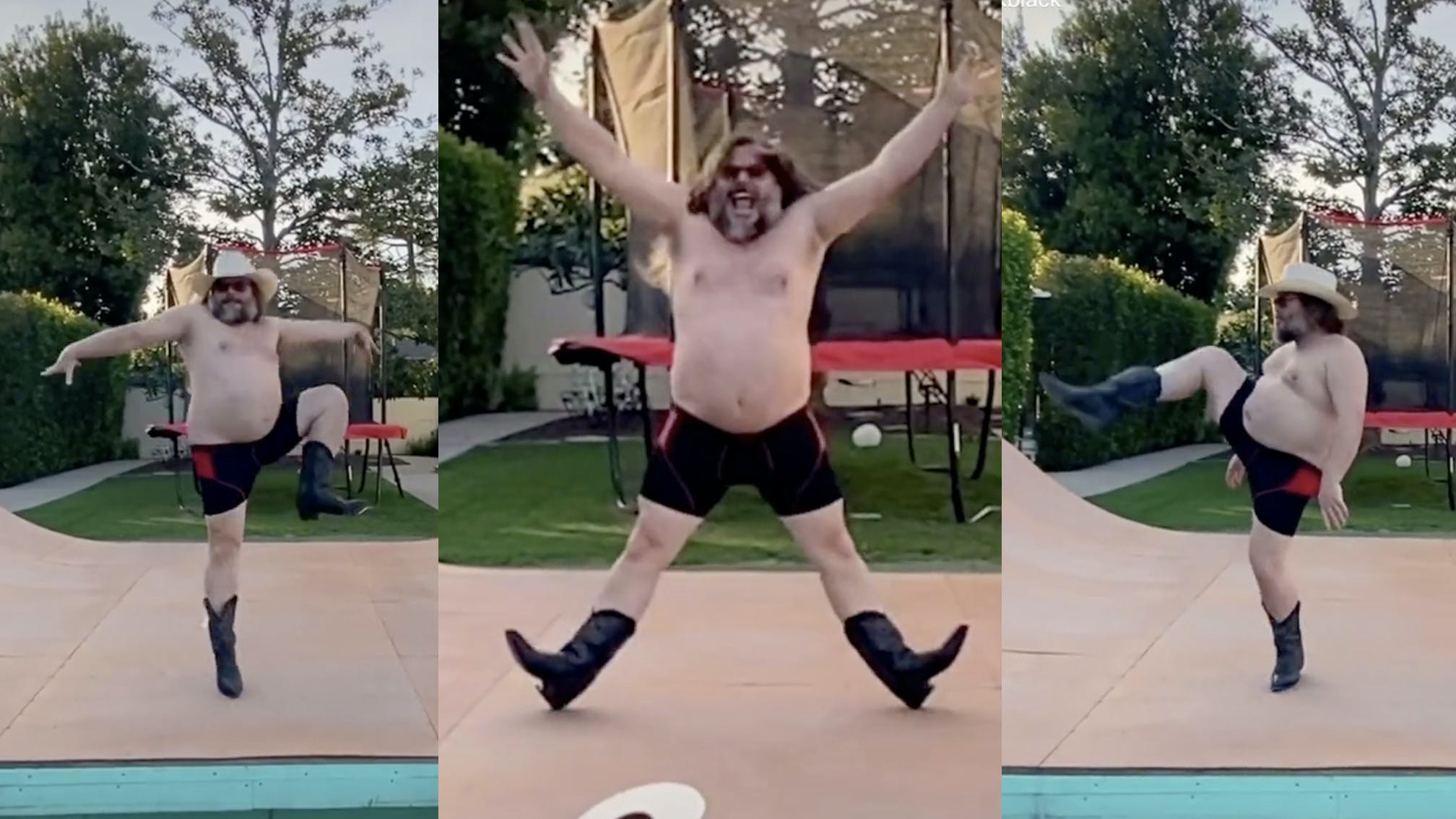 TikTok has already proved to be a great source of home entertainment while everyone is self-isolating right now to prevent the spread of coronavirus – with this teacher providing a heartwarming sing-along to Fall Out Boy's Sugar, We're Goin Down yesterday. Now, the video-sharing app has just gotten a whole load more interesting with Hollywood actor and Tenacious D frontman Jack Black getting an account. Awwww, yeah.

In his first upload to TikTok, Jack has attempted something which he's called the Quarantine Dance, wearing a cowboy hat, boots, and… not much else. It's hard to tell if this is a rehearsed routine or the spins, jumps and high-kicks just came to him in the moment, but here's hoping his moves might inspire others to get in their gardens and do the same.

Read this next: 10 bands from the '90s who have kept their original line-up together

At the time of writing, Jack's Quarantine Dance has already amassed over two million views – and we're gonna go ahead and say that around half of those are us. No shame.

Jack will hopefully be hitting the road with his Tenacious D bandmate Kyle Gass later this year for a tour of the U.S. swing states.

“The D are very excited to announce The Purple Nurple Tour… twisting hard to the Left!” said the duo at the time of the tour's announcement.

“JB & KG will be hitting swing states across the country, with special stops in NYC and DC, and partnering with 46 for 46 to promote voter registration and overall civic action through music. Four in 10 Americans who were eligible to vote did not do so in 2016. Let’s change that and make all of our voices heard this November! But first, let’s get out there and ROCK!”

Read this next: An oral history of Tenacious D's debut album

All proceeds from Tenacious D’s The Who 7” will be going towards gun violence-ending charity Everytown.