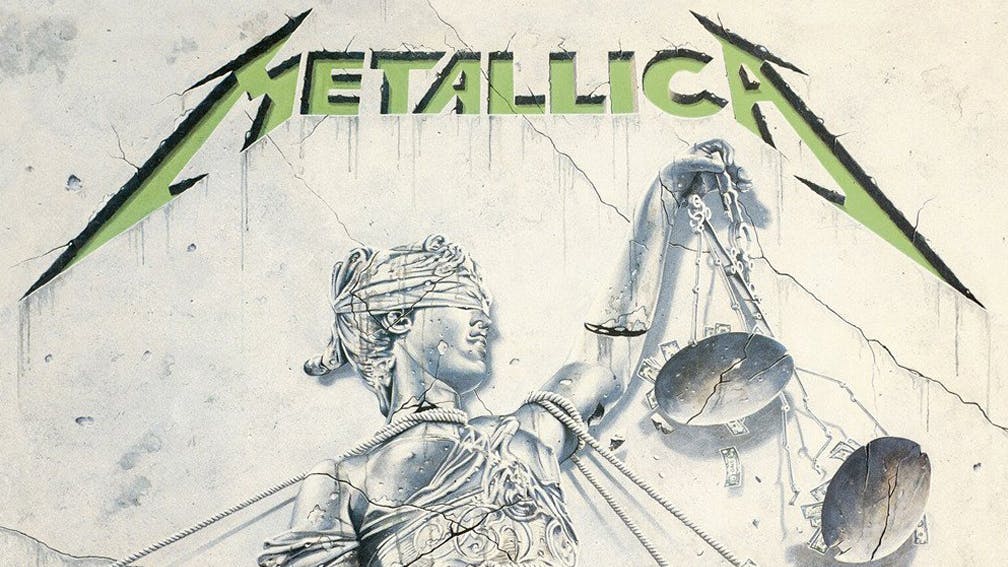 While Metallica's 1988 fourth studio album …And Justice For All is undoubtedly a classic and one of the finest metal albums on the planet, the full-length has famously had its problems: notably, that the bass guitar on the record is practically inaudible.

Now, in a new interview with ’Tallica fan magazine So What!, frontman James Hetfield has explained Justice's sound, and how the lack of bass – performed by Jason Newsted following the death of Cliff Burton in 1986 – coming through in the mix was actually more a result of the band being burned out at the time, and not an attack on Jason.

"I will say, it was not all about, 'Fuck [Jason]. Let's turn him down.' That's for sure," James says. "We wanted the best-sounding record we could make. That was our goal. We were burnt. We were frigging fried. Going back and forth [between touring and mixing the album]. Playing a gig. No earplugs, no nothing. You go back into the studio, your hearing is shot. If your ears can't hear any high end anymore, you're gonna turn it up. So we're turning the high end up more and more and more and all of a sudden, low end's gone. So I know that played a bigger part than any hazing or any ill feelings towards Jason, for sure. We were fried. We were burnt."

James' comments echo that of Lars Ulrich, who told Kerrang!: “It wasn’t [a case of], ‘Fuck this guy – let’s turn his bass down,’” the drummer insisted. “It was more like, ‘We’re mixing, so let’s pat ourselves on the back and turn the rhythms and the drums up.’ But we basically kept turning everything else up until the bass disappeared.”

In other Metallica news, last week the band unveiled an epic trailer for their forthcoming S&M² film, which is screening for one night only in October.

Check out the trailer below, and be sure to head to cinemas on October 9 to watch the full thing – tickets are on sale now from Metallica.Film.