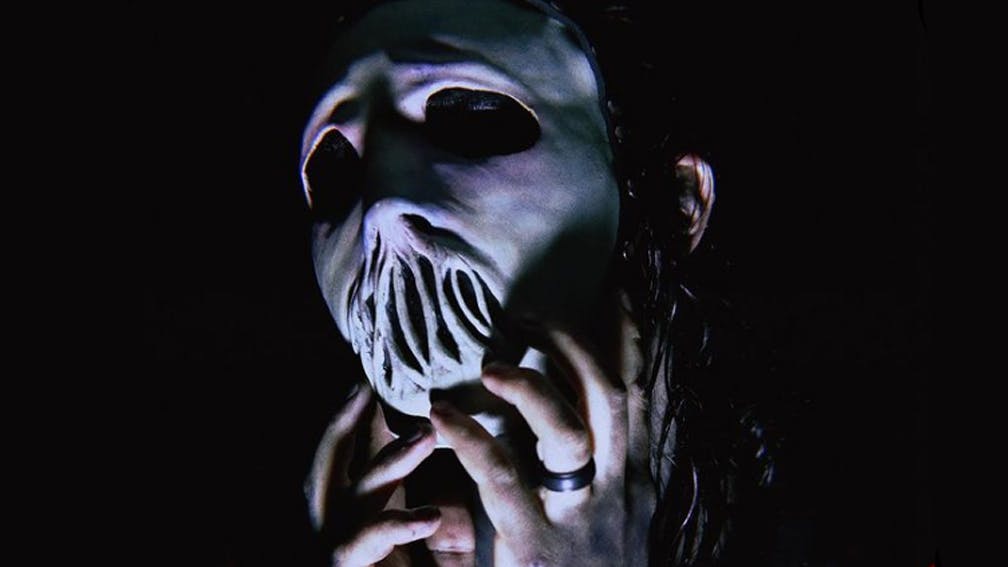 Following the release of their new song The Chapeltown Rag on Friday, Slipknot drummer Jay Weinberg has shown off his new mask. And it’s really weird.

In an Instagram post, captioned “I want a face — that you can only recognize — I’m afraid”, Jay showed off his new visage, and all we could think of was that bit in The Matrix where Agent Smith sticks Keanu Reeves’ mouth together. We obviously applaud this.

Jay also shared video of the band debuting the song live at Friday night’s Knotfest LA show, where they were supported by Bring Me The Horizon, Killswitch Engage, FEVER 333, Code Orange, Vended and Cherry Bombs.

“You get one chance to play a song live for the first time,” he wrote. “It’s one of my favorite aspects of performing. You can spend weeks, months, or years in isolation on a body of work — but all that work becomes something entirely new, once you open the doors and let it out onstage. Repetition brings growth, evolution, and refinement — but nothing substitutes that very first time.”

Speaking about the new single, singer Corey Taylor elaborated on the song, and its lyrical critique of social media.

“It’s a punisher man. It's classic Slipknot. And it's frenetic,” he said. “But lyrically, it's coming from a point of talking about the various manipulations that can happen when social media meets media itself. And the different ways that these manipulations can try to pull us in different directions, in the fact that we're all becoming addicts to it, which is very, very dangerous.”