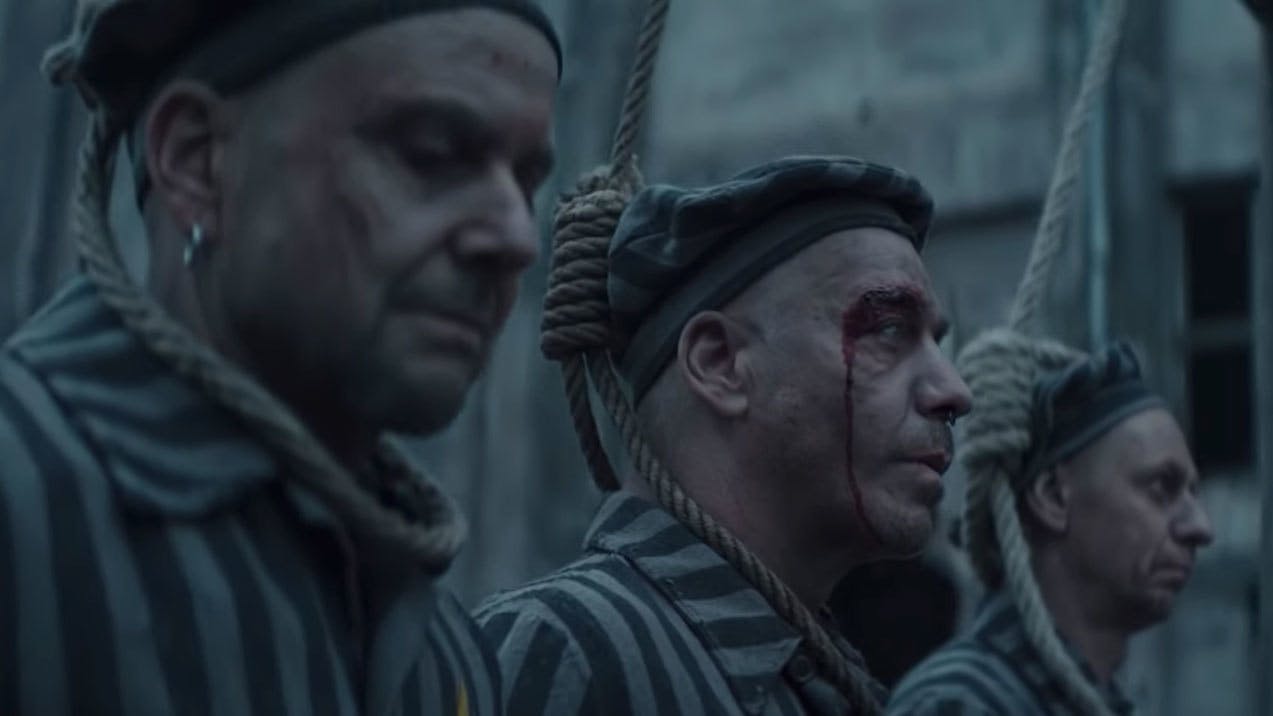 German industrialists Rammstein have sparked outrage in their homeland with a new video.

The clip, teasing an announcement on March 29, shows members of the band standing on gallows with ropes around their necks, with vocalist Till Lindemann sporting a cut above his eye. This imagery has caused controversy amongst the Jewish community in Germany, claiming the band are using concentration camp imagery.

Speaking to German newspaper Bild (translated via Reuters) Charlotte Knobloch, former president of the Central Council of Jews in Germany and Holocaust survivor, said “With this video, the band has crossed a line.

“The instrumentalisation and trivialisation of the Holocaust, as shown in the images, is irresponsible.”

Government’s commissioner for anti-semitism, Felix Klein, said that the depiction of Rammstein as concentration camp inmates "crosses a line" if only used to promote their new album.

"I consider this a tasteless exploitation of artistic freedom," he added.

Many other prominent figures in the Jewish community have also shared their anger and disappointment with Bild.

Rammstein are yet to respond to the comments.

The video in question is teasing a big announcement from the band on March 29, using the Roman numerals "XXVIII.III.MMXIX". It is accompanied by the hashtags #Rammstein #RammsteinDeutschland and #duhastvielgeweint (which roughly translates as 'you cried a lot').

Rammstein are expected to announce their long awaited seventh album very soon. The band are headlining MK Stadium in Milton Keynes, UK, on July 6 – get your tickets now.