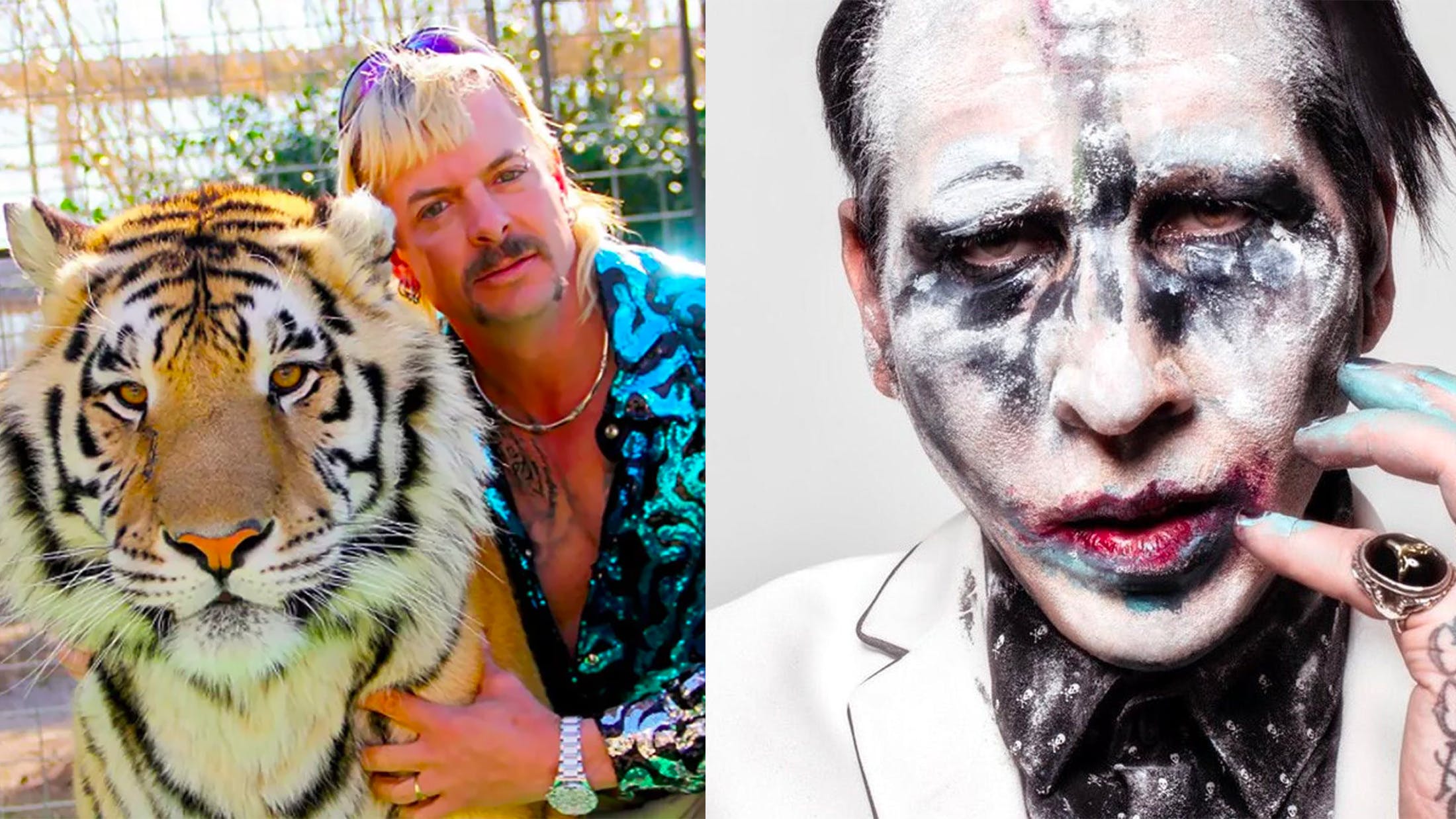 If you've been anywhere near Netflix over the past fortnight you'll no doubt be aware of Joe Exotic aka Tiger King.

The series – which is fully bonkers – follows the story of eccentric zoo owner Joe, from his run-ins with rival animal activist Carol Baskin to his imprisonment for murder for hire and animal abuse charges. But that's not all, Joe also ran for President of the United States in 2016 and for Governor of Oklahoma in 2018.

And when you're running for office, you need endorsements from famous figures. So who did Joe Exotic call on in his time of need? None other than The God Of Fuck himself, Marilyn Manson.

In a message shared by Manson on Instagram, Joe said: "I’m running for Governor of Oklahoma and trying to speak for the real people for a change and get some people help with addiction in this State that no one cares about. Would you endorse me? Not asking for money. Just use your name as an endorsement."

It's not clear what MM's response to Joe was, but his Insta caption simply read: "Nope. Don’t Fuck With Cats."

Of course, with this being posted on April 1, it could have been an April Fool's Day prank by the Antichrist Superstar, but it certainly wouldn't be the weirdest thing to happen in Manson or Joe's life.

Earlier this year, Manson shared cryptic images on Instagram, seemingly teasing a new album. In April last year, Marilyn said that his upcoming album was more than half completed. The following July, he added that he wouldn’t compare his new record to another of his other albums.

“I’m in a mode in life where I wanted to tell stories with this record, and it’s sort of like a wax museum of my thoughts, a study of the chamber of horrors in my head,” said Marilyn. “All the romance and hope you can have in the world, here in the End Times where it can be a different kind of apocalypse for each person listening to the record.