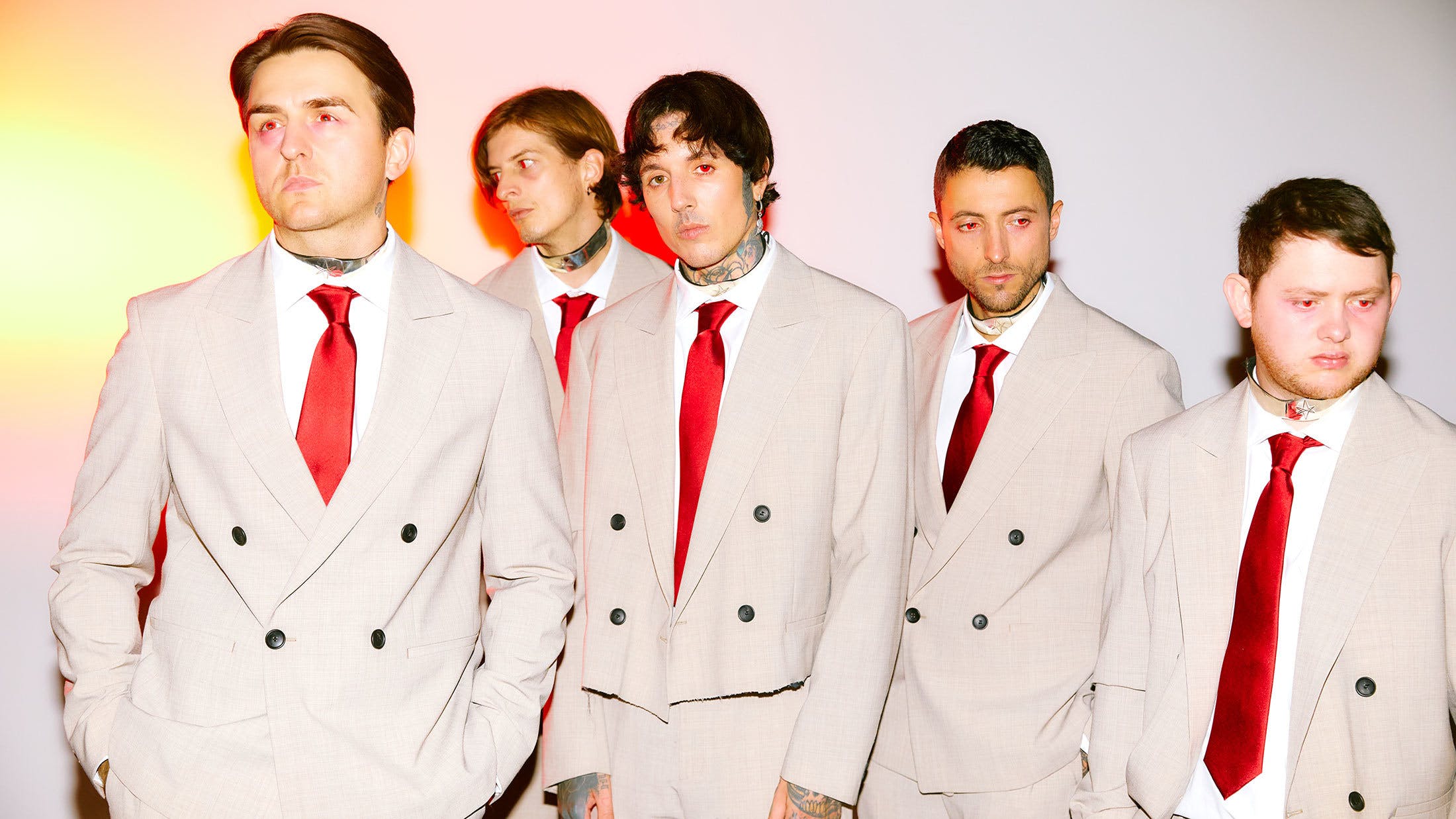 Following the huge and long-awaited news that Bring Me The Horizon will be stepping up as festival headliners for next year's Reading & Leeds, Jordan Fish has told Kerrang! about where the band's new music is headed – and if we'll get to hear it in time for their huge summer shows…

The quintet – completed by Oli Sykes, Matt Kean, Lee Malia and Mat Nicholls – were in Los Angeles recently for a couple of very special shows as well as a period of writing, with Jordan explaining of their productivity in America: “We just wanted to get together and push it along. We collaborated with some different people. We pushed ourselves. We’ve not really debriefed yet, but we’ve got some really cool stuff. The bones of the second Post Human record are there.”

“These records are about the music that we grew up listening to in the order that we discovered it,” he continues. “We all started listening to Linkin Park, Deftones and Slipknot. Then we moved into that more emo/post-hardcore sound of bands like Glassjaw. It’s still a rock record at its core: there’s still heavier stuff and big songs on there. [Latest single] DiE4U is a good glimpse of the direction it's going in.”

Jordan also reveals that, while BMTH's original plan of putting out four records in the space of a year isn't happening, there's a definite plan to release their next EP before August.

“I’d hoped to have all four Post Human records out in the space of a year, but that’s proven to be absolute fantasy,” he admits. “We 100 per cent need to have this out by the time we get to Reading & Leeds, though. They’ll make us (laughs)!”