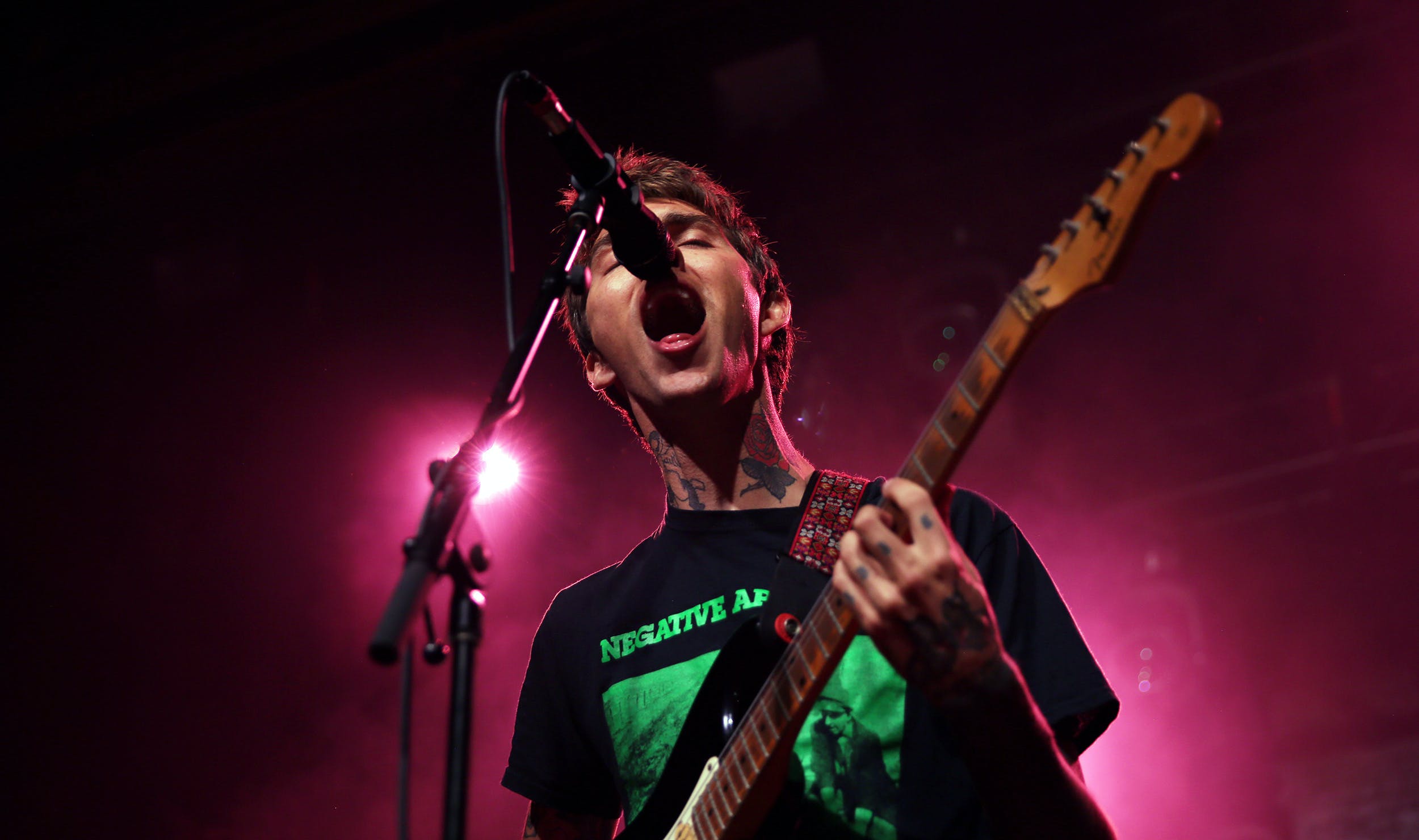 On paper, the pairing might sound a bit puzzling: a seminal melodic hardcore-turned-pop punk band from the turn of the millennium touring with a darling indie-punk outfit born a full decade later. But it’s the yin and yang of Chris Conley and Barry Johnson – respective frontmen of Saves The Day and Joyce Manor – that make their two bands such perfect partners for a co-headlining tour.

Though of different generations, neither Saves The Day nor Joyce Manor have anything to do with the dark eyeliner emo of the mid-2000s that turned a genre into a lifestyle co-opted by Hot Topic. As emotive or pained as their music may be at times, it is, above all else, fun. But while Saves The Day’s awkward approach has always been forgiven by their undeniably catchy songs, Joyce Manor’s outsider qualities are exactly what make them endearing, their sound wonkier than their inadvertent heartthrob personas. The second wave of emo that Saves The Day helped build in the late ’90s to early ’00s was founded by introverted punk misfits; today’s emo – whether played by acts like Tigers Jaw, The Hotelier, or Fiddlehead -- is all about wearing your heart on your sleeve with confidence. And tonight at Webster Hall in New York City, fans have come out to experience both sides of the same movement.

After an impassioned set from awakebutstillinbed that gets the crowd moving, Saves The Day walk into a room that’s packed to the gills. From the first guitar chords of Anywhere With You – the opener of 2003’s In Reverie – fans erupt into a full-blown singalong. The band plays only one song from their newest album, 9, and a handful of tunes from the band’s four albums before it. The audience isn’t complaining, either, raising hands to the sky while shouting lyrics to the ten tracks the band play from their two biggest releases, Through Being Cool and Stay What You Are.

The median age of those participating seems to be about 30, with an even number of guys and gals trying to lose their voices. When a few old school B-sides are thrown out to the crowd, these diehards jump on it like lions on red meat with a raucous push-and-shove “mosh-pit” lively enough to frighten your average Lumineers fan, if not your average hardcore kid.

Joyce Manor bring an equal amount of electricity to the room when they hit the stage. Though their fans are just as evenly split between men and women – not always a given in punk rock – they are noticeably younger than Saves The Day’s. Guitarist Chase Knobbe, bassist Matt Ebert and new(ish) drummer Pat Ware all have their followers – but Barry has a special charisma, charming his way through songs from the majority of their discography with jerky dance moves and intermittent grins.

With such short songs, the fellas can burn through nearly two dozen tunes, inspiring just as many singalongs as Saves The Day – especially on songs from fan favorites Never Hungover Again and their self-titled debut. “Everything reminds me of you,” chants the crowd during opener Beach Community; when the band follows it up with Heart Tattoo, fans make heart signs with their hands and mean it.

The whole performance comes to a head during the encore, when Barry hands his guitar off to security, takes his mic off the stand, and steps off the stage into the audience to sing the final lyrics of Leather Jacket. It’s ironic that, swept up by the raging masses, he ends up crowd surfing for a moment – an act he admonished at a show a few years back in Jacksonville, Florida. In this case, however, the audience is more than thrilled to share intimate moment with the frontman and hoist him back up to the stage for the last two songs.

By the end of the evening, concertgoers have gotten their money’s worth, with old school fans satisfied, and new fans made. Undoubtedly, more than a few attendees have crossed generational lines, judging by the many -- young and old – who spill out into the street, belting out song lyrics of a band they never knew they loved.

In our latest K! Pit episode at The Well in Brooklyn, New York, Saves The Day remind us why they're the godfathers of pop punk-infused emo.

Saves The Day Tell Their Own Origin Story In Video For New Single, Side By Side

The New Jersey emo-punk crew show how they formed in the latest video from their much-anticipated new album.

Saves The Day's Chris Conley On New Album: "It’s The Summation Of My Life Up To This Point"

The emo frontman talks about growing up in the limelight, his 2016 onstage meltdown, and lessons learned from 2003's In Reverie on its 15th anniversary.

The album tells the story of the band from the perspective of its founder.

Bring on the summer!