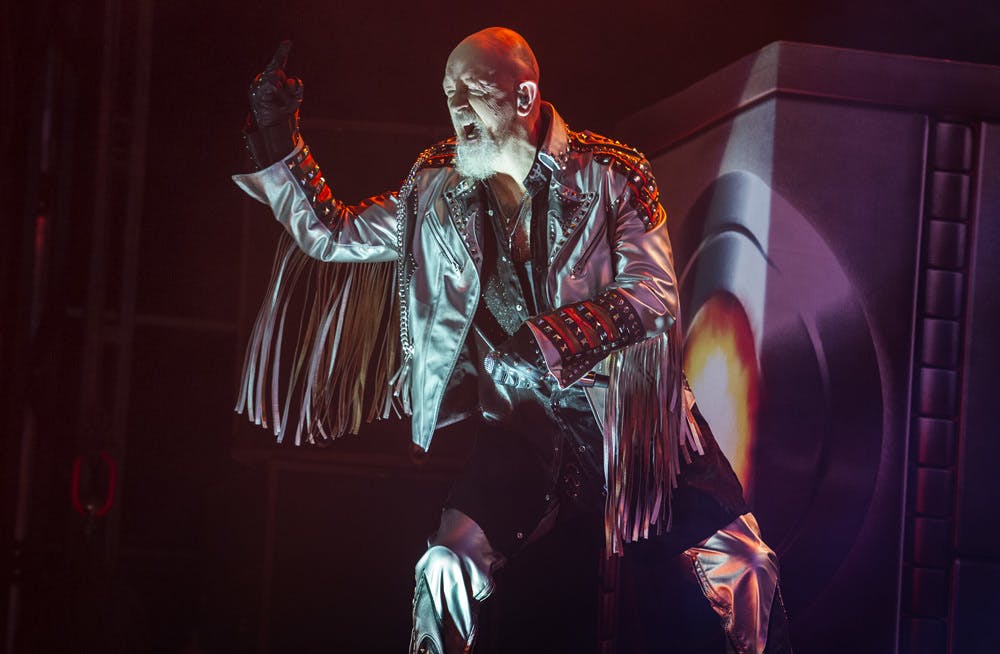 NWOBHM powerhouses Judas Priest and Iron Maiden toured together in the early '80s, and fans of both bands have been nostalgic for it ever since, whether they attended or not. Now, Judas Priest bassist Ian Hill -- who also happens to be the last remaining founding member of the band -- is getting our hopes up for the future...in a wonderfully morbid way, of course.

“There’s always the big question of Judas Priest and Iron Maiden. That would be really interesting, if we could get that together before some of us die,” he said in a recent interview with Audio Ink Radio. “It’d be great! You run into these people over the years. We’ve played with quite a few of them, but we’ve got to get together with Iron Maiden.”

It’s sort of a weird thing to say, but, hey, we’ll take it. The bands toured together in 1980 and 1981 in the U.K. and in North America, promoting albums like British Steel, Iron Maiden’s self-titled, Point of Entry, and Killers. Right now, Judas Priest is on tour promoting last year’s Firepower. Hopefully a tour with Iron Maiden will follow, whether it be this year or five years from now...so long as everyone's still alive for it.

The remaining tour dates for Judas Priest are as shown below: