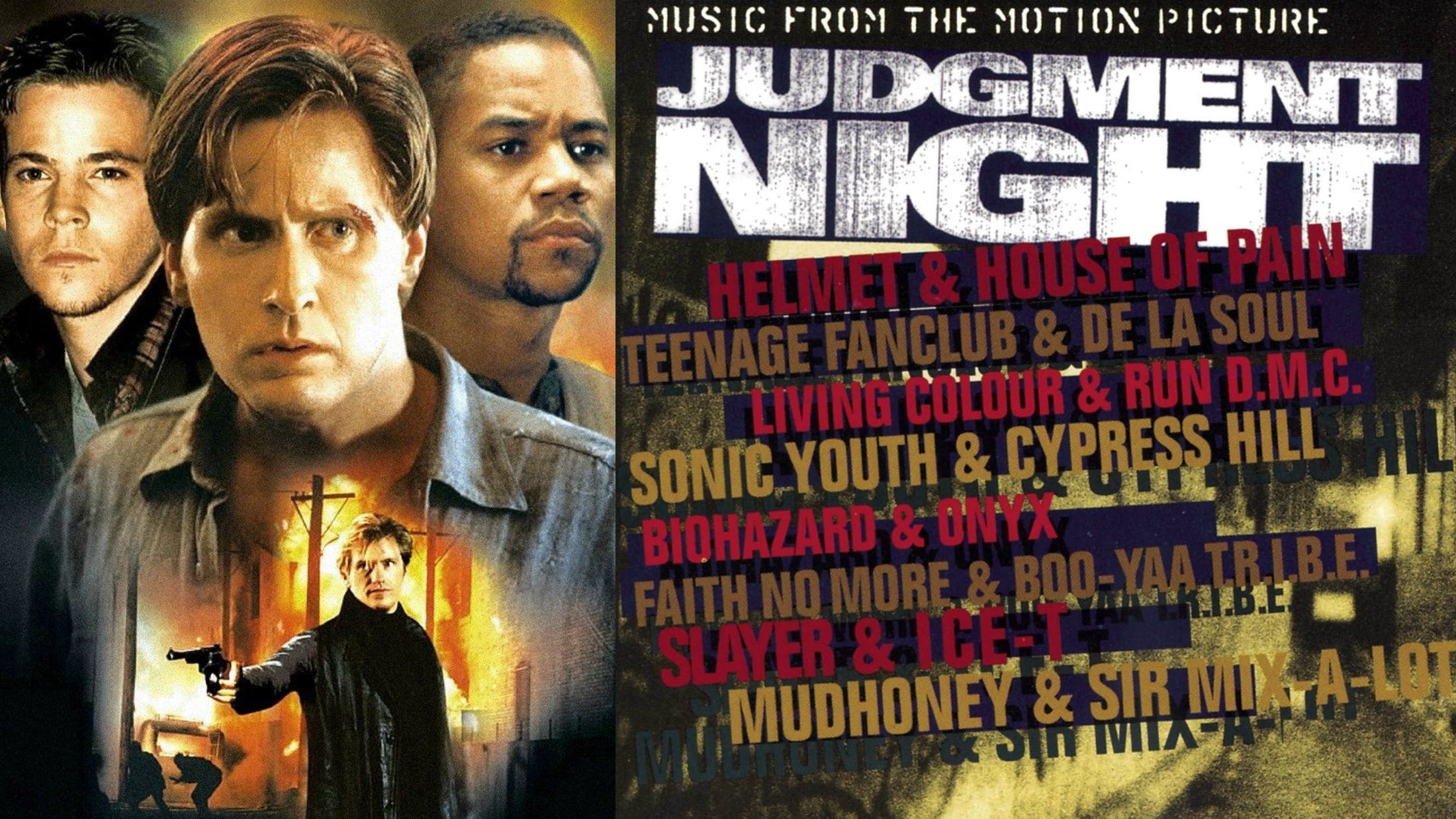 For the longest time, rap-rock was little more than a novelty. Before Aerosmith’s Steven Tyler both literally and figuratively broke down the walls between hard rock and hip hop in the iconic video for Walk This Way, his band’s re-tooled collaborative hit with Run-DMC in 1986, the Hollis, Queens trio had already melded riffs and rhymes on their 1984 single Rock Box, while Def Jam co-founder Rick Rubin had stolen AC/DC’s Back In Black riff for the Beastie Boys’ Rock Hard single and added six string crunch and bite to LL Cool J’s Rock The Bells. These were cute crossover moments, but hardly portents of a musical revolution. But I remember exactly the first time that I realised that the marriage of the two forms could be something more impactful, more incendiary.

On October 1, 1991 I’d been living and studying in America, specifically the nation’s capital, Washington DC, for exactly six weeks. For a 21-year-old raised in rural Northern Ireland, those initial weeks were quite a culture shock, so the opportunity to attend a metal gig promised a taste of the familiar. The Anthrax/Public Enemy tour, however, was a ground-breaking endeavour, the very first time a metal band had toured with a hardcore rap act. Earlier in the year the two New York bands had teamed up to record a metallised take on PE’s 1987 single Bring The Noise, and each night of that autumn/winter tour, Chuck D, Flavor Flav and the intimidating Security of the First World posse, would join Scott Ian’s band onstage for an explosive, impossibly thrilling version of the song. In a city which had witnessed racially-charged riots just four months earlier, the sight of black and white youths losing their collective shit to this momentous musical mash-up was truly electrifying. It felt like a new beginning, like the start of something important. Three weeks later, on the campus of California State University, a multi-racial Public Enemy-inspired rap-rock band called Rage Against The Machine played their very first gig. The fuse had been lit…

By the time U.S. record executive Happy Walters, the manager of Cypress Hill and House Of Pain, approached the producers of action thriller Judgment Night with the idea of assembling a soundtrack album of rap/rock collaborations, Rage Against The Machine’s debut album was already blowing up. Walters’ friend, House Of Pain rapper Everlast, had seen Rage open a New York show for Ice T’s Body Count in the summer of 1992, and had discussed the possibility of exploring similar territory in conversation with Walters and Cypress Hill’s DJ Muggs. When Everlast was cast in Judgment Night as a henchman for Denis Leary’s drug lord character Fallon, Walters saw an opportunity to promote both the film and his clients. For the film executives, the concept was a no-brainer: the only surprise was that Rick Rubin hadn’t already pitched it already.

If I recall correctly, the Judgment Night soundtrack was brought into our student flat in Belfast in 1993 in cassette form by my friend Michael, a talented drummer, who’d previously introduced the household to the likes of N.W.A., Primus, De La Soul and Geto Boys. Given that the cover promised contributions from some of my favourite rock bands – Faith No More, Slayer, Helmet and Living Colour among them – it was immediately slotted into the communal ‘boom box’… a cheapo Sony twin cassette player, if memory serves. And from the opening one-two of Page Hamilton’s breeze-block riffing and John Stanier’s earth-moving beats on Just Another Victim, a corrosive match up of Helmet and House Of Pain, 77 Haypark Avenue had a new party soundtrack.

Then just 22-years-old, Walters’ genius in pulling together the Judgment Night OST was to encourage the rock, metal and rap acts who expressed an interest in collaborating to actually get in the studio together to kick out their jams. While the Lollapalooza tour might have already helped merge the stars of MTV’s Headbanger’s Ball, Alternative Nation and Yo! MTV Raps, it’s hard to imagine, say, garage scuzzballs Mudhoney and ’phat booty’ celebrant Sir Mix-A-Lot or New York’s art-rock pioneers Sonic Youth and California’s blunts-rap crew Cypress Hill sharing a mic without his enthusiastic encouragement. With a few sulky exceptions – we’re looking at you, Pearl Jam’s Eddie Vedder – the participants largely threw themselves into the project with open minds, ready to embrace a journey into the unknown. The results, for the most part, were both exhilarating and unexpected. ‘Daisy Age’ rappers De La Soul sampling Tom Petty to make blissful chill-out music with Scottish shoegazers Teenage Fanclub? Sure. Mudhoney summoning the spirit of Funkadelic and Rick James for the raunchy, hornball thrustings of Freak Momma? Marvellous. San Franciscan mavericks Faith No More delivering gothic Gregorian chants with Samoan rappers Boo-Yaa T.R.I.B.E., who set their guns on the mixing console in order to jam? Why the Hell not, eh? Cypress Hill woozily rapping about a love of Mary Jane might not have upset the form book, but coupled with Kim Gordon’s breathy ‘Sugar come by and get me high drawl’? Nope, didn’t see that one coming, truthfully. It all sounded liberating, electric, alive. Not always on the money when it came to assessing the sounds of the underground, Rolling Stone nailed it when they declared “Judgment Night’s bracing rap rock is like the wedding of hillbilly and ‘race’ music that started the whole thing in the first place.”

It was however Walters, who would later soon steer Korn and Incubus to multi-platinum success, who truly saw the potential in this splicing of rebellious youth culture sounds. As RATM exploded, guitarist Tom Morello mused: “I’m quite confident that at the same time, record company executives in boardrooms across the nation were saying, ‘If only we can find a Rage Against The Machine that would make five videos per record and have songs about chicks and show off.’” Soon enough, with the arrival of Limp Bizkit and friends, they would get their wish. The Judgment Night soundtrack, however, is the sound of a more innocent time, the sound of barriers falling.