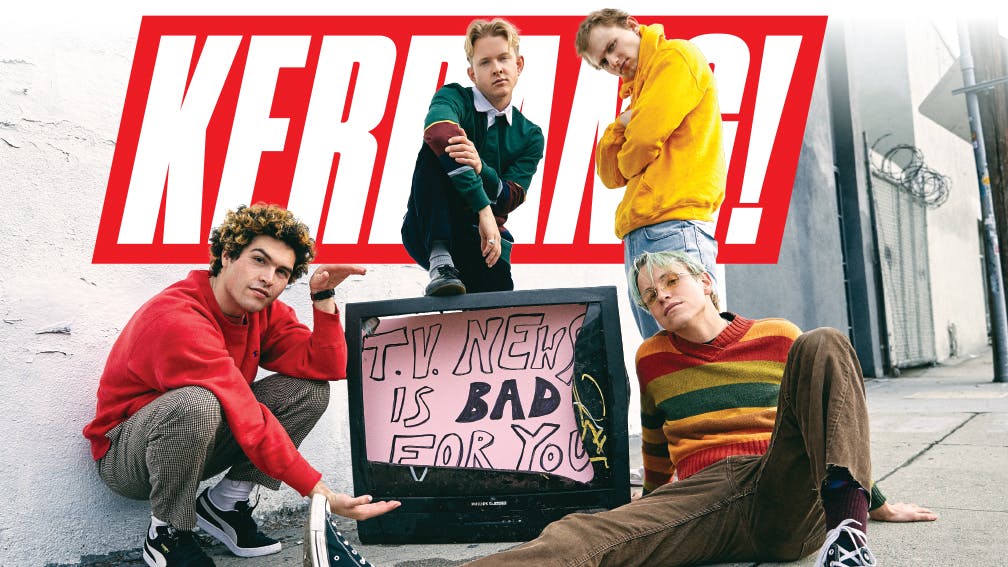 Turn on the news, and you'd be forgiven for thinking that we're all going to hell in a handbasket. But not everyone has given up hope. With the world around them afflame, SWMRS are out to douse the inferno and inspire young people with a message of positivity again…

Celebrate SWMRS' debut Kerrang! cover – the first of many, we reckon – with a killer art print, too! Guaranteed to make any wall 145 per cent cooler (and maybe cover up that pesky hole that's been there ages).

Elsewhere in the mag this week, Ozzy Osbourne revisits his epic life in the K! Interview (which was done before his recent illness… get well soon, sir!), while Blood Youth find their way through the darkness, one bludgeoning riff at a time. On top of that, MegaDave reveals all about the band's plans for music new and old, Slipknot's Clown discusses his lifelong obsession with music and art, and Palaye Royale take us on the set of their latest video.

There's a Parkway Drive poster special, too! Because how awesome was their Reverence tour?! (That's a rhetorical question.)

All this and more is available in the new issue of Kerrang! – which you can get anywhere in the world when you order online through Newsstand. But for UK residents, it hits the shops on Wednesday, February 13 from all good newsagents.