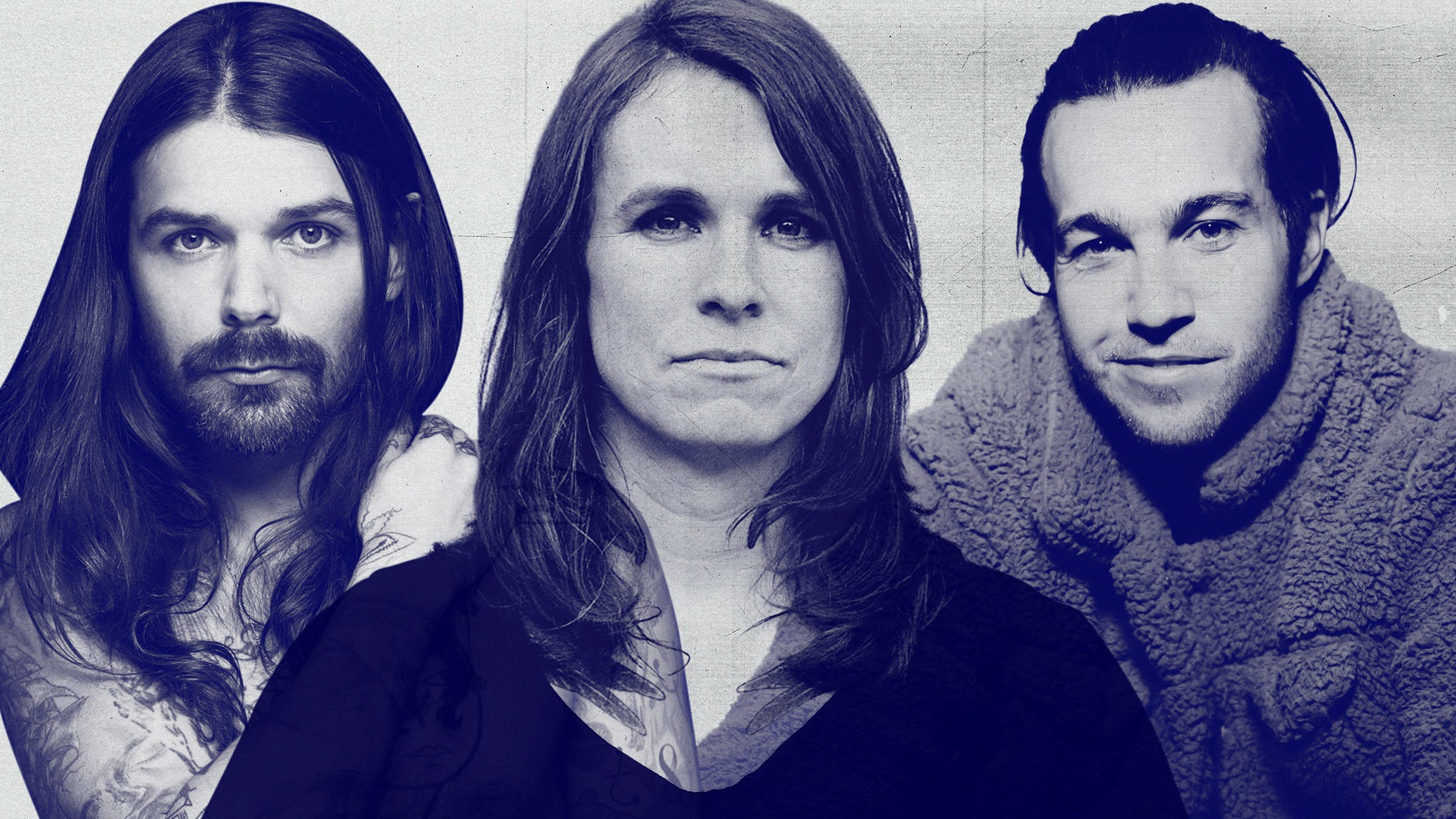 Nirvana are rightly hailed as being one of the most influential bands of all time. Considering they only put out three full-length studio albums, that's a hell of a feat. While it wouldn't be fair to apportion all of the credit to their late frontman, Kurt Cobain, his talent, charisma, outlook and the indelible imprint he left upon the world can't be denied.

Don't just take our world for it, though. Here's a selection of some of biggest names in Kerrang! paying tribute to Kurt and Nirvana's enduring appeal…

"It was kinda lame that music writers at the start of the ‘90s could only create an identity for the Seattle bands by setting them up as anti-Guns N’ Roses. I know writers like to consider the whole ‘birth of grunge’ as the death knell for Guns, but we were so big at that point that the emergence of the grunge bands didn’t really matter to us. Personally, I thought Nirvana were cool – I have four of their albums – but they weren’t as heavy or riff-oriented as Soundgarden or Alice In Chains, so those were actually my two favourite Seattle bands. I guess Axl [Rose] and Kurt Cobain had some issues, but Dave Grohl is on my album with Duff [McKagan], so at least one member of Nirvana didn’t hate me!"

"They were a great band with a genius songwriter, who had an unstoppable voice. They made a really unusual sound together. But I think there was something else that Nirvana gave: it was permission for all of us to have the right to pick up an instrument and create, regardless of your skillset or talent. And that’s a powerful lesson. I don’t think I would be here if it wasn’t for that insight."

"I didn’t really know who I was or what I wanted to be, until Nirvana gave me an identity. Having been a Guns N' Roses fan up until Nirvana arrived they showed me and all my friends you could be a normal person and do something extraordinary. They are without doubt, the band that saved my life."

"The first time I heard Nirvana, it totally turned my head. It was Nevermind on a mate’s stereo. Before them, I was big into bands like Metallica and AC/DC… bands that sounded shiny, perfect, unattainable. Nirvana sounded like me and my friends playing; Kurt’s tone, parts and playing were all within my reach. Kurt taught me to play it like you fucking mean it."

Laura Jane Grace, Against Me!

"The timing of Nirvana breaking into the mainstream pretty much coincided with me moving to the U.S. from overseas. I grew up on a military base in Italy, and over there I had nothing like MTV or whatever. I was listening to loads of metal bands like Metallica and Skid Row, as well as a bit of Guns N’ Roses. When I moved over, Smells Like Teen Spirit was getting played all the time on the radio and it had a huge impact on me. At first, I didn’t really know what to make of it. Through them, I discovered the early wave of grunge, bands like Soundgarden, Alice In Chains, Pearl Jam and Mother Love Bone. But Nirvana always stood out. Kurt took inspiration from all the other underground artists like the Pixies, so Nirvana can’t be defined by that time and place in Seattle like all the others can. Kurt was the first anti-rock star. He did exactly what he wanted and maintained control and integrity. Every musician wants to reach a wide audience… but Kurt never cared for fame or stardom."

Matt Tuck, Bullet For My Valentine

"The simplicity of it was a big factor for me. It was like, ‘Wow, this is super simple, but it’s every bit as powerful!’ Jamming Nirvana songs with the boys was actually more fun than playing all the metal stuff. You didn’t have to think, you didn’t have to worry about being super smooth or nailing these intricate transitions, you just got to rock out and have a laugh. As a songwriter, he taught me that you don’t have to be a guitar wizard or some kind of genius musician to make powerful music that lasts forever. You can change the world with the simplest songs. I think that’s an important lesson for any musician. It’s the attitude; songs with this great sound without being over-produced. They sounded real, jumping out at you. All these years later, Nirvana still teach us the importance of rock."

"I knew Kurt was super-talented, he was incredibly charming and witty and then, it was like a switch would click in his head and he would shut down emotionally, go sit in the corner and wouldn’t talk. Nirvana had a fierceness in their music and Kurt wrote these beautiful melodies. Because of the way he sang, there was something emotionally that came out of his voice that people could relate to. Part of that was anger, part of it was pain, part of it was a vulnerability that you can hear; it was a lot of different things at the same time."

"I was into some of the early Sub Pop stuff because there was a lot of crossover from hardcore and punk and the early grunge community. Nirvana were one of those bands who bled through everybody. Albums like Bleach had punk soul and spirit because it was extremely raw. They embodied the same things that early, pure rock’n’roll had – and they did it in the ‘90s, which made them a rare animal. At the time, commercial pop music was so processed and lifeless. All of a sudden there was this explosion of artists like Nirvana."

"I saw Nirvana when I was 15 and it was an amazing show – life changing. I got Kurt Cobain and Courtney Love autographs after the show. Getting into Nirvana was a turning point for me. I loved them. After seeing Nirvana, we actually changed our line-up and became a three-piece. Before that we had been a five-piece metal band, struggling to make it – and seeing Nirvana showed us that a three-piece could be powerful."

"I loved the rawness and the honesty of the music, even though the lyrics didn’t make a whole lot of sense to me. I remember we were going to some high school dance the night Kurt died, and everyone was bummed the next day – people had Ks on their hands and black armbands on. They were a very influential band, enough that they stopped a wave of music, and it’s kinda crazy for one band to do that. Kurt had principles and he was driven by them, but he was also driven crazy by them."