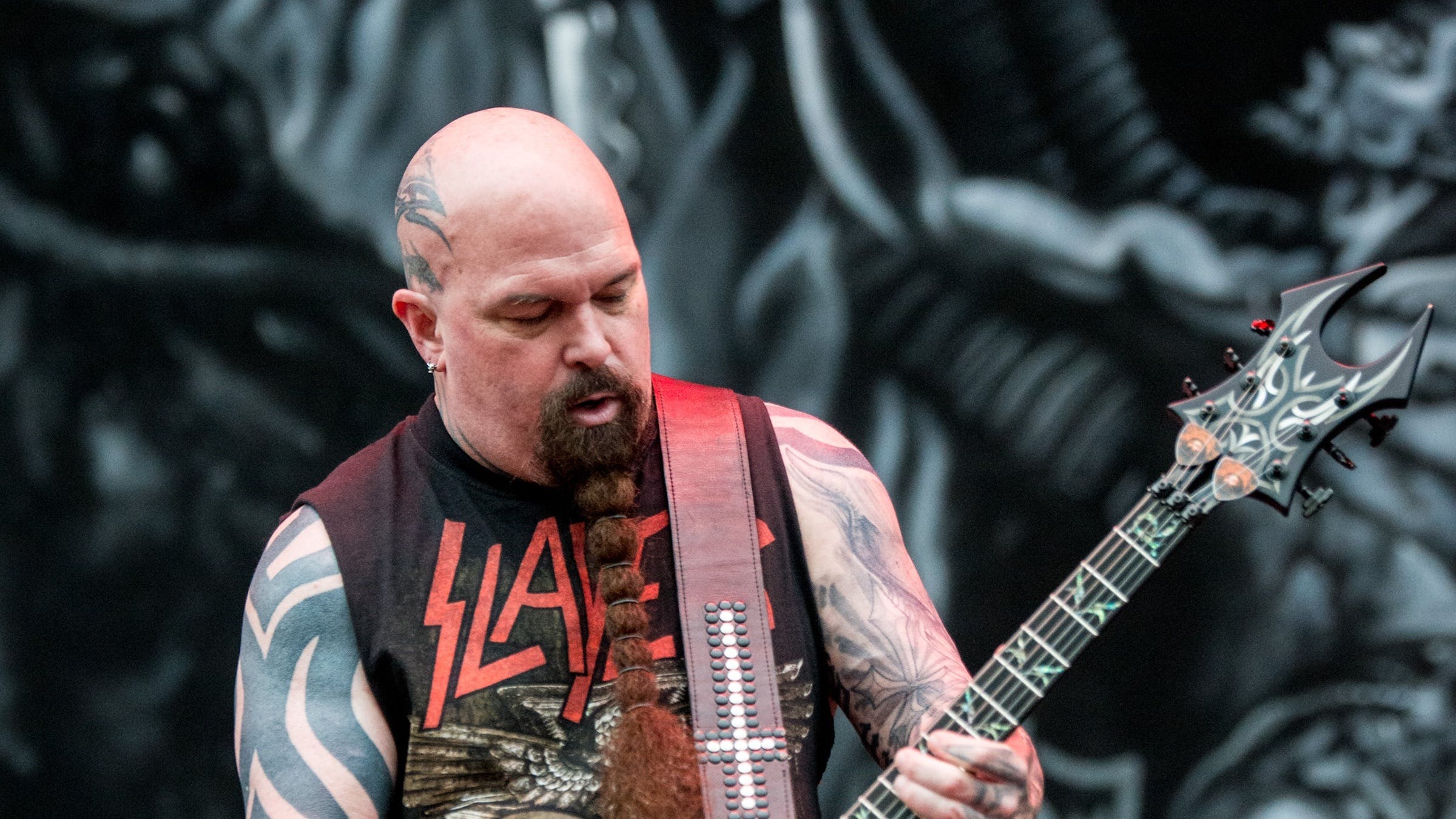 From the moment Slayer announced that they would be ending their touring career in 2019, fans around the world speculated about whether or not they'd get back together. The band's manager even implied that though touring was over the band wasn't, but he was quick to note that he doesn't see them reuniting onstage any time soon. Now, guitarist Kerry King has commented that he's got something else up his sleeve, though it might not be more Slayer.

In a recent interview with Guitar World, Kerry spoke about the prototype of his new Dean signature guitar, saying, "I play the Dean guitars for 12 of the 20 songs we play live. And, I know, everyone talks great things about new products, but I also know that my reputation is being a straight shooter. I am super pleased with the new guitars. The only thing I’ve changed from the first two Deans is I’ve finally come up with graphics."

He also thinks that the guitar, currently limited to 50 U.S.-made, will see a wider release, saying, "I’m sure there will be a larger factory run. I’ve been so busy with the final [tour] that we haven’t really discussed it, unfortunately."

READ THIS: The 10 Slayer songs every fan needs to know

When asked about his musical future, Kerry said simply, "Let’s just say… Dean didn’t sign me for nothing!"

Obviously, this quote leaves everyone to wonder: what's next for Kerry? Will it be a solo album, similar to what Lamb of God's Mark Morton and Crowbar's Kirk Windstein have done in the recent past? Or does he have a new band in the works behind the scenes?

Only time will tell. Until then, here's Mandatory Suicide to tide you over: