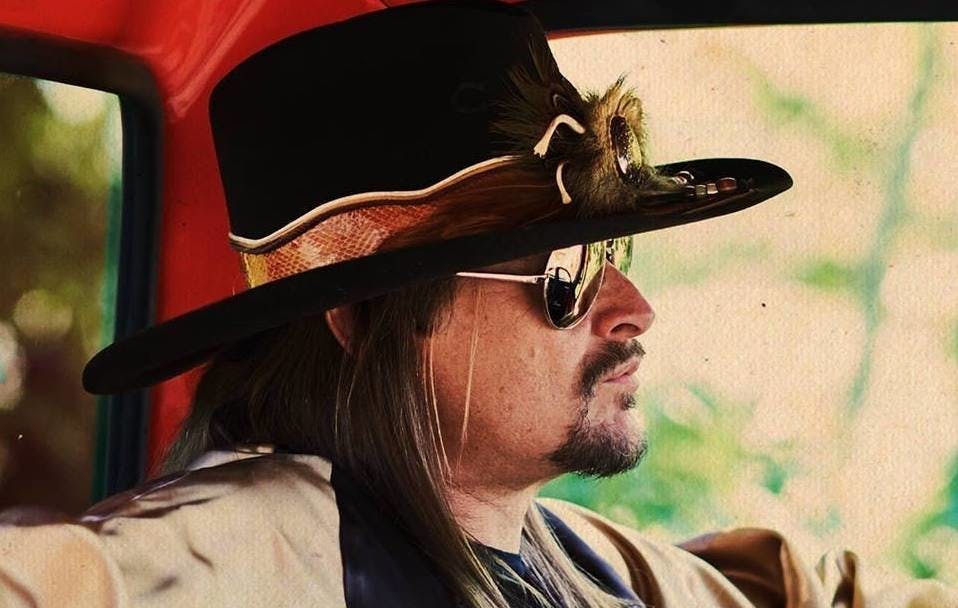 Remember when we all laughed at the idea of Kid Rock running for senate? Some jokes should stay jokes, but here we are: the rock-rapper, partially famous for nonsensical lyricism and a sex tape, has delivered his first political speech in a legitimate run for election in Michigan, in 2018.

Kid Rock’s not filed his paperwork for said run, yet, making his appearance in Grand Rapids, Michigan last week technically illegal. But then, why would this Cocky Devil Without A Cause, this Early Mornin’ Stoned Pimp, the kind of Motherfucker who it’s unlikely any of us have ever met, care about such things as paperwork? This guy is the Bullgod, right? Paperwork? Pfft.

Anyway, Rock had social welfare, single parents, deadbeat dads, white supremacists and a whole lot of Jesus in his sights, during a four-minute speech laden with expletives.

On single mums, the Stars and Stripes-flanked political hopeful said: “The issue of struggling single parents is an issue close to my heart. But read my lips, we should not support these women who can’t even take care of themselves, but keep having kid after fucking kid! Of course we should help them out. I don’t want to sit here and sound like a jerk. But let’s help them out with childcare, job training, and put their goddamn asses to work.”

He delivered one opinion we can all agree on, certainly: “Nazis, fuckin' bigots, and now again the KKK—I say screw all you assholes.”

“It seems the government wants to give everyone health insurance, but wants us all to pay. And to be very frank, I really don’t have a problem with that, since God has blessed me and made my pockets fat. But a redistribution of wealth seems more like their plan, and I don’t believe that you should say, ‘Sacrifice, do things by the book, and then have to take care of some deadbeat milking the system, lazy ass motherfucking man.’”

He wasn’t done with lazy dudes, dads who don’t chip in, adding: “All you ghetto glorifiers and gangster wannabes, I say lock up all you fuckin’ assholes and throw away the key!”

Gangster wannabes. I can’t even. Check out the excerpt below, or or if you really want to watch the whole thing, you can, here. He’s really, really into his Jesus. I mentioned that, right? He’s also into Donald Trump but, at the end of his speech, drops the bomb that he quite fancies himself as a future President of the USA.

“Wouldn’t it be a sight to see,” he (kinda) raps, “Kid Rock in Washington, DC… Standing in the Oval Office like a G, Holding my dick, ready to address the whole country.”

Yes, indeed. Like a G. That’d be a hell of a sight. One that truly, finally told us: these are the end times. Da bang da bang diggy diggy diggy...

8 Albums In Which Bands Totally Changed Their Perspective

Here are eight albums on which bands announced a whole new outlook on music.