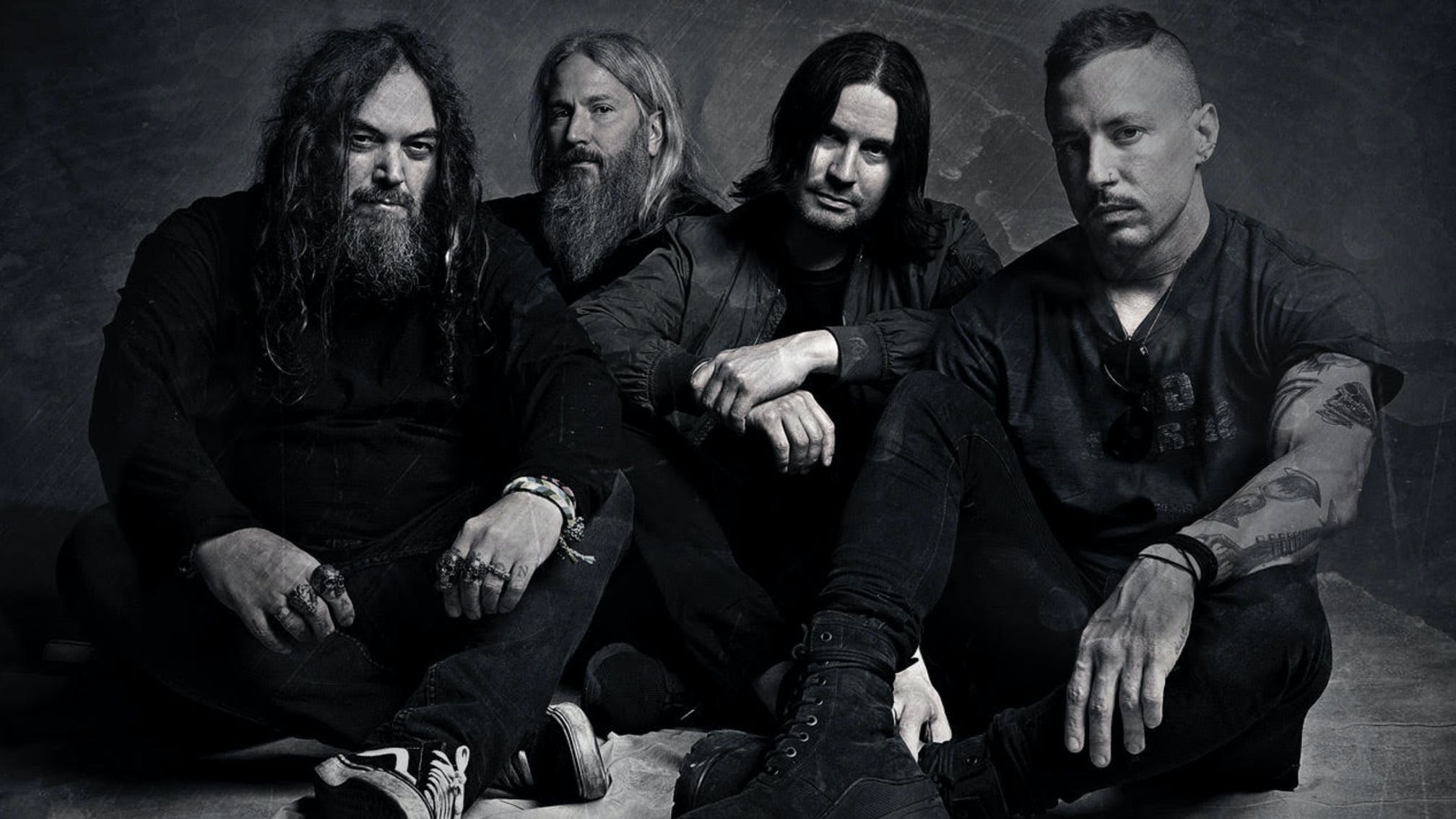 Killer Be Killed, the ultra-heavy coming together of Soulfly’s Max Cavalera, Troy Sanders from Mastodon, and ex-Dillinger Escape Plan/Black Queen singer Greg Puciato, are releasing their second album, Reluctant Hero, on November 20. But if you feared a Samson-like bout of weakness from Max after he cut his 20-odd-year-old dreadlock off the other week, we have good news: their new single, Inner Calm From Outer Storms, out on Friday, is heavier than a whole shed full of dreads.

“It’s about the camaraderie, musically and personally, which is so important to us and which feels so healthy,” says Troy of the band. “It’s an environment and an atmosphere when we’re together that’s just purely enjoyable. People ask, ‘Why would you need to be in this band?!’ or, ‘Why would you need to do this with another group of guys?’ The energy and excitement is very particular. It’s just a fabulous experience to get to do it with those guys. They’re wonderful to be around. They make me laugh. They’re all very humble. If jamming with those guys didn’t mean the world to me, I just wouldn’t do it.”

On how the new album ended up coming about, Troy explains: “Our first record came out six years ago. We ended up only ever playing that one short tour of Australia, but it left us on such a high note that in the five years since, amongst the four of us it’s never been a question of if there will be another record, but when. We’ve stayed in tight contact, living by the calendar, and every time the four of us had five or 10 days free at the same time, we would meet in Phoenix, Arizona and work on new music. In our hearts, this was just too damned good to let go after one album and one short tour.”

READ THIS: "This Was Just Too Damned Good To Let Go After One Album": Troy Sanders On The Return Of Killer Be Killed