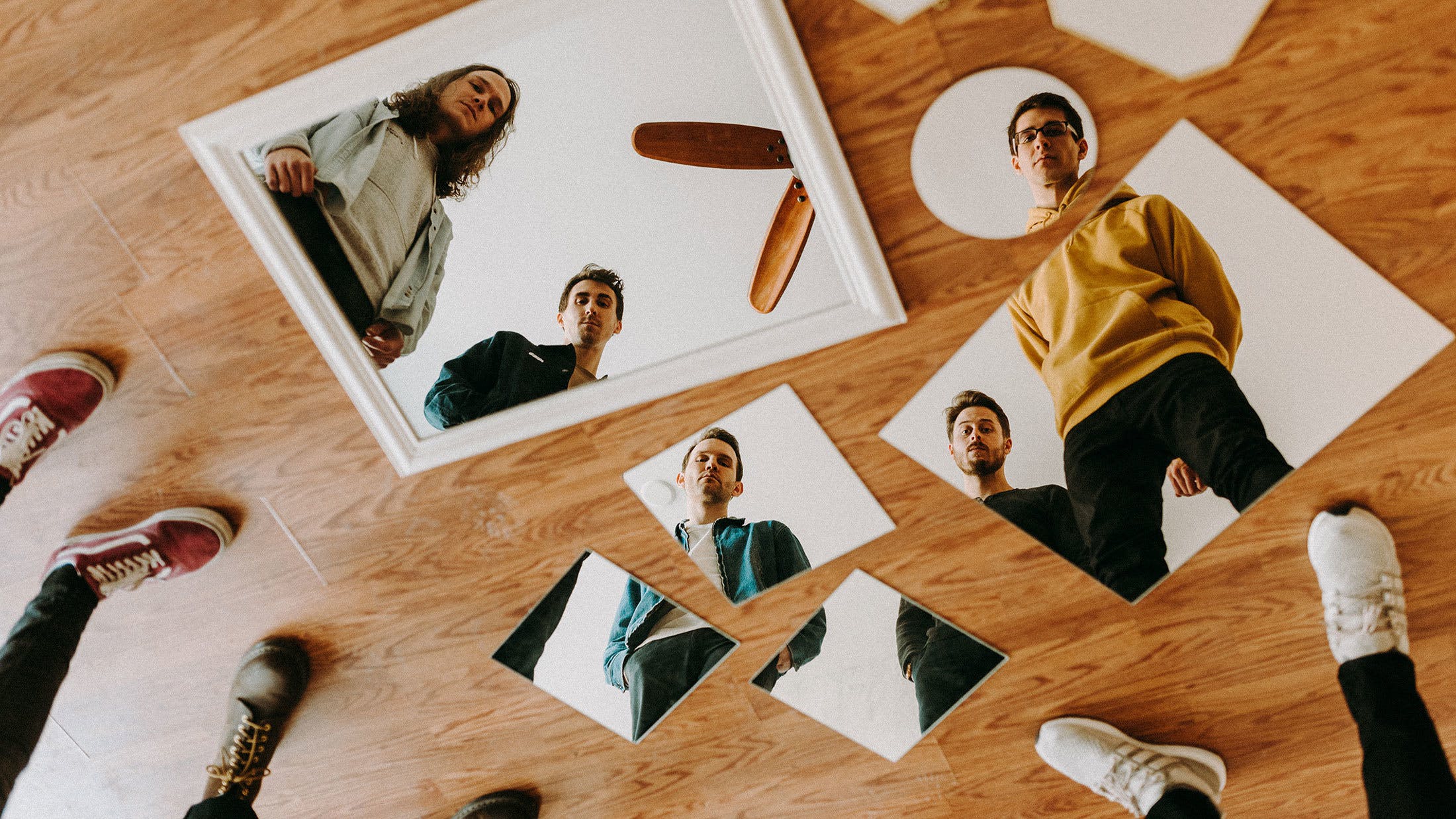 Joe Taylor has been using lockdown as an opportunity to fulfil a long-held musical ambition. For over 10 years he's wanted to learn the piano, and now the restrictions associated with the coronavirus pandemic have granted the Knuckle Puck frontman plenty of time to perfect the craft. As Kerrang! joins him, we find the Chicago native in the midst of playing around with the new Wurlitzer he’s picked up…

“I’m loving it,” Joe begins, discussing his new purchase. “Previously, I’ve never had the confidence to write anything that’s just for myself, but for the past month I’ve been using the quarantine situation as an opportunity to give piano and solo writing a go, and I’ve actually recorded a full solo album in that time. The music isn’t really about quarantine, though – it’s more just self-reflection.”

By the sounds of it, Joe might be branching out from his day job fronting one of modern pop-punk's most beloved bands pretty soon. Despite working on some solo material, though, his thoughts are very much on Knuckle Puck right now, with the band – completed by vocalist/guitarist Nick Casasanto, guitarist Kevin Maida, bassist Ryan Rumchaks and drummer John Siorek – releasing their new album, 20/20, this week.

In a year dominated by bleak news cycles and an even bleaker outlook for the music industry, 20/20 is a record that provides a shot of feel-good positivity that we could all do with. Written prior to the coronavirus outbreak, Knuckle Puck’s third album is all about seeing the good in the here and now.

“This is a lot more positive than our other albums,” Joe says when introducing the theme of 20/20. “[2015 debut album] Copacetic was a very emo, feelings-based record, and [2017 follow-up] Shapeshifter was built around frustration and anger, but 20/20 came from our desire to just make a fun album. The meaning of Copacetic was to reassure the listener that everything was going to be alright, but I think we missed the mark a little and it came out too mellow. With 20/20 we wanted to revisit some of the themes we had for that record, and this time I think we got it right.”

Reflecting on the work they did on Copacetic, Joe and his bandmates were determined to use their debut as a learning experience to inform their next move. In 2015, they tried to write an upbeat, positive album, but as young men in their early 20s who were still coming to terms with who they were, the message became a little muddled.

Joe remains proud of Knuckle Puck’s first album – rightly so, given it contains some of the band’s biggest songs to date – but ultimately, it’s with 20/20 where they’ve really seized the mantle of positivity.

“It all comes down to the fact that we love playing music,” Joe explains. “We sat down and had some really deep conversations about what we wanted to be putting out there with this band and the message we wanted to be getting across with this album, because it’s important to us to really believe in the things we’re singing about. When it came to figuring all that out, we landed on the belief that, because we have such fun being in Knuckle Puck, the outlook of the music should really match that feeling. On previous releases, that hasn’t always been the case.”

This reflection points to each Knuckle Puck record being a product of its time. Copacetic, Joe says, fell somewhat into the trap of relying too heavily on juvenile, self-wallowing lyrics. Shapeshifter, meanwhile, was the result of Knuckle Puck “banging our heads against a brick wall for five months,” leading to an album characterised by raw anger.

“We didn’t want to go back to that,” Joe admits. “When you’re having a great time playing a show, but the kids in the audience are singing words back at you that are pretty depressing, it doesn’t quite feel right. That was the big change we enacted for 20/20.”

Said change and a shift to optimism shines through across 20/20. The easy-going pop-punk of Breathe (which features Mayday Parade’s Derek Sanders) offers advice – ‘Don’t forget to breathe’ – that’s very welcome in this anxiety-riddled time of a pandemic. Elsewhere, Into The Blue finds Joe turning his back on the darker times he personally experienced around the Shapeshifter campaign, electing instead to live in the moment and celebrate the joys of life.

The song Earthquake, meanwhile, is a super-positive power-pop anthem that encapsulates everything Knuckle Puck are aiming to achieve with 20/20.

“In 2016, I probably wouldn’t have considered Earthquake to have been a Knuckle Puck song,” Joe admits. “But now, it works. We tried do something more pop-leaning a little on Shapeshifter with the track Want Me Around, and I’m pleased we’ve pushed that further on this album. In 2020, it feels like we can put our name to anything we believe in – 10 years on from forming, we really feel like Knuckle Puck can sound like whatever we want it to.”

For all this positivity, however, there are innumerable uncertainties hanging over the music industry. 20/20 was pushed back from an initial June release, and it’s impossible to say when Knuckle Puck will be able to tour this album and truly get a feel for whether fans are on board with this new, forward-looking incarnation of the band.

Despite the question marks, though, Joe is very much practising 20/20’s carpe diem outlook. And more than anything, it’s the unwavering optimism of his band’s latest music that he wants people to take away from Knuckle Puck’s new album.

“When everything closed down, there were a good two or three months where we were feeling the doom and gloom of it all,” Joe concludes. “But for the last few weeks we’ve all really been embracing it and trying to be creative. I feel like 20/20 has become a prophetic thing, because when we were writing it, we were really pushing ourselves to have that positive outlook, and now, several months on, I’m really living that way, and the path of positivity is very much the one I’m going down. I’m unequivocally embracing the words of 20/20.

“With all that’s going on in the world, people really need some positivity to believe in.”