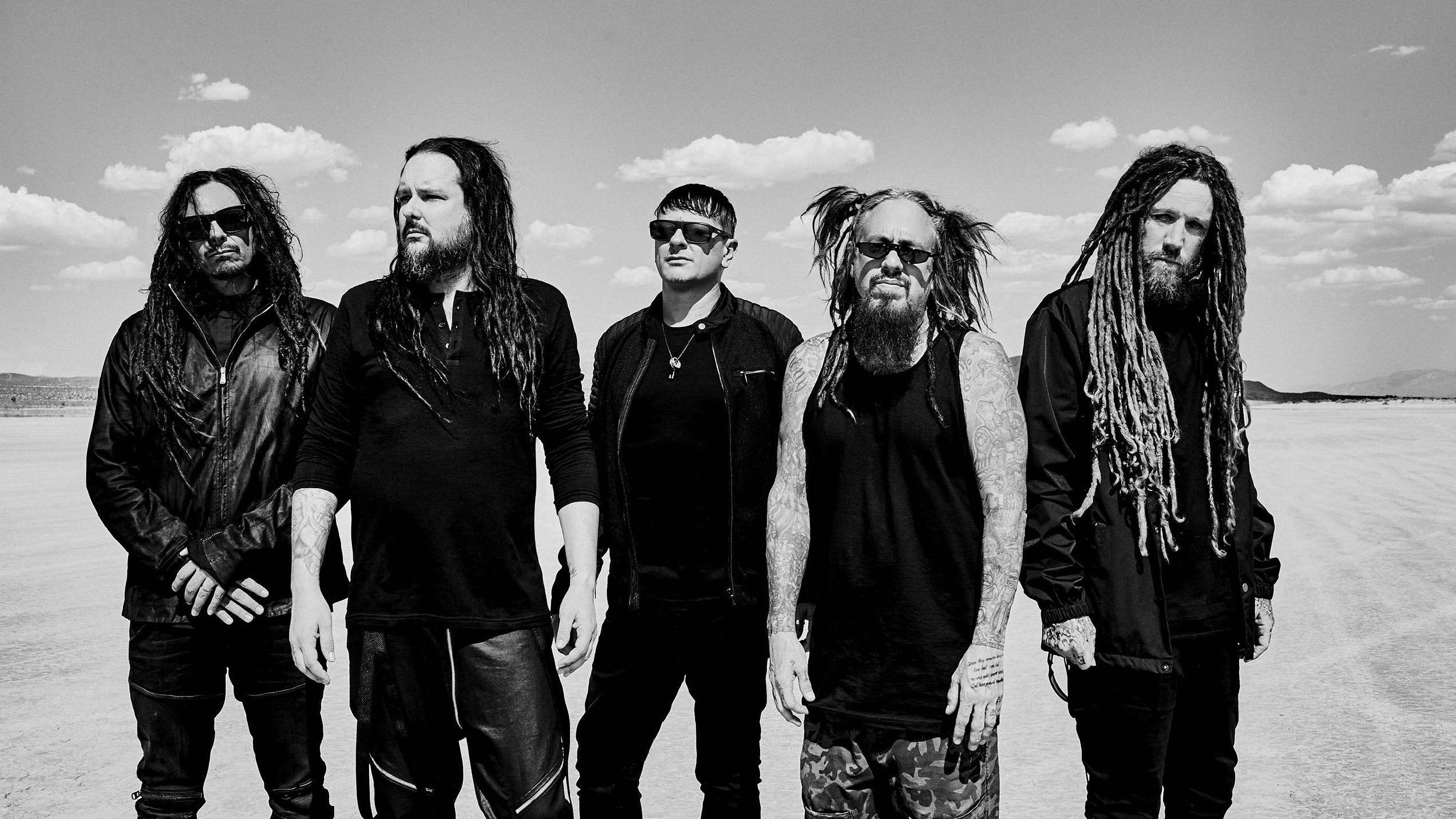 Next week, Korn release their thirteenth album The Nothing. So far they've dropped two tracks in the form of You'll Never Find Me and Cold, and now they've released a visualiser for Can You Hear Me.

But that's not all, the video also acts as a trailer for their upcoming podcast project also titled The Nothing.

The six-part podcast anthology series was created by the band alongside Adam Mason and Simon Boyes. The series tells the story of journalist Matt Singer who travels to the small town of Wellden, Kansas to investigate the mysterious disappearance of a teenage girl.

Details of the podcast air date will be released in the coming weeks.

In the new issue of Kerrang!, we talk to Korn frontman Jonathan Davis about the darkness that surrounds him and the new album, which was created in the aftermath of his wife Deven passing away. We also talk about Korn's impact and legacy as nu-metal pioneers, and how they've managed to stay the course for over 25 years.

“We were ultimately just outcasts,” remembers Jonathan. “Nobody knew what to fucking do with us in the early days; we were doing tours with No Doubt, Pennywise and KMFDM, but the metal community took us in. We had distorted guitars and were heavy, but no-one knew what to do with us.

“We didn’t fit in anywhere. Who’s this guy with a fuckin’ tracksuit playing bagpipes? It’s the weirdest fucking shit."

READ THIS: The 10 best Korn videos of all time

He continues: “I used to hate being called this and that, I hated labels. When we first started we were like, ‘We’re not a metal band, y’all’ then they’d go ‘Oh, then you’re nu-metal!’ Well fuck you!”

But over two decades later, Jonathan is much more comfortable with the dreaded ‘nu’ prefix.

“If we invented nu-metal then fuck yeah, cool,” he laughs. “It’s pretty cool to say we helped invent some kind of movement, that’s pretty insane. The last big movement was us. Other bands helped along the way, but we spearheaded that whole thing.”

Order your copy of Kerrang! now.