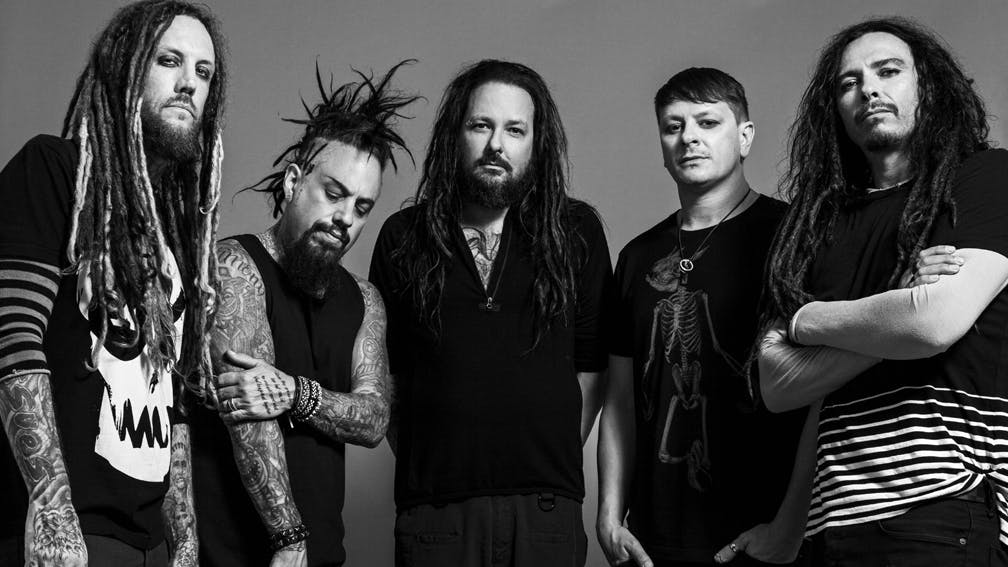 Korn seemingly haven't been having the greatest luck touring America lately, with a third member of the band testing positive for COVID-19 in as many months.

After frontman Jonathan Davis got it in August, then guitarist James 'Munky' Shaffer missed several dates after testing positive in September. Now drummer Ray Luzier will be absent for the band's next three shows as he also has coronavirus; he'll be temporarily replaced at these dates by FEVER 333's Aric Improta.

"Unfortunately, Ray has tested positive for COVID, and he will not be playing the next three shows in Vegas, Fresno, and Oakland. Korn will be continuing on as scheduled despite these circumstances.

Read this: How Korn’s self-titled debut made me the metalhead I am today

"We are anticipating a quick recovery for Ray and he should be back to play the Los Angeles shows with us."

They add in the caption: "Aric Improta from FEVER 333 will be filling in so we won't miss a beat."

Read this: 10 lesser known Korn songs that everyone needs to hear