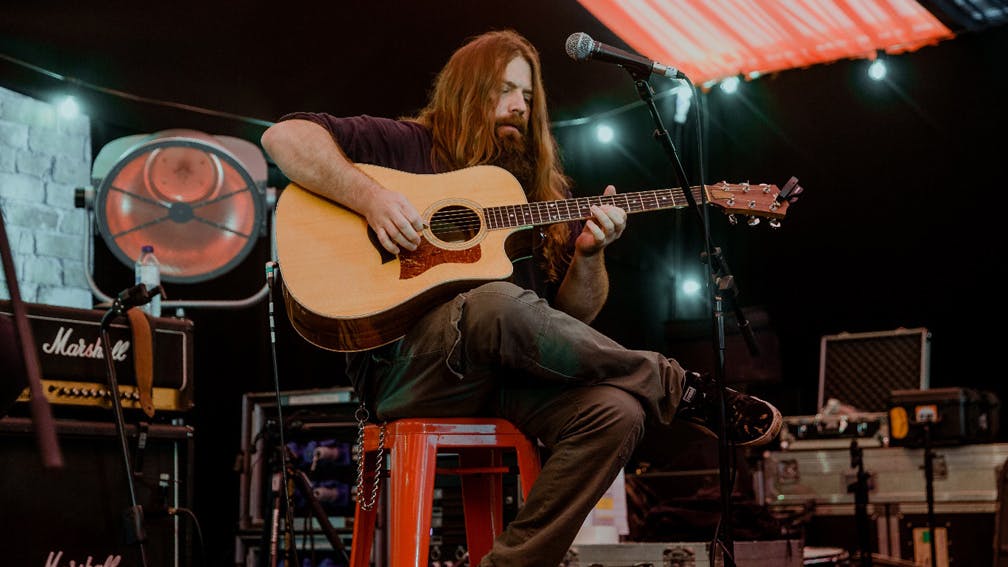 Mark Morton – Lamb Of God's guitarist extraordinaire – has announced his first-ever solo tour outside of America.

The six-stringer will be hitting UK shores for a five-date run early next year in support of his album Anesthetic, which was released earlier in 2019 via Spinefarm Records. Mark has previously played across the pond for a surprise set at this summer's Download Festival, of course, but this will be his first proper run of shows.

“I’m thrilled to announce this very special acoustic tour of the UK!" Mark enthuses. "We had such an amazing time with the acoustic set at Download and I’m really looking forward to expanding on that experience with these upcoming shows. Joining me once again will be Mark Morales on vocals and guitarist extraordinaire, Joe Harvatt. We’ll be performing acoustic versions of many of the songs from Anesthestic and a few covers of some of our favourite tunes. We’ll also be debuting some new original material as well!

Read this next: 19 rock stars who worked regular jobs before they became rock stars

"I couldn’t be more excited for this opportunity to play these intimate shows with my friends all over the UK Look forward to seeing you all!"

Next year should be pretty busy for Mark, given that he's also got a potential album with Lamb Of God coming, too; the shredder revealed back in June that the follow-up to 2015’s VII: Sturm Und Drang is “under way”.

When asked about the pressure going into album number nine, he revealed: “I don’t think any more than usual. The new material is always really important to us, and it is this time as well. So we’re really putting a lot of ourselves into it and a lot of our personal experience and a lot of good energy going into it. But at this point, I don’t think there’s any pressure, except just to document where we are at this point in our career and feel good about it.”

Read this next: Lamb Of God's Randy Blythe – The 10 songs that changed my life