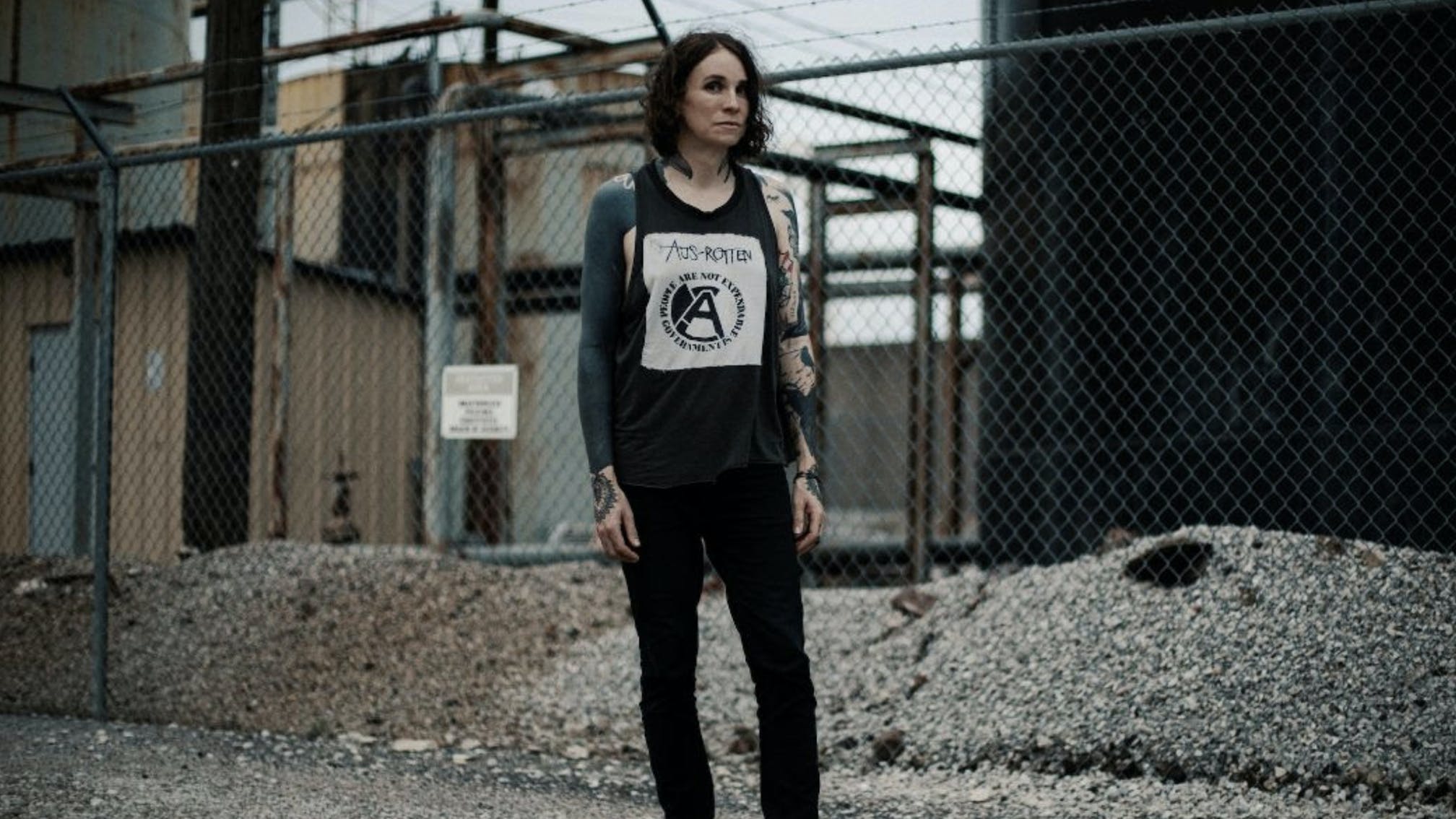 Laura Jane Grace has surprise-released a brand-new seven-song EP, At War With The Silverfish.

The follow-up to 2020's Stay Alive, the Against Me! singer explains of the new record, "These are songs of late night madness and loneliness, orphan songs that came wandering in looking to feed like insects."

She adds of the theme of this next era of music: "I've learned that if you share your experience with good intentions that the universe will always surprise you with abundant return. Every song is an act of faith; you don't necessarily know why you're singing it other than you know you've got to sing it.”

Listen to At War With The Silverfish:

The surprise release of At War With The Silverfish follows Laura's absolutely genius set at Four Seasons Total Landscaping in August.

"I’ve played Giants Stadium," she joked. "I’ve played Wembley. Sang onstage with Cyndi Lauper. Written songs with Weezer. Been onstage with Joan Jett. None of that compares to this. I’m 40 years old and I can draw a bigger crowd than Rudy, and I have more Twitter followers than Donald fucking Trump, which isn’t fucking so bad for a transgender high school dropout.

"It’s been fun both imagining how this is all going to play out and then also just like imagining Four Seasons as a company, thinking about the strife and the drama that must go on internally,” Laura added. "There’s probably like the one side of the company, or the friends of the company, who are like, 'You all lost your way, man! You used to be about cutting grass.’”

Against Me! singer Laura Jane Grace was a marked improvement on the last person to address the public in the Philly strip-mall car park…

June 1 marks the start of Pride Month, and Kerrang! have teamed up with a number of prominent rock stars to celebrate the LGBTQ+ community and address the issues they face.

Laura Jane Grace and Frank Iero are punk rock lifers. From helping to define their formative years to making it their creative legacy, punk has been the fuel in the fire of their personal revolutions. Who better to go record shopping with, then?