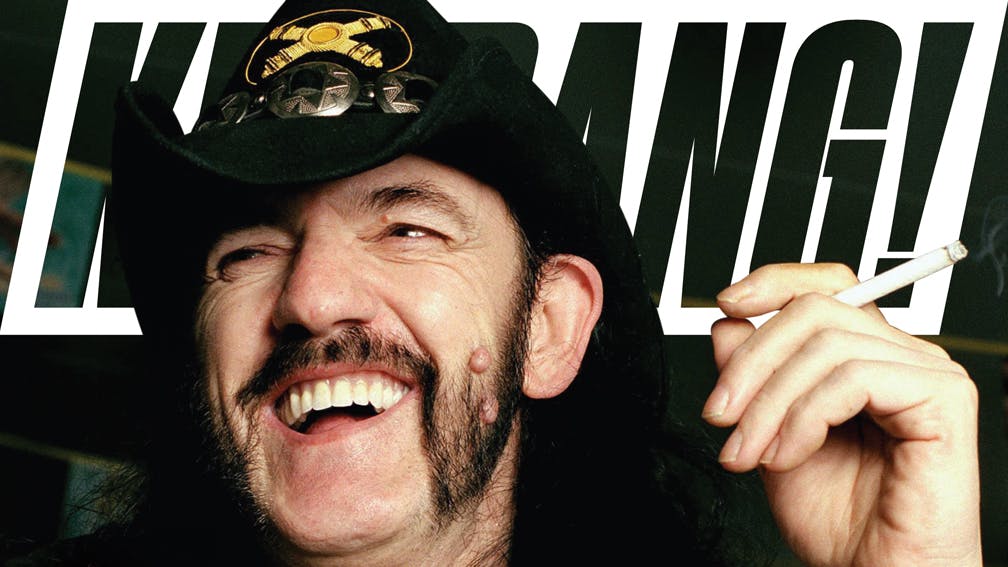 The legend of Motörhead is one that was first forged 40 years ago with the release of their timeless albums Overkill and and Bomber. No-one embodied that reputation more, though, than the band’s leader, Lemmy. A friend of the man born Ian Fraser Kilmister for the best part of three decades, Kerrang!’s Mörat celebrates the wit, charm and humour of a rock’n’roll lifer…

Plus, there's a killer free ’head print courtesy of Boybeechdesigns.com!

Elsewhere in the issue, Foo Fighters' drumming legend Taylor Hawkins takes our life-spanning K! Interview, while Twin Atlantic reveal how they rediscovered themselves by going DIY for their new album, and there's an epic new Slam Dunk Festival announcement. On top of that, we reveal the results of The Greatest Emo Albums Ever – as voted for by you…

In the reviews section, cult French blackgazers Alcest voyage through darkness into light on their astonishing sixth album, while Josh Homme gets more mates together for his latest Desert Sessions chapter. On the live front, there's high drama and sweet delirium as Biffy Clyro emerge for their only Scottish show of the year, The Struts bring an explosion of glitter and sass to the Steel City, and Brummie metallers SHVPES show London the shape of things to come.

There are six ace posters, too, featuring Dinosaur Pile-Up, We Are The In Crowd, Panic! At The Disco, Dream State, Bury Tomorrow and Killswitch Engage.

All this and more is available in the new issue of Kerrang!, which you can get anywhere in the world through Kerrang.Newsstand.co.uk. But for UK residents, it hits the shops on Wednesday, October 23 from all good newsagents.