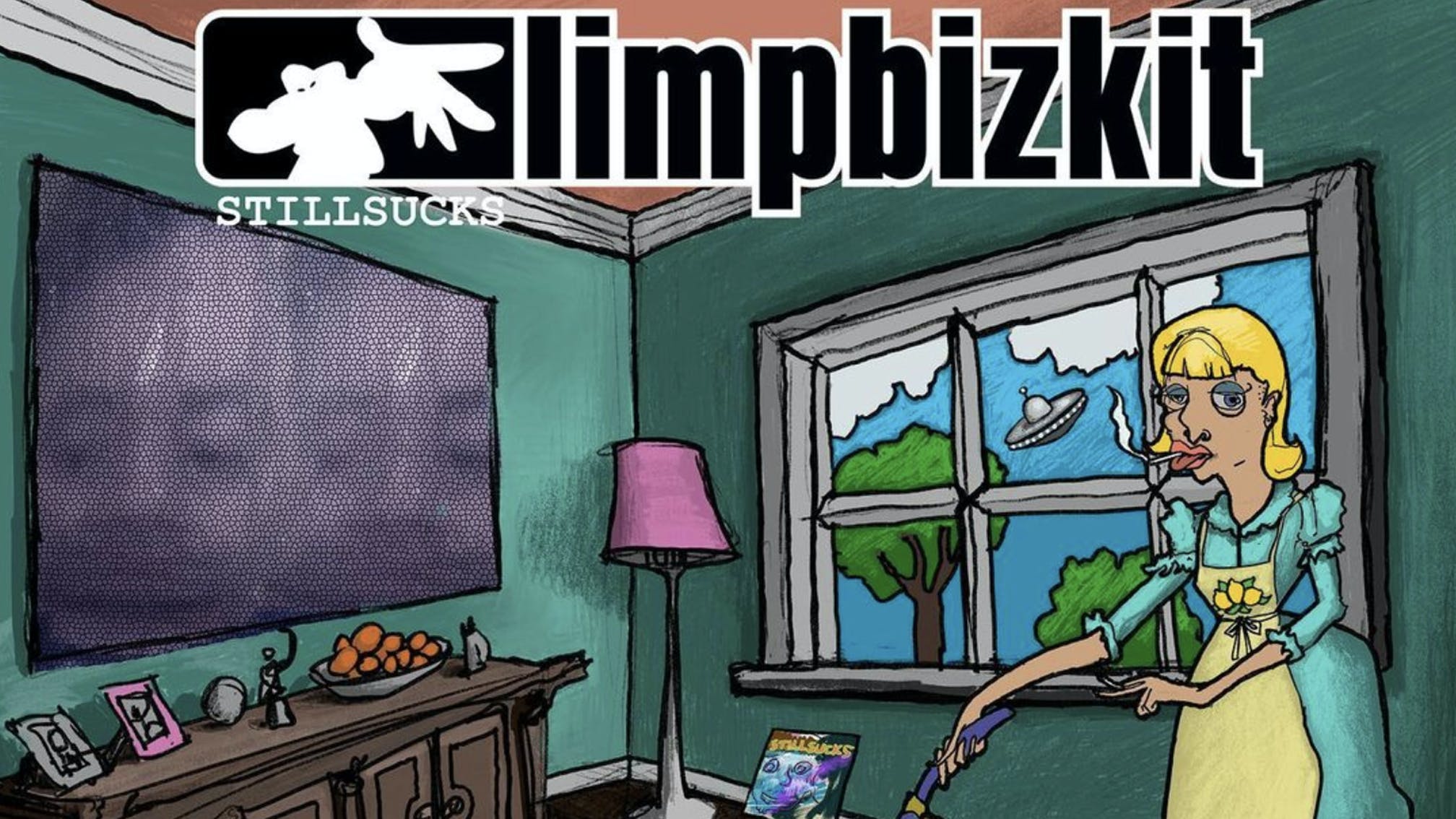 It's official! After teasing a Halloween release for their new album, Limp Bizkit have confirmed that their long-awaited sixth LP – the follow-up to 2011's Gold Cobra – is indeed arriving this Sunday (October 31).

The record originally had the title Stampede Of The Disco Elephants but has now been renamed Still Sucks, and it will consist of 12 tracks according to Fred Durst. As well as recent single Dad Vibes, the vocalist also previously revealed that other song titles on the album are Turn It Up, Bitch and Goodbye.

Read this: “It was about smashing down walls”: How Adidas invaded nu-metal

One lucky reviewer named Jake Bacon – who looks rather a lot like Wes Borland in sunglasses and a wig – has already heard the full thing. Check out his thoughts below (plus several snippets of the album) in a delightful segment named Jake Bakes Your Recordz: