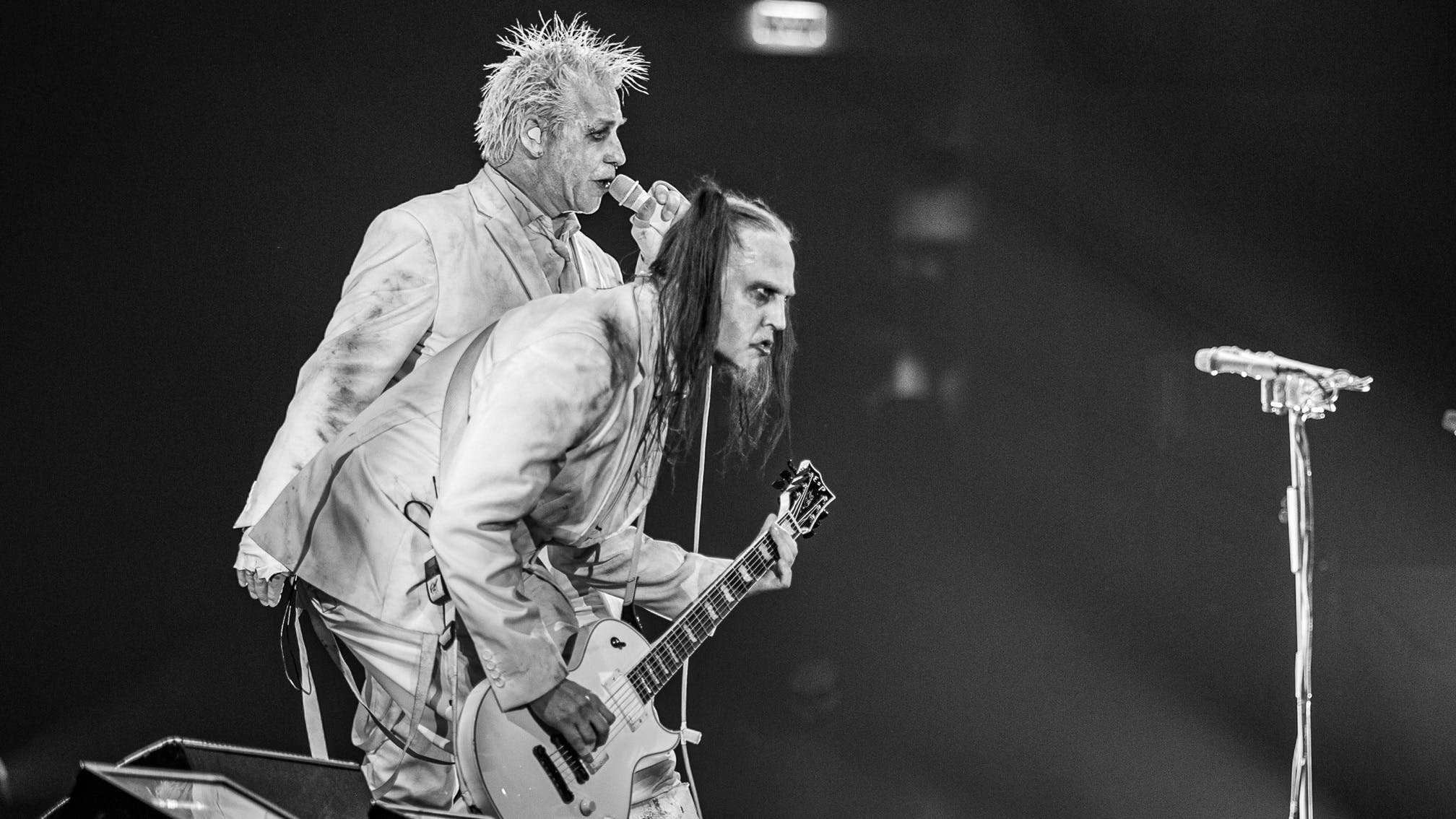 Weird to think that just over a year ago, on March 15, 2020, Lindemann played their last show before lockdown, an enormous affair at Moscow’s VTB Arena. But it happened, and thanks to the whole thing being filmed by director Serghey Grey, it’s been turned into a frankly ridiculous concert film.

It wouldn’t do to release such a thing straight to YouTube and, being a man who won’t be hobbled, Till Lindemann is bringing the film to cinemas around the world for one night only on May 20.

Read this: The real Till Lindemann: Meet the man behind the flamethrower

As well as being the band's last shebang before concerts shut down, the movie also captures the final performance of Till and former musical partner Peter Tägtgren, who ended their musical relationship in November, with the project being referred to as “a memorial to the special combination of two exceptional musicians that, over the space of just two albums, have created their own, unique musical coordinate system”.

Pre-order opens on May 13. Tickets and venue details are available here.

Meanwhile, Rammstein have been busy themselves during lockdown. With their summer stadium tour now rescheduled twice, the band have instead been working on the follow-up to 2019’s Untitled album.

“The fact that we couldn’t perform live increased our creativity. We had more time to think of new things and less distraction,” keyboardist Christian ​‘Flake’ Lorenz told Motor.de. “As a result, we recorded a record that we hadn’t planned on.”