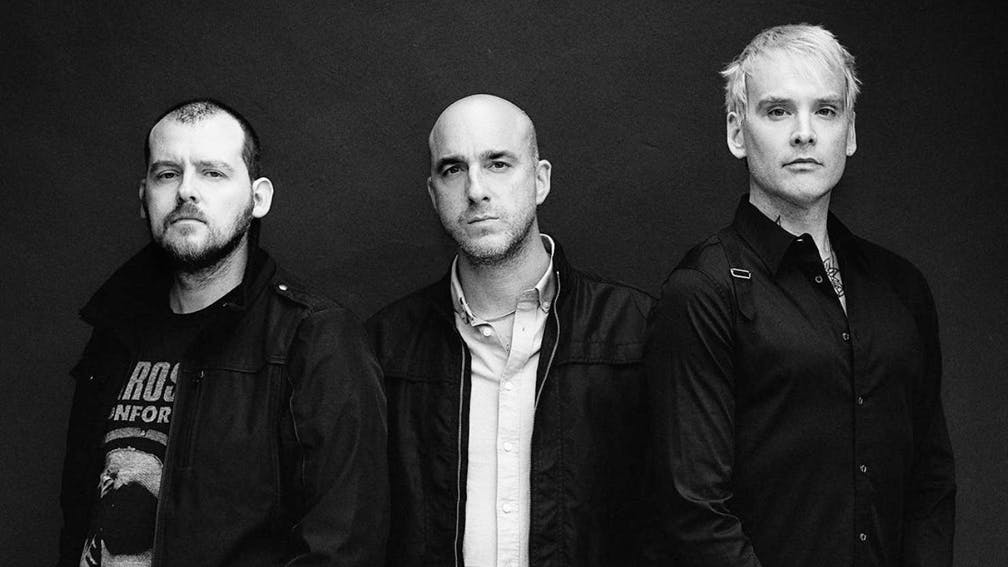 Alkaline Trio have shared a brand-new song, Demon And Division.

The song comes ahead of the release of the band's new album Is This Thing Cursed?, which is due out Friday. Pre-order the record now at this link, and pick up the new issue of Kerrang! to read all about it.

Check out Demon And Division:

We're told that the making of Is This Thing Cursed? is a throwback to the creative process of the early days, when the band rehearsed in a tiny apartment on the edge of Chicago’s Humboldt Park in the band’s hometown, at the intersection of Damen Avenue and Division Street, near D&D Liquor. The appropriately titled Demon and Division isn't a million miles from the vibe of the song San Francisco, one of the beloved tracks from their very first album, Goddamnit, which was released 20 years ago next month.

Catch Alkaline Trio on the road at the following: