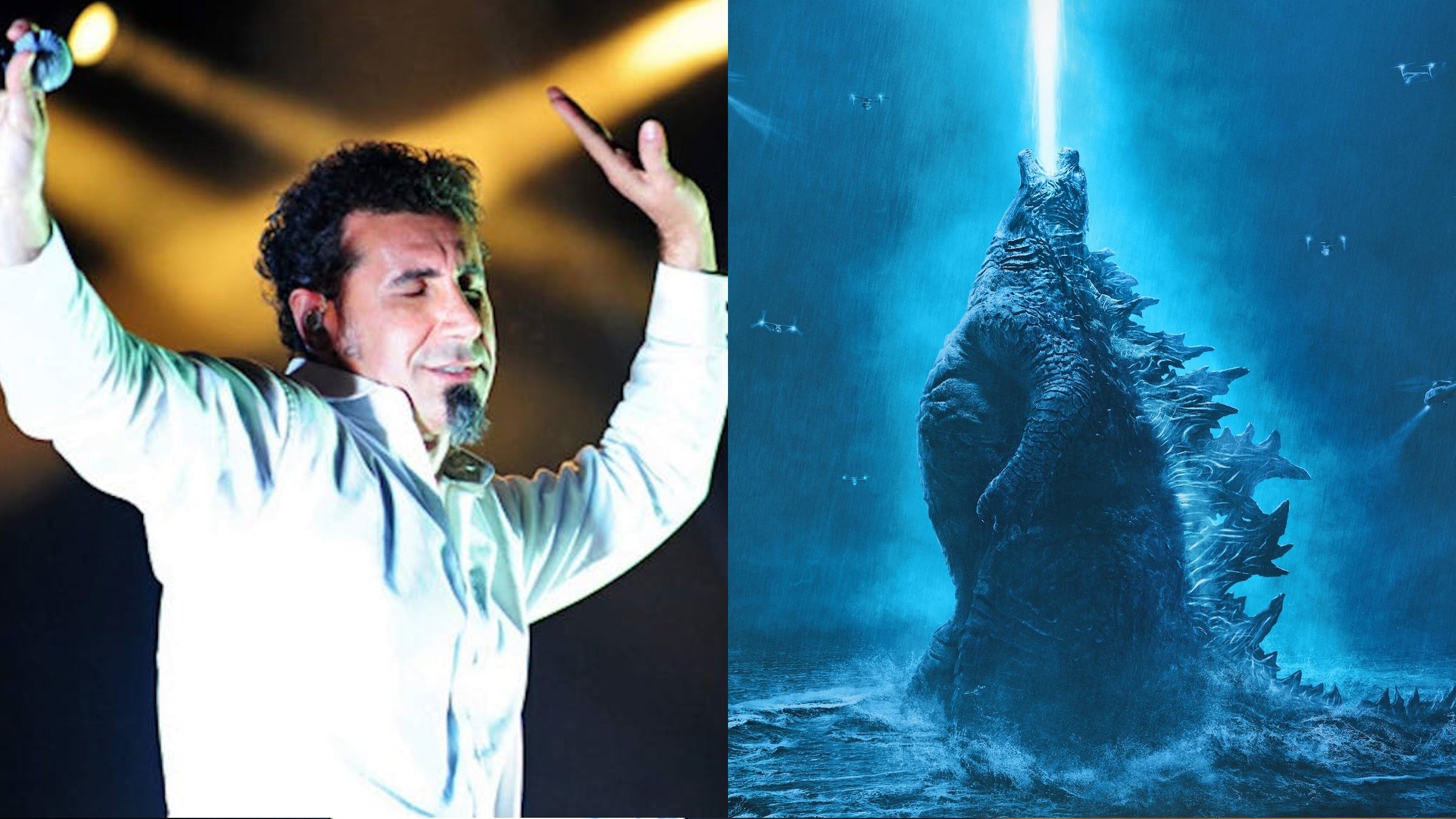 Just because System Of A Down doesn’t have any new music in the distant future doesn’t mean the members haven’t been working on their own endeavors. Serj Tankian especially has been dipping his toes into pools all around the music world, from releasing his orchestral record Orca Symphony No. 1 to the unique Jazz-Iz Christ. Now, he’s beginning to get into soundtrack territory, as shown by his guest vocals Bear McCreary’s cover of Blue Öyster Cult’s classic track Godzilla, performed for the upcoming film Godzilla: King of the Monsters.

This rendition of the classic track follows much of the same formula as the original, just including more orchestral elements to add to the grandiose of the film. Then come the vocals, with harmonies that match the song's huge tone perfectly. This track even features death and thrash metal legend Gene Hoglan of Testament and Dethklok fame on drums, displaying how serious Bear McCreary was on making the perfect cover for this film. McCreary had stated that the song is “perhaps the most audacious piece of music I have ever produced, jammed to the breaking point with orchestra, choir, taiko chanting, taiko drumming, heavy metal rhythm section, Gene Hoglan’s blistering double-kick drums, and Serj’s distinct vocals. It is complete musical madness.”

Check out Serj's take on Godzilla below:

Serj Tankian has also been working on soundtracks for other forms of media as well. Most recently, he composed the soundtrack for the new iOS first-person shooter, Midnight Star. At this time, there is no news on anything related to touring or any System of a Down updates.

Bear McCreary has previously composed for smash-hit series The Walking Dead. The soundtrack for Godzilla: King of the Monsters consists of 26 tracks, all constructed by McCreary to pay homage to what was put down in the original Godzilla films. This goes to numbers like this cover of the Blue Öyster Cult track to new renditions of the Godzilla and Mothra themes, composed by Akira Ifukube and Yugi Koseki respectively.

System Of A Down: Every album ranked from worst to best

Serj Tankian discusses his unique vocals: "I didn't consider myself a singer… I was thrown into it"

System Of A Down's Serj Tankian explains the origins of his iconic and unique vocal style.

Serj Tankian delivers songs from the best System Of A Down album that never happened.