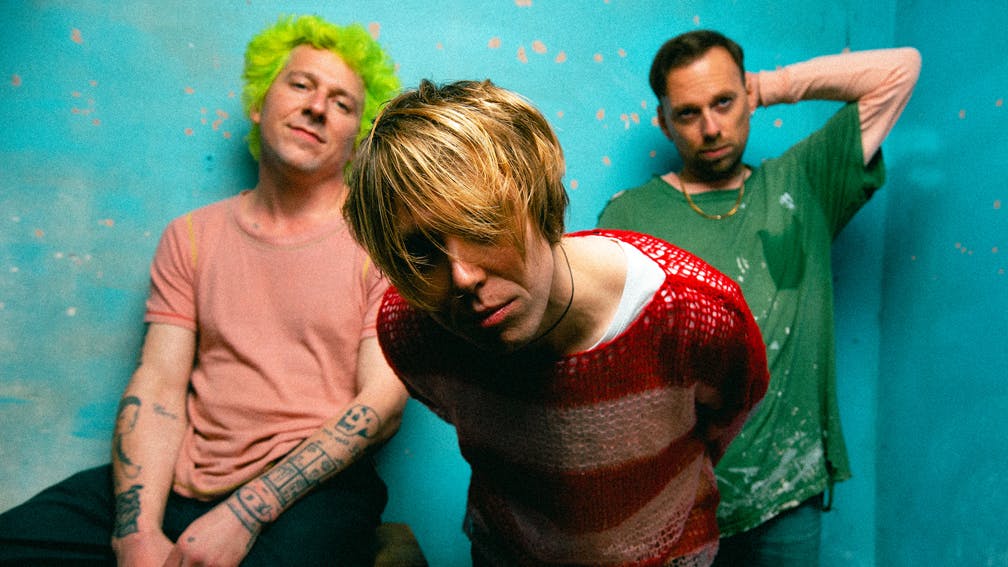 The XCERTS have dropped their first new music it what feels like an age, and announced a new deal with UNFD. Which, detectives, means that sweet smell you're getting in the air is a new album somewhere down the line from the Aberdeen-via-Brighton pop-rock heroes.

The track, the fizzing GIMME, is the first release from the band since 2021's So No One Told You Life Was Gonna Be This Way cover EP, and their first new music since 2019. It sees the band in charged-up, colourful mode, and represents a recharging after the past few years.

"It’s been too long since we last released new music and we wanted to reintroduce ourselves with a rebirth of sorts," they explain. "GIMME is our most bombastic piece of work, sonically and musically, so it felt like the perfect introduction to the new era.

"Unapologetically in your face and written with complete artistic freedom. Lyrically, it’s more observational than gut-wrenchingly personal; when burning desire meets apathy, it’s both comical and pitiful, which makes for one hell of a scene.”

On signing to UNFD, frontman Murray McLeod says, “We’re over the moon to have joined the UNFD family. It’s perhaps the first time in our career we have signed with a label who are as passionate about the band as we are. We feel very fortunate to be taken on by such a brilliant and versatile company this deep into our career.”