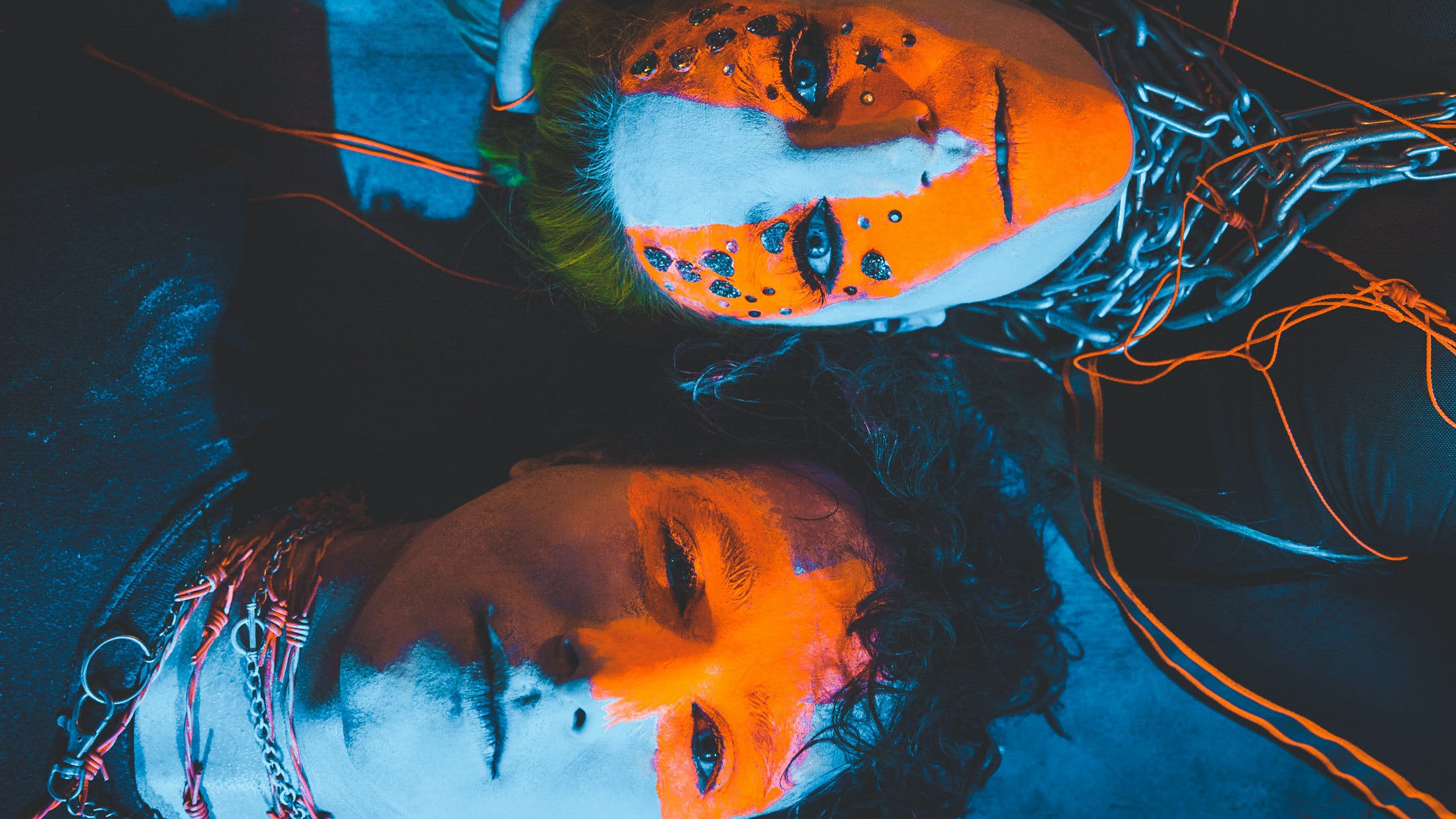 Scottish pop-rockers Vukovi have released a video for their track All That Candy, taken from their upcoming album Fall Better.

The duo's forthcoming record will be released on January 24 via their own label VKVI.

“When writing this I was going through a really angry stage towards my OCD," says vocalist Janine Shilstone. "Angry because I physically wanted to hurt this thing which I couldn’t, so talking back and standing up for myself seemed the next best thing.

“For the video All That Candy I wanted there to be three strong contrasting looks. This was the first time we’ve done this, and it’s definitely something I want to do more. The gunge I’m getting poured my head is actually lemongrass Fairy Liquid from Tesco. I had to keep subtly tilting my head so it wouldn’t go in my eyes 'cause it would’ve hurt like fuck!”

READ THIS: 20 bands who succeeded after their original vocalist left

Speaking about their upcoming Fall Better LP, Janine says that despite their songwriting improving since the debut, the band's mental health has got worse.

"This album is our therapy and we hope it’s gonna help a lot of people as well. I wanted to do a concept album, but actually pulling one off is another thing, so we sort of met in the middle for this album using the intro and interlude to stamp out a solid futuristic theme. Album three might be the one to take the leap and actually do a full concept.”