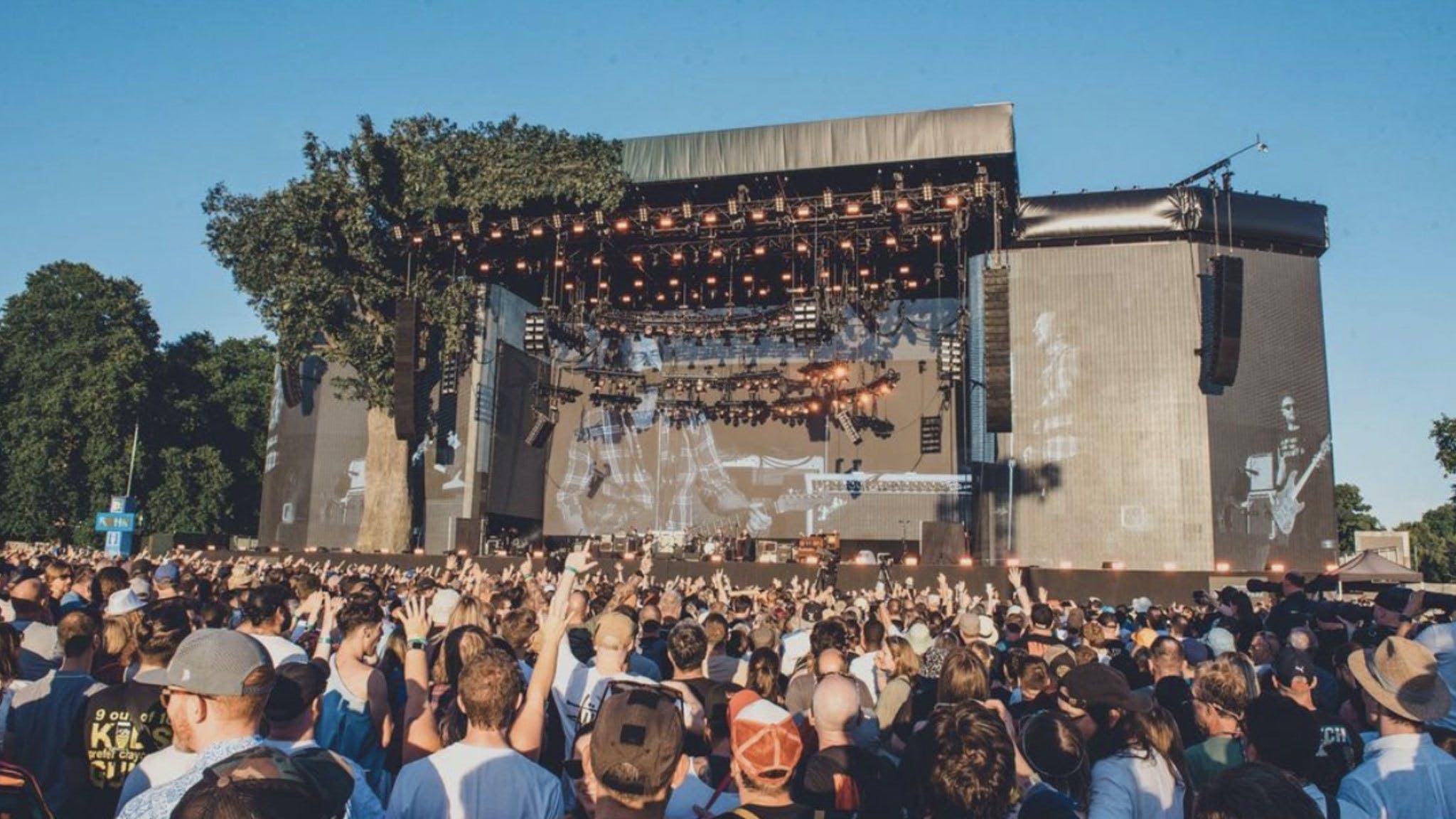 For over 30 years now, Pearl Jam’s story has unfolded as a defiant inversion of the one many critics would have once predicted for them. Against a constellation of their hometown peers harpooned by fame and tragedy, this is a band who have managed not only to endure but also thrive. That they are headlining two nights at BST Hyde Park is testament to this, joining Adele and the Rolling Stones in being the only other act to do a prestigious double-header this year. The two sets that unfold may be almost completely different – of 44 songs aired, only Alive and Porch are repeated – but the defining spirit emanating from the stage remains the same. This is Pearl Jam in gratitude mode – at one point Eddie Vedder even comically chastises himself for repeatedly thanking the London crowd between songs. The love is real. And it is most certainly reciprocated.

What transpires are two nights stockpiled with so many memorable moments that even the incongruous sight of tennis legend John McEnroe joining them for a cover of Neil Young’s Rockin’ In The Free World somehow only registers among the lesser talking points. For one, across their sets, Pearl Jam deliver a grand reaffirmation of their sheer emotional and musical breadth as they administer a cavalcade of anthems: Alive, Black, Corduroy, Elderly Woman…, Garden, State Of Love And Trust, Do The Evolution, Porch, Even Flow, Wishlist, Betterman, Animal, Given To Fly, Not For You and Daughter. Predictably and deservedly, all of these familiar staples earn wildly ecstatic responses.

What arguably matters most, and continues to distinguish Pearl Jam, is that they are never reliant on their greatest hits. To that end, more exciting is the long overdue UK live debut of material from their brilliant 2020 record Gigaton. The joyous, scrappy punk of Superblood Wolfmoon, the futuristic groove of Quick Escape, and the entrancing Dance Of The Clairvoyants – replete with its glorious closing macrame of vocal lines – all make their impact felt among the familiar classics. Best of the new batch, and a very close runner-up for the title of best performance across both nights, is Gigaton’s elegant closer River Cross, as thousands of phones illuminate the London dusk while Eddie plays pump organ. All of the above offer irrefutable proof that, 32 years after forming, this is a band still conjuring some of their best material.

Notably, Pearl Jam’s post-COVID return to touring has – for now at least – not yet summoned the Herculean sets which have long defined them. Lest we forget, last time they played The O2 in London we were treated to a spectacular 33-song smorgasbord. Because they are a band who can (and will) play practically any song in their catalogue, and have fostered an insatiable live fanbase animated by that very fact, even a 100-song PJ set would likely fail to appease the whims of every fan. There will, inevitably, always be that one annoying person banging on about how they need to play Bee Girl (your correspondent is one of them). Yet somehow, so well are these two Hyde Park sets curated, they overcome even the stinging absences of Gigaton’s best song Seven O’Clock, both Rearviewmirror and Release, and the omission of any material from their 2006’s self-titled outing.

The deep cuts aired have a lot to do with how they manage to get around these AWOL gems. Serving up tracks that would sate even the most persnickety of archivists, there’s In Hiding, Rats, Low Light, Breath and, best of all, Throw Your Hatred Down (only ever played live 15 times, compared to, say, Even Flow’s 854). On the latter, The Smiths talisman Johnny Marr joins them for a riveting run through the track PJ recorded with Neil Young for 1995’s Mirrorball album. Make no mistake, these more compressed setlists – in part due to the enforced curfew at Hyde Park – may mean less songs are played, but this is offset by the sustained intensity of the performance. It’s equilibrium, baaaaaaby! Special mention must go to Mike McCready. One can only assume that he shaved a good few centimetres off his fingertips during his imperious bouts of shredding.

There are also a string of special moments that have nothing whatsoever to do with the songs played. Always a band to put the human touch into their superhuman musical exertions, there are a host of instances where Pearl Jam forge a deep sense of intimacy in spite of the grand scale of the occasion. And without playing a single note. Eddie Vedder remains not only a preternaturally gifted vocalist, guitarist and lyricist but also a grand orator. It’s not just how exquisitely the songs are played, it’s also the emotional context in which he frames them. The frontman pays tribute to those fighting in Ukraine and to the late Taylor Hawkins, evidences a flinch of pain as he relays that the subject of Save You was someone he couldn’t save, and also meditates on religion and “defamation of the truth”. Another poignant moment comes on the second evening as he delivers a striking observation on the sheer amount of stone required in the U.S. to make the graves of those lost solely to gun violence. “If anyone doesn’t have empathy or respect for the sanctity of life – their own and others – if they don’t have that, then that’s exactly the person we don’t want to have with a firearm in their possession,” he says to applause that is equal to that of any song played.

For all the mesmeric moments across both evenings, the highlight comes with Light Years – a single from 2000’s Binaural that, by virtue of only being performed 91 times in the past 22 years, has established itself as something of a rarity live. On the opening night it is played in dedication to a late fan – Donna Goggins, who died unexpectedly in February – and her family. With the combined weight of the lyrics and her image being displayed during the song, it’s an overpowering thing to bear witness to. It’s also one that speaks to another reason why Pearl Jam have endured. It’s not just the quality of their music, but also the sense of community they have carefully cultivated over the years.

Pearl Jam have played many shows in London, but it’s unlikely the band – or anyone in attendance – will forget the time they knocked Hyde Park out of the park. Twice.