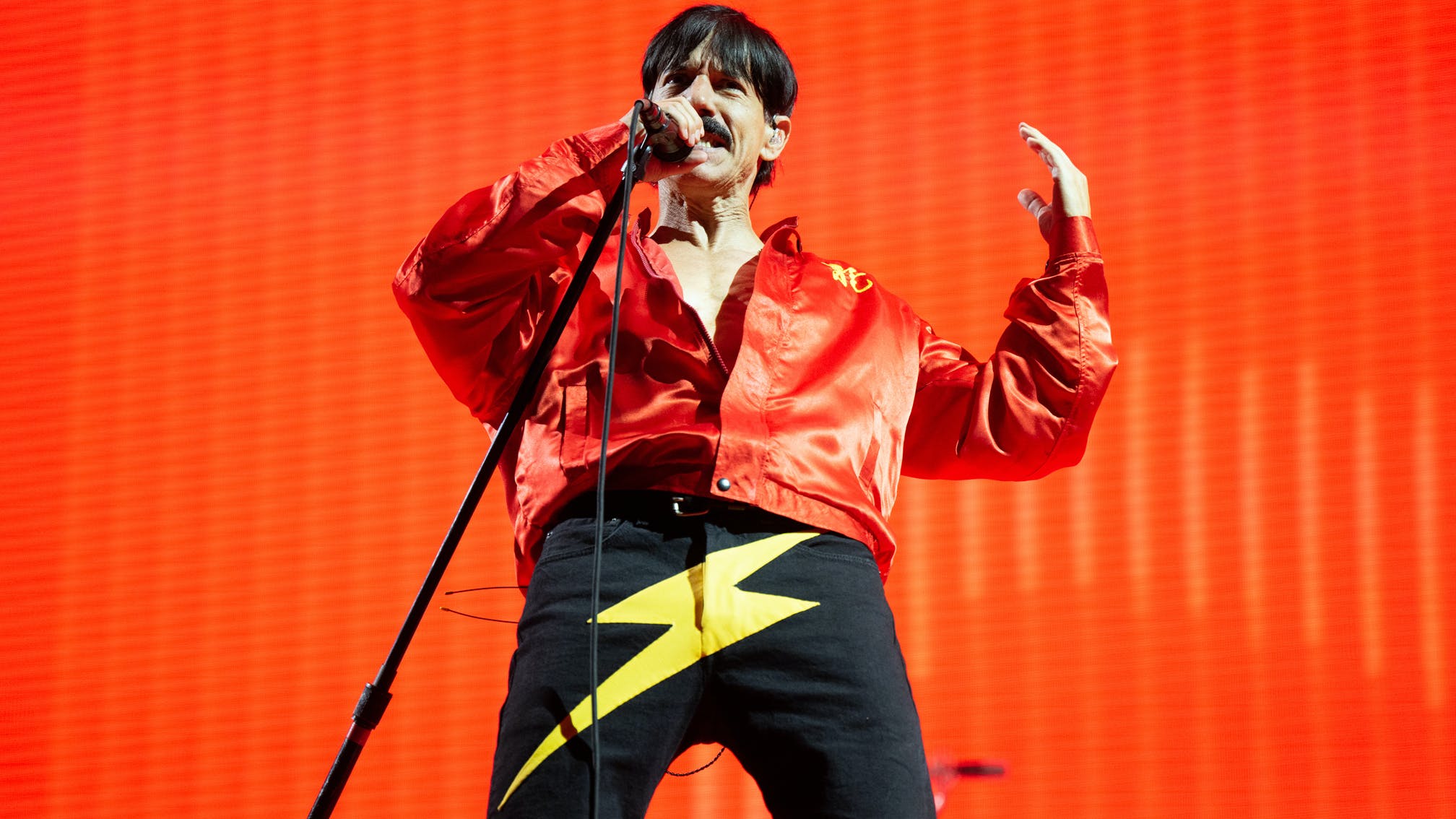 Whoever said you should never go back, it certainly wasn’t John Frusciante. The guitarist is now in his third stint as a Red Hot Chili Pepper and, every time he returns, he seems to succeed in reinvigorating his former bandmates.

The 2022 iteration is no exception. Unlimited Love has already become the best RHCP album since John – cheered wildly when he first appears on the big screen – was last in the band and now, this live show stirs memories of those ’90s and ’00s glory days.

After a sterling support set from legendary rapper Nas, the Chilis bounce on – green-haired bassist Flea doing cartwheels, drummer Chad Smith clad in some sort of bright red onesie and frontman Anthony Kiedis sporting a lightning bolt across his crotch and a ’tache so dubious it’s probably wanted for questioning by Interpol. They look for all the world like a bunch of wacky rock dads about to mortify their offspring at the school summer fete.

But while the clothes and stage banter (“I’ve got the sweatiest balls in Barcelona,” announces Flea at one point) may be cringe-worthy, their opening salvo is anything but.

After confusing the surprisingly young crowd by starting with what older readers will recognise as “a freeform jam”, they immediately get them back on side by blasting through their biggest streaming song, Can’t Stop. And then cruise through a selection of hits – Dani California, Around The World, Black Summer and The Zephyr Song – that sees 50,000-odd Barcelonians surely go crazier than at any point since Lionel Messi left the city.

And in John Frusciante, on his first tour with the band in Europe for 15 years, the Chili Peppers have their very own guitar galactico. His predecessor, Josh Klinghoffer, wasn’t a bad guitarist, far from it, but the Chilis always feel like a much more instinctive, natural proposition with John standing to Anthony’s left, spraying out fluid guitar riffs in much the same way as Messi used to find his Hollywood passes.

True, if you were building a new rock band to 2022 specifications, it probably wouldn’t look or sound too much like the Red Hot Chili Peppers. But this hit-heavy set is still the perfect soundtrack to your hot rock summer, with new songs such as These Are The Ways and Watchu Thinkin' comfortably bedding in alongside unstoppable singalongs Snow (Hey Oh), Otherside and a powerful Californication.

And so, as darkness finally falls over this grand old stadium, the sun is not yet ready to set on the Red Hot Chili Peppers. Not while Flea and Anthony can still leap around like acrobats or while John is grinning the grin of a man who feels he’s back where he belongs.

As the closing run of Give It Away, Under The Bridge and a final, glorious By The Way takes flight, it’s clear he’s not the only one. Red Hot Chili Peppers’ brand of stadium pandemonium is also ready for a very happy return.

Red Hot Chili Peppers’ iconic bassist Flea has added to his long list of acting credits with a role as a bounty hunter in the new Obi-Wan Kenobi series.