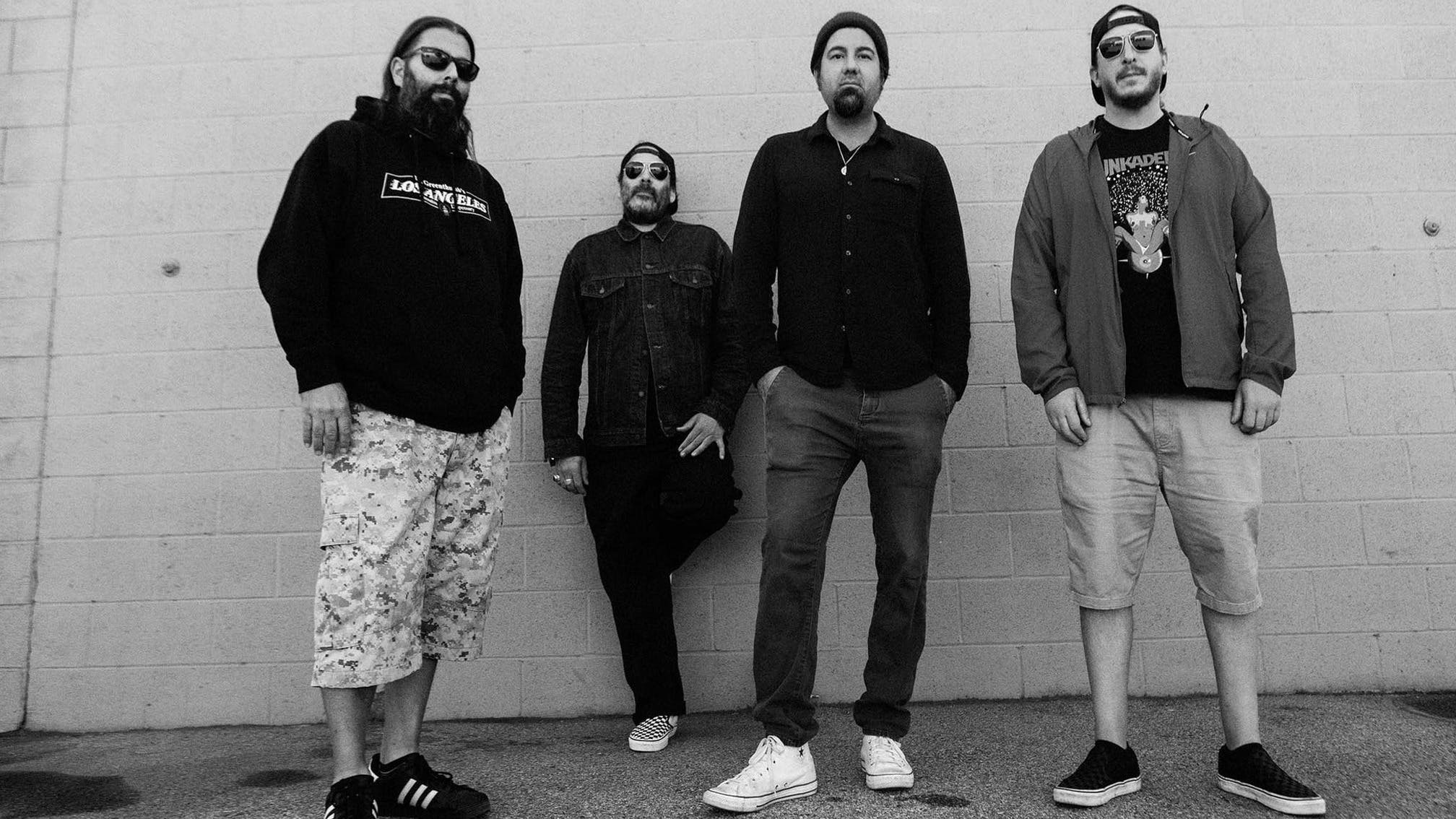 Deftones have parted ways with their longtime bassist Sergio Vega.

In a new video statement uploaded to Instagram, the musician – who has been touring with the band since 1998, and then a session member / songwriter for them from 2009 – reveals he left the fold "early last year". Sergio adds that the timing of his announcement this month follows the band's official Spotify uploading a new press shot (above) that didn't feature him.

“To give a brief history about me and my friendship with Deftones,” he begins in his video statement (as transcribed by ThePRP). “We met in 1995. I filled in for Chi [Cheng] – rest in peace – in 1999 and was asked to work with the band after his tragedy in 2009. Because of the love they have for Quicksand, I was asked to bring the same approach as a songwriter and arranger to them as well.

“I was also told that similarly to Frank [Delgado] I will be brought in over time to become an official member. I had worked with the band for 12 years, and at the start of every album cycle, I asked about becoming an official member, but the contract would be improved instead.

“COVID was a breaking point for a lot of people. And I started to question my place in the band, and the future that I wanted for my career. I really started to need something stable, because at that point, my contract with them was canceled. One day I got a call from the guys about an internal band situation, and they asked me if I was solid, and that I would have to fly out to LA to help work it out. Right away. I said, 'Of course, I was all in, and we can handle my situation later, but I can’t go back to my old contract.' Our respective management had a conversation to discuss a new contract, and they offered me the same deal. At that point. It was clear there was no opportunity for growth for me. So I declined the offer. And then I call the guys immediately to see where the miscommunication was to resolve it. But there was no response.

“A couple of days later, I received an email from their lawyer that their offer was withdrawn, and that they wished me the best. So I left the band in early last year, and since then, I’ve been focused on my band Quicksand, as well as working as a producer and writer for other artists and projects. And I’m mentioning this because there was some speculation about me selling my gear and quitting music altogether.

“Out of respect for the people who have held tickets for this tour, the past couple of years and everyone who supports the band, I felt it important to bring some clarity to the situation. Lots of love and thanks to Deftones‘ amazing fanbase for always being engaged and supportive of the band through good times and bad.

“I appreciate every single one of you. All my love to the fans that have become friends, the people that have supported my other projects. It brought me so much joy to see Deftones shirts at Quicksand shows land I will cherish this forever. Lastly, thanks so much to the ‘Tones. I wish they had the chance to tell you this in person.

“I want you to know that I appreciate all the years we spent together, writing performing being taken into your worlds. I learned a lot from each one of you, when you brought me in, you created a new sense of passion for music that I will always cherish and carry with me. You truly changed my life.”

At the time of writing, Deftones are yet to confirm the news via their own official channels / any sort of statement.

Read this: “Metal at its best…”: Our original 1997 review of Deftones’ Around The Fur