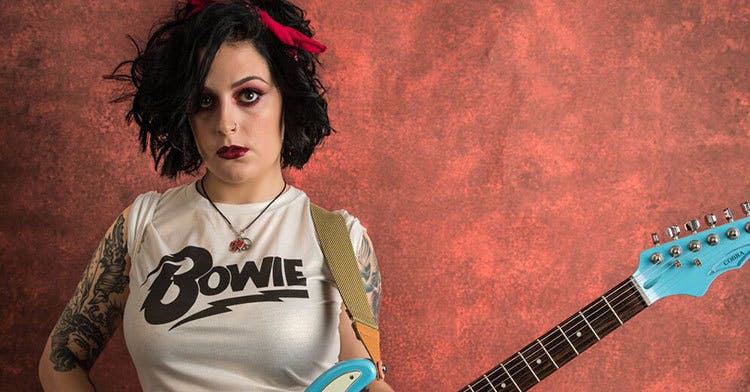 Aileen is the first taste of new music since the release of her critically acclaimed debut album Dreams from the Factory Floor and is set to be released on September 30. Pre-orders are now available from the following link: https://itunes.apple.com/gb/album/aileen-single/id1147320750, www.louisedistras.co.uk, www.facebook.com/louisedistras.

Talking about the single Distras said: “One night after a show I watched the Nick Broomfield documentary ‘Selling of a Serial Killer’, which is about ‘America’s first female serial killer’, Aileen Wuornos. As someone who has experienced homelessness and sexual assault, Aileen’s story hit me pretty hard but left me feeling inspired to share it through my music. The film also left me with my own questions about rape culture and the idea of nature VS nurture, so I decided to make my own DIY film that explores the lyrical content of the single. It’s called ‘Real Outlaw – A Commentary on Rape Culture and the Riot Grrrl Movement’ and it’s available via scanning a QR code that’s printed on the back of the CD and also on tour posters across the UK.”