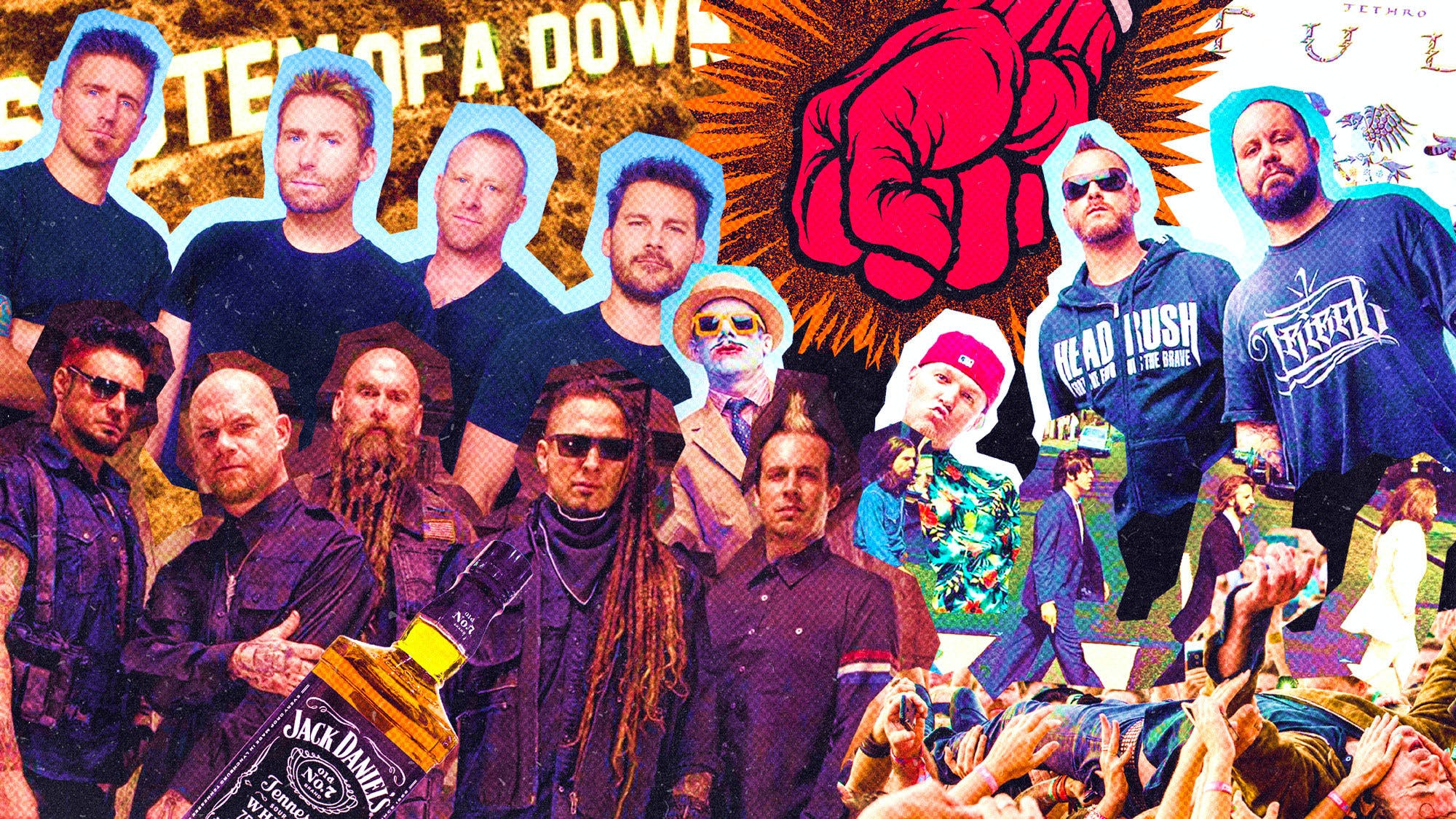 It's fair to say that rock fans don't always agree with each other. Go to any gig or bar and you'll find countless discussions and arguments about which bands are better, which songs are better, which subgenres are better, which albums ruined certain bands' careers and generally anything else you can possibly think of. Basically, we're not short of an opinion or two.

And some opinions are widely-accepted amongst the masses – Reign In Blood is Slayer's best album – some prove much more controversial. Like this one from Enter Shikari drummer Rob Rolfe:

And Rob isn't alone. Every rock fan has a controversial opinion on the genre they love, whether they want to share it with the world or not. When we asked for your thoughts, we were inundated with thousands of comments, the vast majority of which were defending Nickelback. Some, on the other hand, took it as an excuse to call virtually every band under the sun "boring", "not as good as they used to be" or just "shit".

Bad Wolves' Doc Coyle took it as an opportunity to split Guns N' Roses fans down the middle, by stating: "Use Your Illusion albums collectively are better than Appetite For Destruction."

This spicy nugget is just one of many controversial rock music opinions out there. And here, we've collected some of the hottest takes on rock music. How many do you secretly agree with?

Kevin Dougherty: "Over half of you would go see Nickelback and Creed if they were touring together."

Jerry Morris: "Jimi Hendrix is not as good of a guitar player as people make him out to be."

Jaymin Nelson: "People only loved Led Zeppelin because it was the '70s and they were all high on acid."

Tim Dodd: "Meliora aside, there hasn’t been any great metal albums for well over 20 years."

Sarah Thurlow: "RHCP are overrated. How many tracks do we need about California…"

Samuel Taylor: "Limp Bizkit are better musicians than they’re given credit for."

Kyle Bell: "Nirvana is one of the most overhyped bands of all time."

Joanna Royle: "Jethro Tull's Crest Of A Knave deserved it's 1989 Grammy win over Metallica's ...And Justice For All."

Neil Quinney: "Lulu is better than it gets credit for. Shouts to both Metallica and Lou Reed for genuinely not giving a fuck."

Arianna Grace Thompson: "Slayer is the most overrated metal band of all time!"

James Emmott: "Slipknot’s Iowa and System Of A Down’s Toxicity are both mediocre records, far from either’s best work."

Davide Proietti: "The Beatles were the first boy band and their songs were nothing special."

Robert Nelson: "Nu-metal is the most important and influential music of the past 30 years."

Right, that's enough controversy for one day. It's time to have a lie down and think about something positive, like your favourite music… which someone out there probably thinks is guff.