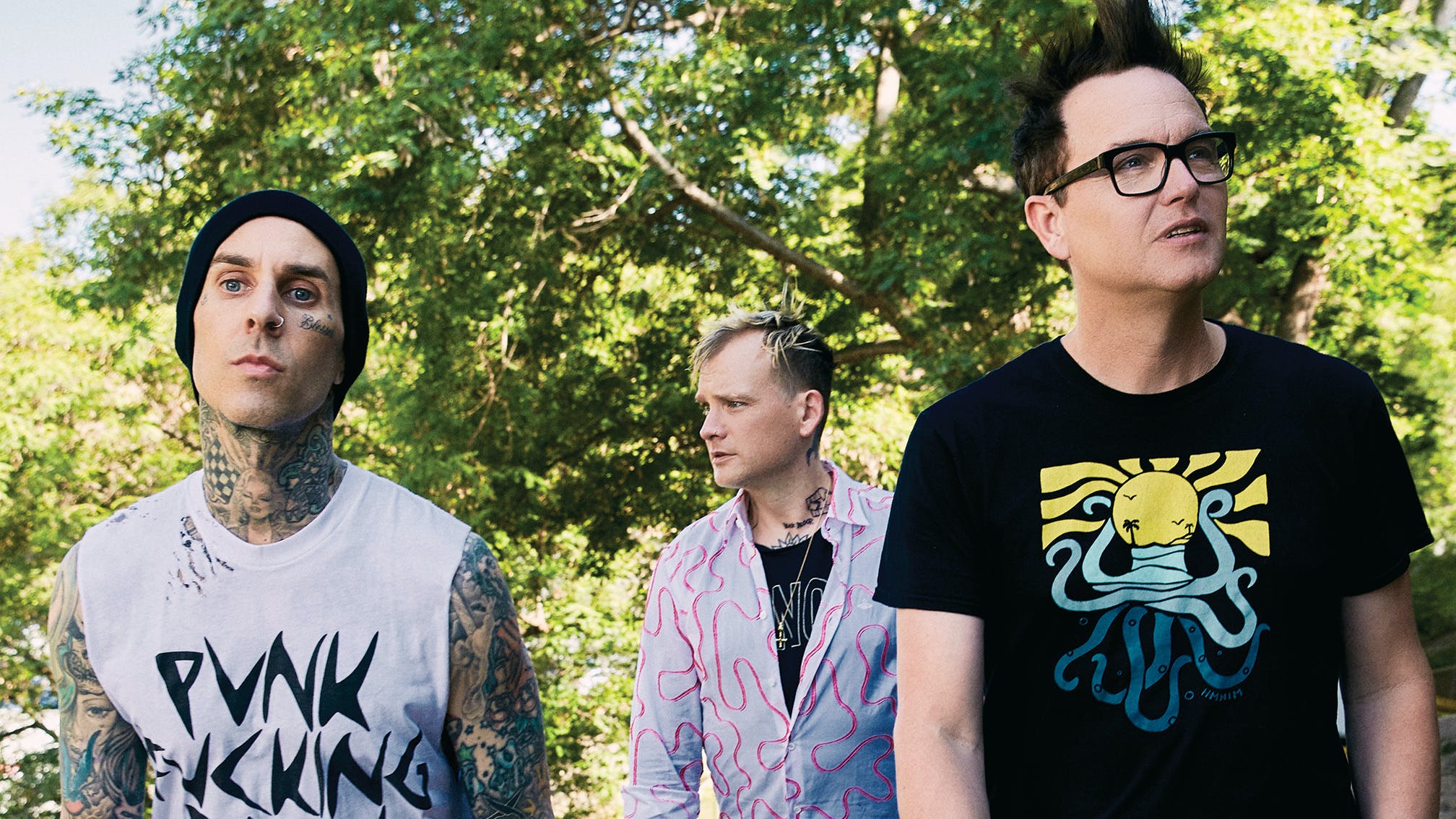 Despite being "60 per cent" done with a new album at the start of 2021, blink-182's year of course didn't go to plan with bassist Mark Hoppus fighting – and beating! – cancer.

Now, the musician tells GQ as part of their Men Of The Year franchise that the pop-punk legends aren't putting limitations on where they go next, even being open to the idea of former frontman Tom DeLonge rejoining the band.

"We haven't really talked about that, but I'm open to anything in the future," Mark says. "I don't know how that would work if it's all four of us. Like, we're all going to live in the same house again?"

While blink as a quartet might not be too realistic, Tom told GQ in the same story that his relationship with Mark and drummer Travis Barker is back to its old brotherly format.

Discussing an unintentional "band meeting" at Mark's house after he'd told them about his cancer diagnosis, Tom recalls: "We got into more life stuff. What we've learned over the years about ourselves. How we've grown, how nothing really matters when it boils down to what we were dealing with in that moment.

"And so, it wasn't some big meeting about blink-182, it was more about brothers meeting and saying, 'How do we support Mark?'"

Of course, ultimately the most important thing is health, and Mark says he's learned a lot from his experience this year, as well as feeling incredibly grateful for everyone's response.

"I'm totally overwhelmed with the support and love," he says. "I don't know. People online I have never met sending support. Cancer survivors of the same lymphoma that I had even put together a video where they covered a blink song, and it made me cry."