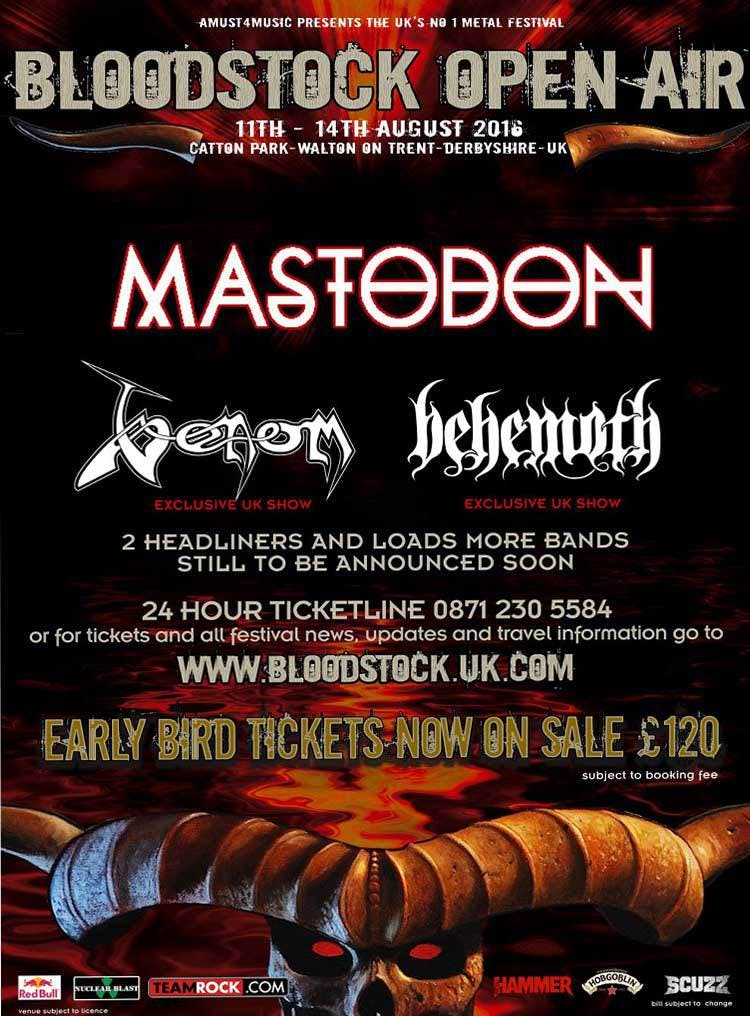 The mighty Mastodon have been announced as the first headliners for Bloodstock 2016.

This will mark the band’s first ever appearance at the metal festival as they take to the stage on the Saturday night of the bash. Returning to its usual stomping ground of Catton Park, Derbyshire, Bloodstock will take place between the 11-14 August 2016. They join a bill that already has extreme metal legends Venom and black metal heavyweights Behemoth announced for next year’s gathering.

Troy Sanders exclaims, “Since day one, nobody has embraced Mastodon better than the UK has.  Thank you for inviting us to our first festival headlining slot at Bloodstock 2016! We will not disappoint.”

Bloodstock’s early bird tickets are on sale right now from the Kerrang! Ticket Store. The festival is set to announce another headliner in the coming days, so keep your eyes firmly peeled.

Check out the festival poster below and let us know how excited you are in the comments section.

Grab your tickets from the Kerrang! Ticket Store now!