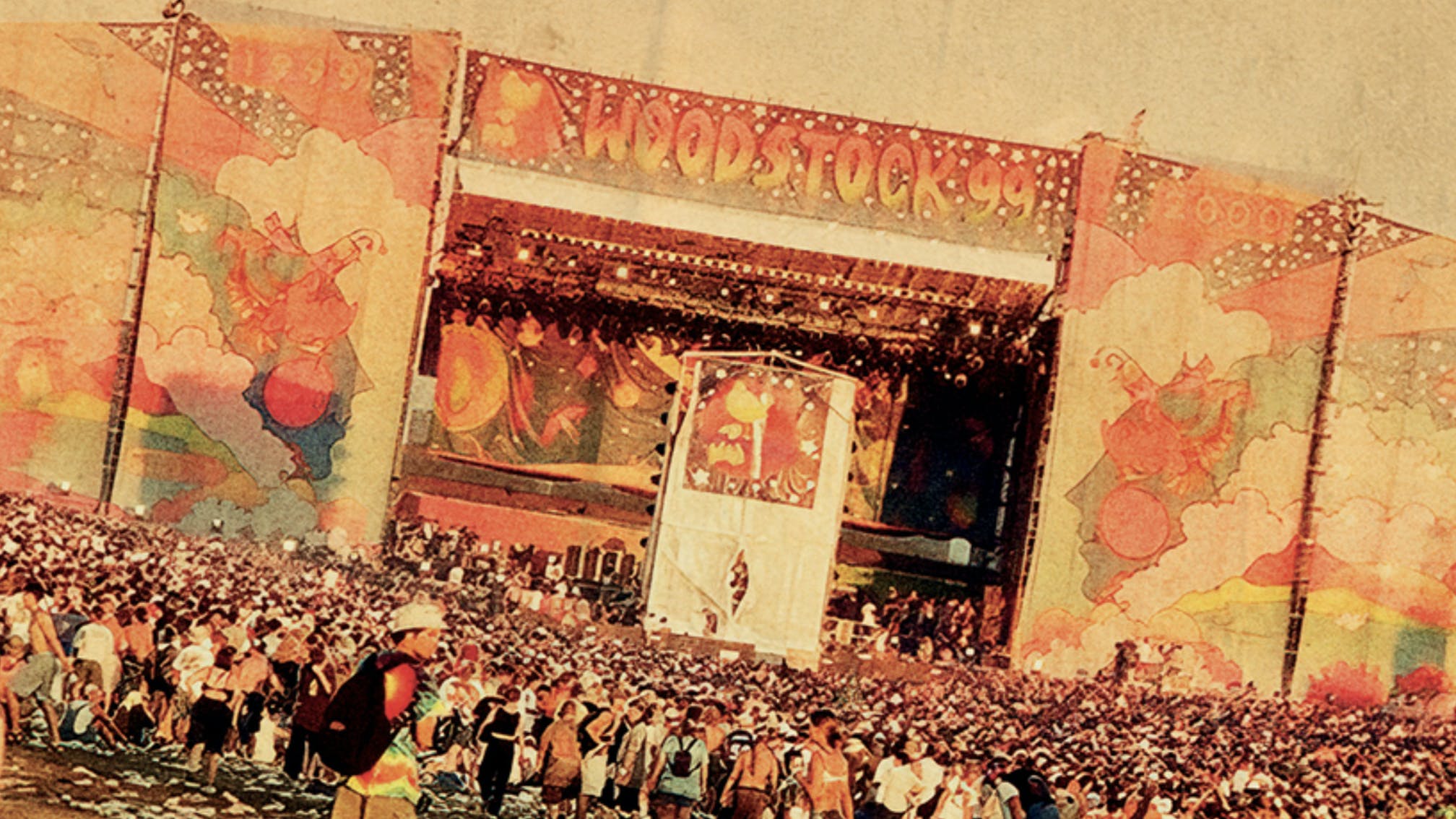 The first trailer for Woodstock 99: Peace, Love, And Rage has arrived, documenting the absolute chaos of the huge New York festival ahead of its 22nd anniversary later this month.

The film will debut via HBO Max on July 23 and is the first instalment of Bill Simmons' Music Box franchise (which also features documentaries on the likes of Alanis Morissette, DMX and Juice WRLD coming later this year). It tells the story of the three-day event from multiple perspectives: by organisers Michael Lang and John Scher, artists playing such as Korn’s Jonathan Davis, The Offspring and Creed’s Scott Stapp, festival attendees and culture critics.

Read this: I was at Woodstock ’99 and it destroyed my innocence

"Woodstock 99: Peace, Love, And Rage focuses a spotlight on American youth at the end of the millennium, in the shadow of Columbine and the looming hysteria of Y2K, pinpointing a moment in time when the angst of a generation galvanised into a seismic, cultural shift," say Warner Media. "Set to a soundtrack of the era’s most aggressive rock bands, the film also reappraises the 1960s mythos, revealing hard truths about the dangers of rose-tinted nostalgia in the age of commercialism and bottom-line profits."

As well as going onstage with bands on the line-up, the movie shows "cramped campsites, overflowing bathrooms and marauding groups of young men with alarming immediacy and access".

Read this: "It was about smashing down walls": How adidas invaded nu-metal