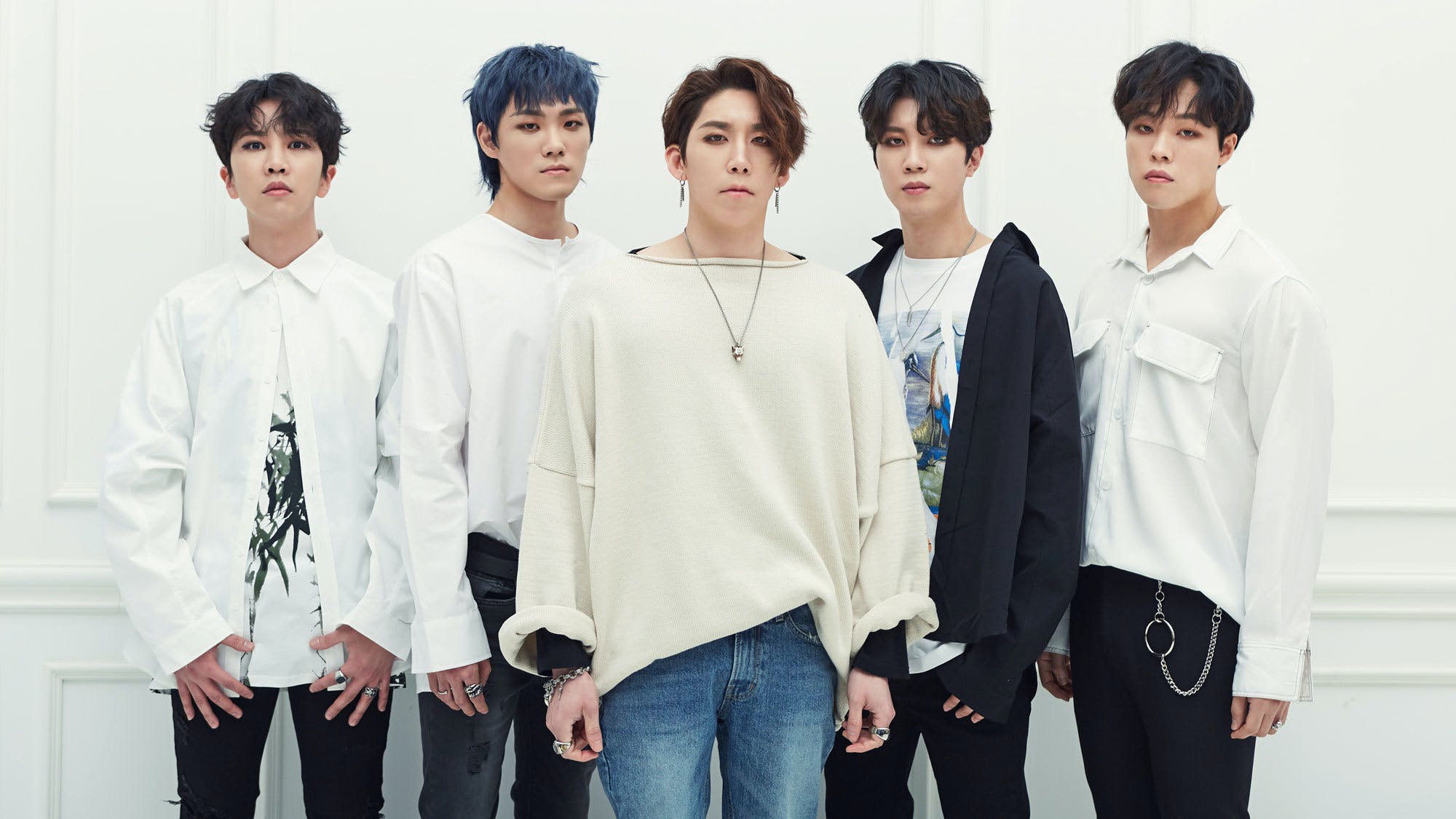 In 2014, a bunch of friends from Seoul made South Korean TV history. Bursters (known then as Burstered) became the first rock band to ever reach the final six of talent show Superstar K. One year later they released their debut EP Independent and in 2017 released their first full-length album Live In Hope. Now they're leaving South Korea for their first-ever UK shows, playing five dates across the country on the World Tour: K-Rock Revelation tour.

The five-piece (vocalist Daegun Roh, guitarists Junyong Ahn and Gyejin Lee, bassist Hwanhee Jo and drummer Taehee Jo) have been together for five years. Gyejin, Junyong, and Daegun were close friends before the band started, but after discovering rock music at school, decided to form a band. Shortly after Hwanhee and Taehee joined the fray and Burstered were born.

"We’ve all just been doing music our entire lives," Bursters tell Kerrang!. "Some of us were giving music lessons before our band went on Superstar K."

We caught up with the band to chat about their history, their music and the Korean rock scene as they start their UK tour.

Why did you decide to audition for Superstar K?
"Before Superstar K, we were persistently working on our band, practicing day in and day out. It was difficult, I have to say. We held day jobs at the fish manufacturing factory while we pursued music. So when Superstar K auditions were open, we were ready - in terms of musicality, but also in terms of mind-set. We were hungry for it, for this opportunity to show our music.

"Objectively, the odds were against us. First of all, hardcore music itself isn’t entirely common in Korea. We didn’t have any of the flashiness, we didn’t have any backup plans. But we auditioned and came out as the first rock band in Superstar K franchise history to enter the TV Live Round. We finished in the Top 6."

A lot of K-Pop is manufactured. How are you going to convince rock fans that you’re a legitimate band?
"Because we are. We are legitimate. We’re not a band that was put together by a label – we were already a band before we tried for Superstar K, and our music is always absolutely our own. Even after we were signed by a label, every chord, every word, every song in our album is made by us, through many all-nighters of pulling our hairs out. We can’t get any more legitimate than who we are now."

Does authenticity matter to you?
"Yes, and it’s something we don’t consciously go for or have to bring ourselves back to. We are in this to make music that is real. Our sound, our words – all of them tell the messages we want to send out there. We’d like to give a space of understanding and hope to those who want Bursters’ music."

Where did the name Bursters come from?
"It’s from the word 'explode'. We want music that explodes in its sound, explodes the listeners’ experience and feelings to pieces, and just explodes in terms of its presence in the music world."

How would you describe your sound?
"We get asked that a lot, and it’s always fun to answer because our sound is so mercurial. The first thing to mention is that we never limit ourselves to one sound. Our rule is that if we hear something we like, we’re going to bring it into our music, and experiment with how it works against other sounds. Our songs usually come out spontaneously during our regular practice... And then there’s a lot of fighting! Each member is so different in terms of what they want to try, and so we go back and forth all night to get the sound we all agree on."

Who are you influenced by?
Daegun Roh: "To name some: Bullet For My Valentine, Finch, Story Of The Year, My Chemical Romance, The Used, 30 Seconds To Mars, ONE OK ROCK, Coldrain and Coldplay."
Gyejin Lee: "It's Linkin Park for me."
Hwanhee Jo: "I like bands at the forefront of nu-metal such as Linkin Park, Limp Bizkit, and Korn."
Taehee Jo: "Coldplay and John Bonham amongst drummers specifically. My own goals are to become as well-known as Mike Mangini (Dream Theater), Travis Barker, and, again, John Bonham."

What is the Korean rock scene like?
"Rock is actually mainstream in Korea, but K-Pop is so popular that rock seems not to be by comparison. The fact that many rock bands from abroad hold concerts in Korea, and that there are numerous rock festivals held every year all over Korea, prove it so."

What Korean bands should be look out for now?
"There are some great acts we’ve performed with in the past that we’d recommend. Broken Valentine, Diablo, The VANE and SHIRTS BOY FRANK just to name a few."

Why do you think the western world is suddenly more open to bands from other cultures?
"I honestly think Korean music was just too good that it blew past any cultural barriers or reservations. Quality has no language, and music is the best form of that."

What can we expect from your UK tour?
"It’s going to be genuinely different. It’ll have the sentiment and the feel unique to Bursters, and then others unique to K-Rock. We're looking forward to seeing how people from the birthplace of rock react to Bursters."

What are your plans when visiting the UK?
"It’s our first time not just in the UK but anywhere outside of Korea, actually. First time on the plane, first time in London, first time with everything – so we’ll be busy trying everything."

When can we expect new music from you guys?
"We’ve been working our asses off on our full album! It’ll be released in the latter half of 2019."