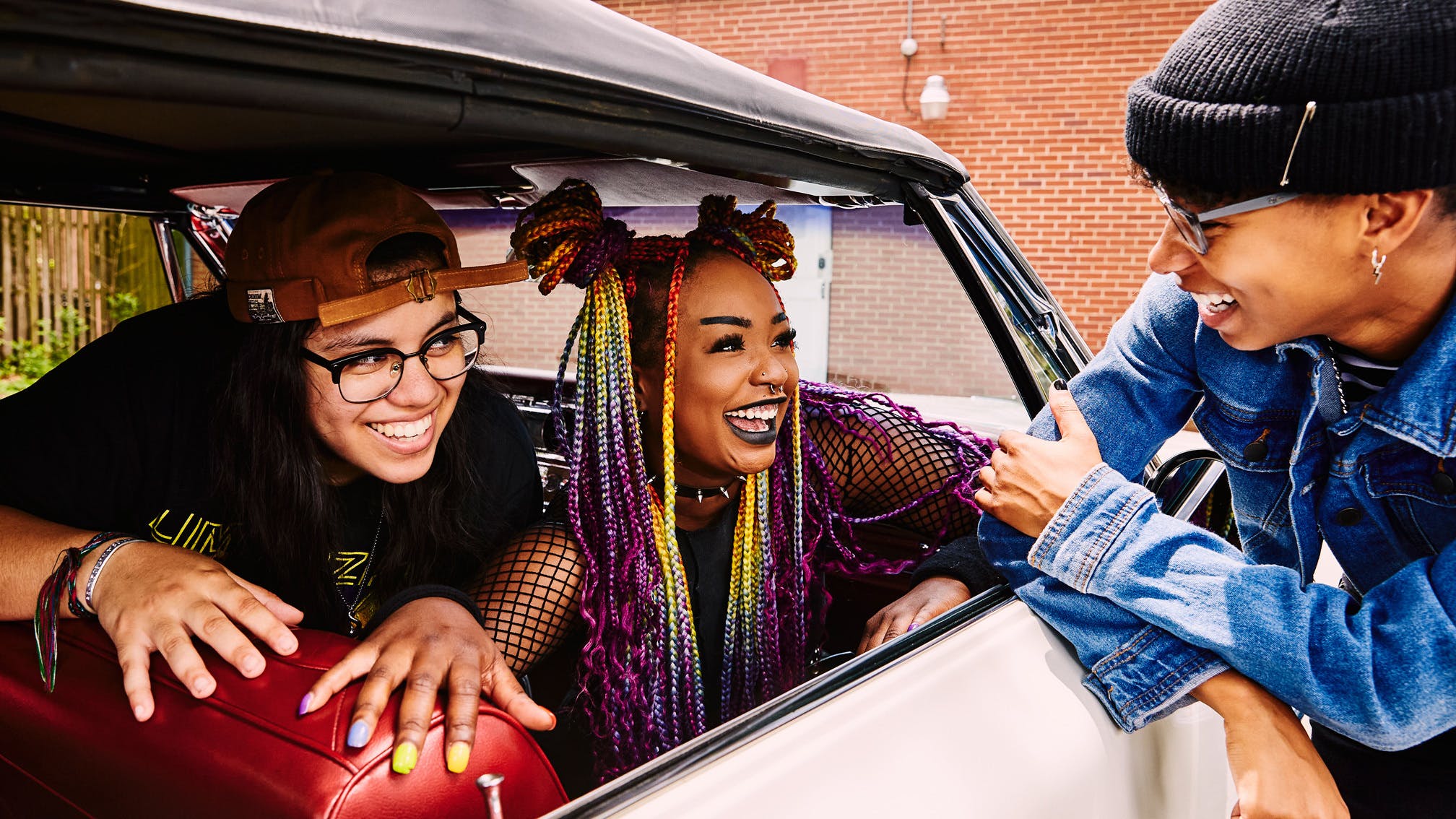 Exciting news! Following a huuuuuge 2021 with the release of their awesome Model Citizen EP and first-ever Kerrang! cover, Meet Me @ The Altar will be releasing their debut album this year.

Though the trio haven't given very much away just yet, they've taken to Twitter to share that: "American pop-punk band Meet Me @ The Altar will release their debut full-length album in 2022."

And while last year they already played an important role in not just the recent pop-punk revival but also paving the way for its exciting future, surely with a debut LP behind them things will only go further from here on out.

"The end goal is to inspire a whole new wave of bands that wouldn’t necessarily have had the confidence to assert themselves in a predominantly white, male scene," guitarist Téa Campbell told us last summer. "We’re rare in our mentality, because we just didn’t care [about the limitations of the scene] – we were just going to do it. But not everyone is like that, so it’s cool that we’re going to be able to give others that courage."

Vocalist Edith Johnson, meanwhile, shared of what constitutes success for [email protected]: "The best compliment you could give us would be: ‘Wow, these girls can really write.’ Halsey was talking to us about how as artists of colour in this particular space, it’s always going to be a topic of conversation that we’re women, and that we’re women of colour as well, and sometimes that’s going to overshadow the fact that first and foremost we’re artists.

"We, as women of colour in an alt.rock band, [wrote their Model Citizen EP] all by ourselves, with no co-writers or anything, which is our first big release on a major label. I want people to hear us and say we’re talented... because we are!"

Catch Meet Me @ The Altar at this summer's Slam Dunk Festival.

In the studio with Meet Me @ The Altar

Meet Me @ The Altar give Kerrang! a sneak peek at the recording of their highly-anticipated debut album – with its “heavily influenced early-’00s sound”…

Still need to catch up on Meet Me @ The Altar? Here’s Edith Victoria, Téa Campbell and Ada Juarez to explain why everyone from Mark Hoppus to eight-year-old first-time giggers love them, in their own words…