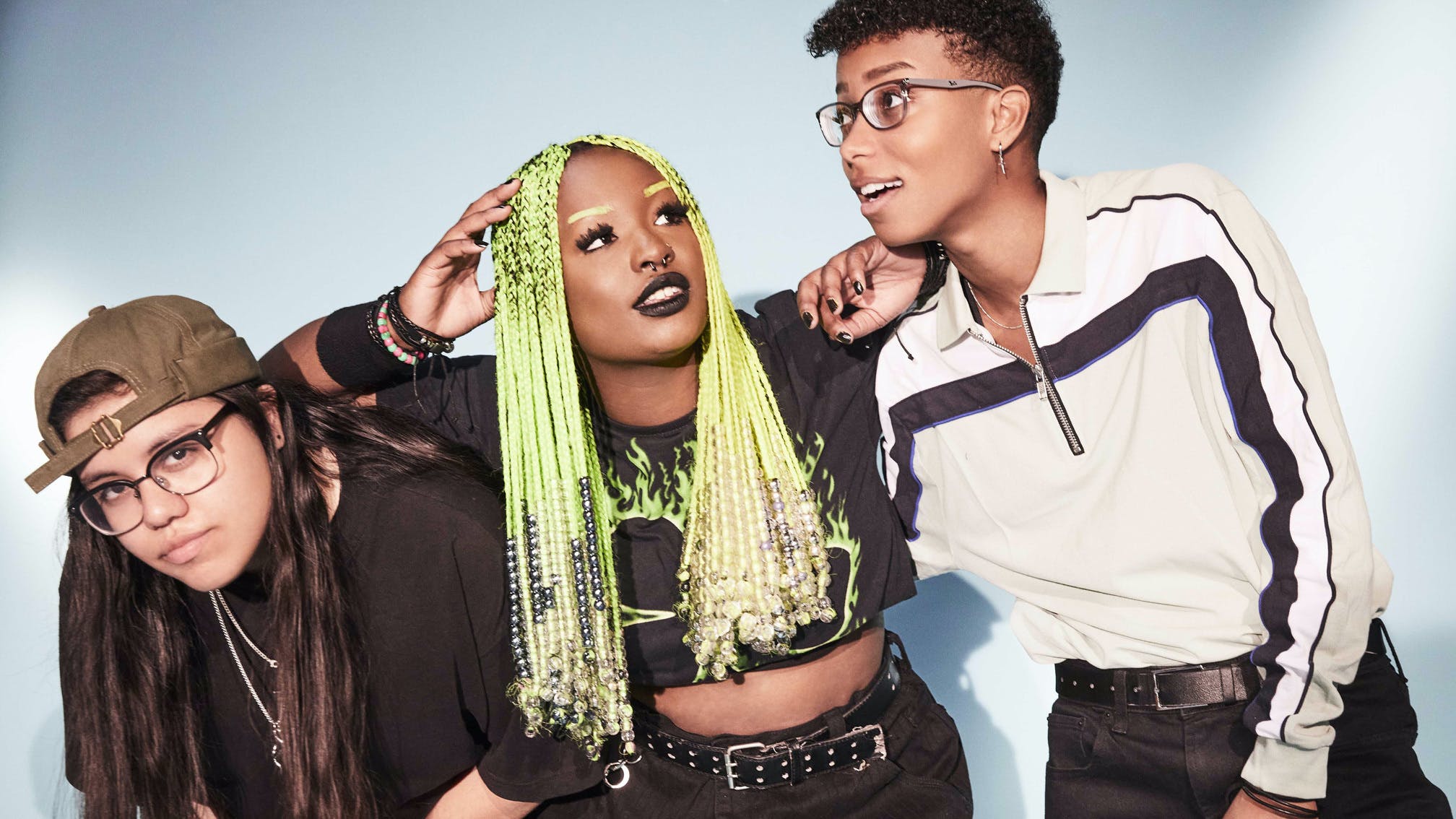 We recently hit the studio with Meet Me @ The Altar to find out how the recording of their highly-anticipated debut album was going (spoiler: very well indeed), however the trio have just confirmed that it now won't be released until 2023.

Despite originally planning for a release this year, the band have taken to Twitter to announce: "Just got the call that our record has to be pushed back until 2023… Sorry ya’ll… WE KNOWWWW we feel the pain too." In response to a fan hoping for "early 2023" at least, [email protected] agreed: "Definitely early!!!"

The band told us that the album "means everything to us and we can’t wait to share our new sound heavily influenced by the early ’00s!" On social media, vocalist Edith Victoria shared that their new music "makes me feel all warm and happy inside because I believe it’s the music we’ve always been meant to make – so when I share it with new friends and they are mind blown it makes me so happy."

Last weekend, Meet Me @ The Altar made their Download debut. Our review of their set described how the band "remind us how they’re able to trailblaze – they’re here for a long run", with Edith being "a vision of sprawling black and green hair" with "infectious energy".

They've got several more shows planned for the rest of the year, before that debut album finally lands in 2023…

Read this: 5 reasons why you have to see Meet Me @ The Altar live

Meet Me @ The Altar will be hitting the road in the U.S. with Daisy Grenade and Young Culture next year…