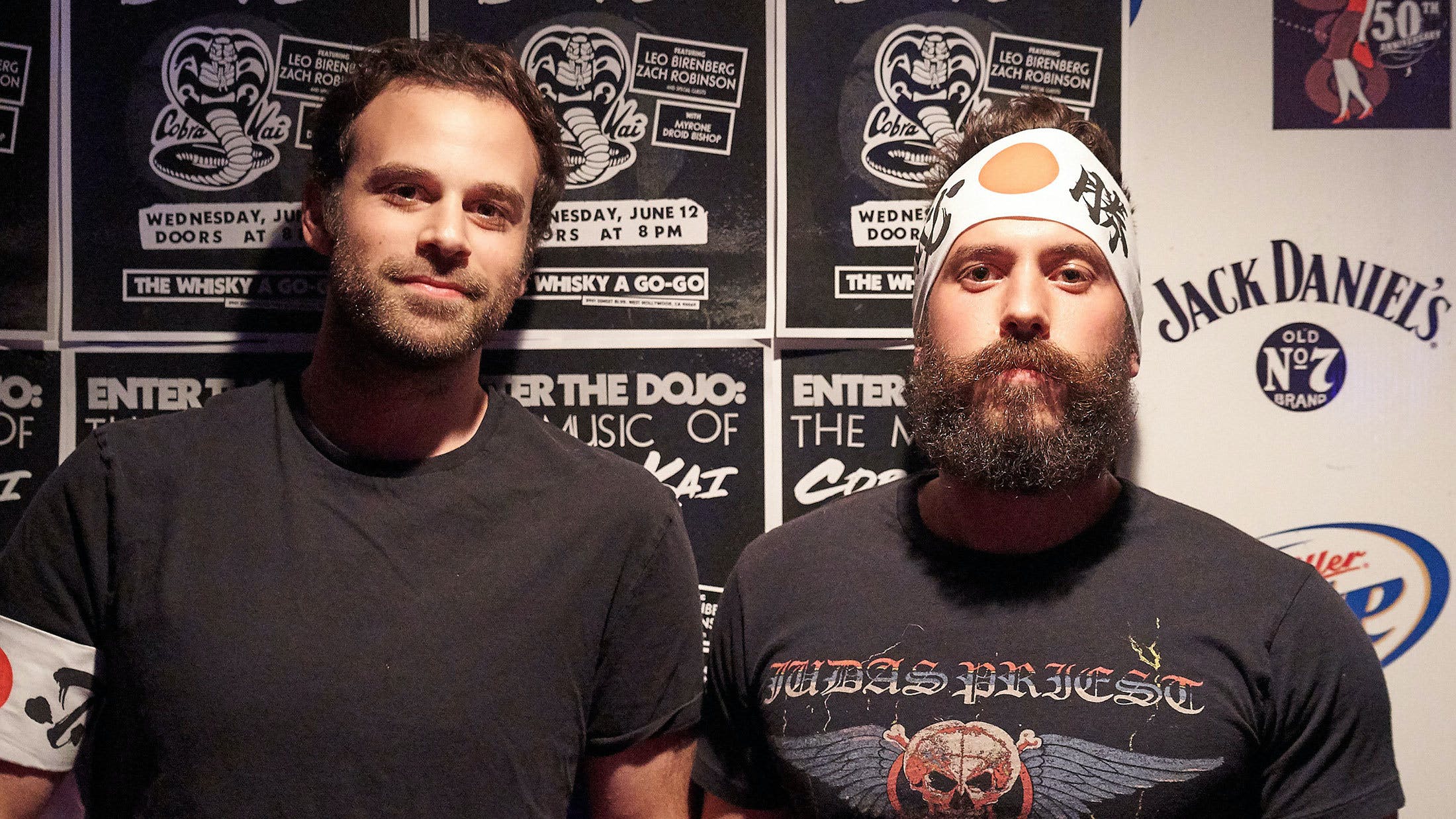 '80s rock music was a time of big songs and even bigger hair. Glammed-up guitarists shredding their fingers to the bone, knocking out wailing solos that sent packed arenas into raptures, all performed with uncontrollable glee and unashamed cheese. And it's this feeling that Cobra Kai's composers were channelling for the third season on Netflix.

Despite the show being set over three decades after the original Karate Kid movie (released in 1984), the score pays homage to the music of the time, and none moreso than on the new season's end credits track Miyagi Metal. Surging with power metal energy and huge guitars, it's bursting with fun and fist-pumping energy, blasting out guitar and synth solos in such epic fashion you feel like you can karate chop the world in half. But where did this extravagant '80s rock-inspired track come from?

“Miyagi Metal came to us in a very natural way," composers Leo Birenberg and Zach Robinson tell Kerrang!, explaining that the show's creators Josh Heald, Jon Hurwitz and Hayden Schlossberg "expressed the desire to have a piece of music for the end credits of the season that both encapsulated the spirits of our two warring dojos, but was also frickin’ badass as hell.

"When we score scenes that generally revolve around Cobra Kai – the dojo, not the show – we lean into heavy metal instrumentation and retro synthesisers," they continue. "Conversely, when we are scoring Miyagi-Do-centric scenes, we utilise more traditional symphonic orchestra topped with ethnic flutes, percussion, and stringed instruments. We concluded almost immediately our final cue should be a symphonic metal track, since by the simple nature of the genre, it’s the perfect amalgamation of both our rock and orchestral palettes. We were particularly inspired by bands like X Japan and DragonForce, as well as anime end credits songs and video game music – all of which evoke some sense of triumph but also just plain fun.

"Our choice to use one of Bill Conti’s original themes from The Karate Kid was because we’d never utilised it in a 'hard rock' setting before Miyagi Metal. Most of the time, if we need to reference Conti’s original score, the producers will opt to use the original recording from the earlier films. Occasionally, however, we interpolate Conti themes into our Cobra Kai score, usually in moments that specifically reference the original trilogy. The theme you hear in Miyagi Metal is perhaps our favourite of the Conti material and is our go-to in Cobra Kai. We figured arranging it in this style would be a fitting way to not only see the season out, but to get people excited about the – spoiler alert – burgeoning dojo alliance heading into season 4.

"It’s not often that you get to write symphonic metal film music, so we took full advantage of the opportunity and had Los Angeles soft-shred legend Myrone lay down lead guitar on the track. Myrone has played on all three seasons of the show and he completely understood the vibe we were going for with Miyagi Metal. Hopefully one day we’ll also be able to perform it live together – orchestra included!"

Listen to Miyagi Metal for yourself below!

Season 3 of Cobra Kai is now streaming on Netflix and Cobra Kai: Season 3 (Soundtrack from the Netflix Original Series) is released on January 8.