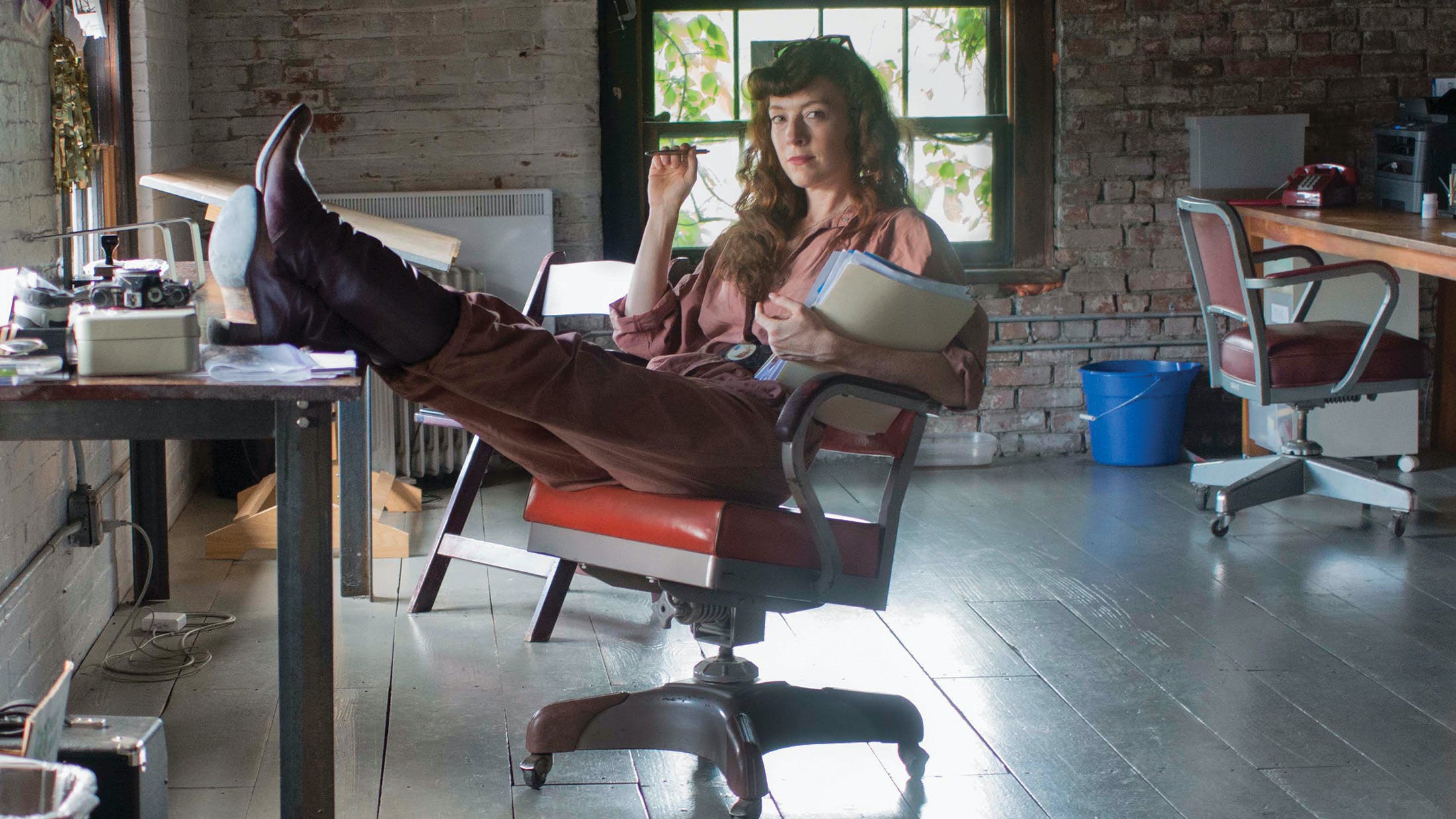 First off – you were the first rock mag to give me a centerfold spread, a cool, straight-up live shot of me on bass at some UK festival; no fashion slick shit, just me rocking onstage, as I should be. You held the rock flame alive as long as any did, and for those of us who hold the rock flame eternal, I thank you for that.

I am about to segue way into a letter I wrote to Courtney Love, my former bandmate and fearless leader, last year when I honored her at Basilica Hudson, my multi-disciplinary arts center in Hudson, NY. The soiree was called Pioneering People: Courtney Love – Celebrating The Magic And The Power. It was a tribute to her in the form of variety show-meets-This Is Your Life, all culminating in Courtney and I performing some Hole classics backed by Rock Academy’s Rebel Girls – a teen girl cover band based out of Woodstock, NY. The event was magic and also marked the 20-year anniversary of the release of our last album Celebrity Skin.

BUT FIRST! Speaking of anniversaries, this year is the 25-year anniversary of Live Through This, the iconic album I had the honor to tag onto in the weeks following its release, and the loss of Kurt Cobain and former Hole bass player Kristen Pfaff. Now, that's an album that's holding up very strongly! Timeless, yet ahead of its time. As an insider / outsider (I didn’t play on the record, but I supported the release and worldwide tour), I can boast that it is a gift for women of all generations – something important for women to discover today and into the future.

This year is also, as I’m sure you all know, the 25-year anniversary of Kurt’s death. As a woman who spent quite a bit of time in Hole, and whose entire adult life has been devoted to music and the power of the stories and sounds bringing us together, I must declare, I will not stand for Kurt’s death overshadowing the life and work of the women he left behind this year. It’s a miracle Courtney is still alive (and I just had tea with her, she’s totally alive and engaged! Ready to go!) and their daughter Frances Bean is thriving and growing into an amazing woman with music in her soul and dreams of her own.

This is their time to shine, in honor of all the women who have been left behind in the world of music and beyond...

Now Kerrang!, you have to do your part…

This is not a marriage proposal, nor is it a eulogy, but it is a love letter.

You changed my life.

My journey with you and Hole carved and defined a very significant part of me.

A once-in-a-lifetime opportunity to make music the center of my life forever, to see the world many times over, to experience pop culture on the front lines and to represent women and girls in a male-dominated landscape. I often refer to my time in Hole as my triple masters degree in Humanities.

I moved to the USA from my culturally cozy city of Montreal to be with you. Neither of my parents particularly liked the idea, but both were very supportive of me taking side-stage to you, and supported what we all saw: a brave woman taking center-stage in a man’s world.

The day after the unfortunate 2016 Presidential Election (the one that almost brought us our first woman president) you were one of the first people I thought to reach out to.

The directness, the ballsiness, the special way you have with rage; confronting people; challenging people – I wanted you to take the stage again, to scream for us. I kind of wanted to 'get the band back together.'

Rock music – an almost entirely male-dominated world that I, too, had been in love and infatuated with since the discovery of my mother’s record collection. The album art, the songs and the stories – it was clear from a young age, that it was a man’s world of magic and musical power. Most women were only defined as the 'girlfriends, mistresses, muses' and sometimes their personal photographers. But almost never the front-person.

I had only been in your band for a couple of weeks when we began our first mega USA tour. It was 1994, a triple-threat bill – Hole sandwiched between Nine Inch Nails and Marilyn Manson. It was dark. It was heavy. Welcome to your new life, young art schoolgirl, Melissa!

I was so new to the band and I didn’t know anyone, so I was getting to know everyone quickly. It was something that a dear old friend of Courtney’s, Joe Mama Nitzberg, said backstage that has always stuck with me. It was something along the lines of, 'Those guys go out there dressed in the leather and makeup, hiding behind machines and strobe lights, threatening to commune with the devil, while Courtney steps onstage in nothing but in a ripped lace slip, smudged red lipstick, three awkward, shy band members, no stage show, just raw guitars and drums, able to stand up to the devil himself with the power and rage like none of came close to.'

My time with you was epic. My coming-of-age as a woman. And as anyone who knows the music industry knows, we were riding the last wave of millions of corporate dollars being pumped into ’90s alternative culture. We witnessed the dying breaths and the ultimate corporatization of 'alternative culture', but it provided me with the best party and pop culture anecdotes for the rest of my life.

The lives you really changed were the ones in the front row, at home in their bedrooms holding on to every word and every scream; those kids in the clubs, theaters, arenas and massive music festivals around the world; the ones you pulled up onto the stage to join us, to play your guitar – you were speaking for them. You made a safe space for them to be angry, to be heard and to be understood.

It’s now the 21st century. Technology, politics, the total corporatization of music and art; it is all so different now. I have changed so much, too. I am now a mother to a daughter. I am a mother of an art factory in small-town America.

From this new place, I look back at our time together and see new depth and new things that are more relevant now than ever. You were so ahead of your time, Courtney. I think the world might just be ready for you now. You sacrificed yourself in stage-dives and screams for us. Then you transformed into red carpet and Versace fashion muse, and still spoke the truth and broke the rules. It was a massive trajectory as a woman and an artist: a pioneer if I ever met one.

Melissa (your loyal bass player, back-up singer, collaborator, co-songwriter and defender of your honor, ’til death do us part!)