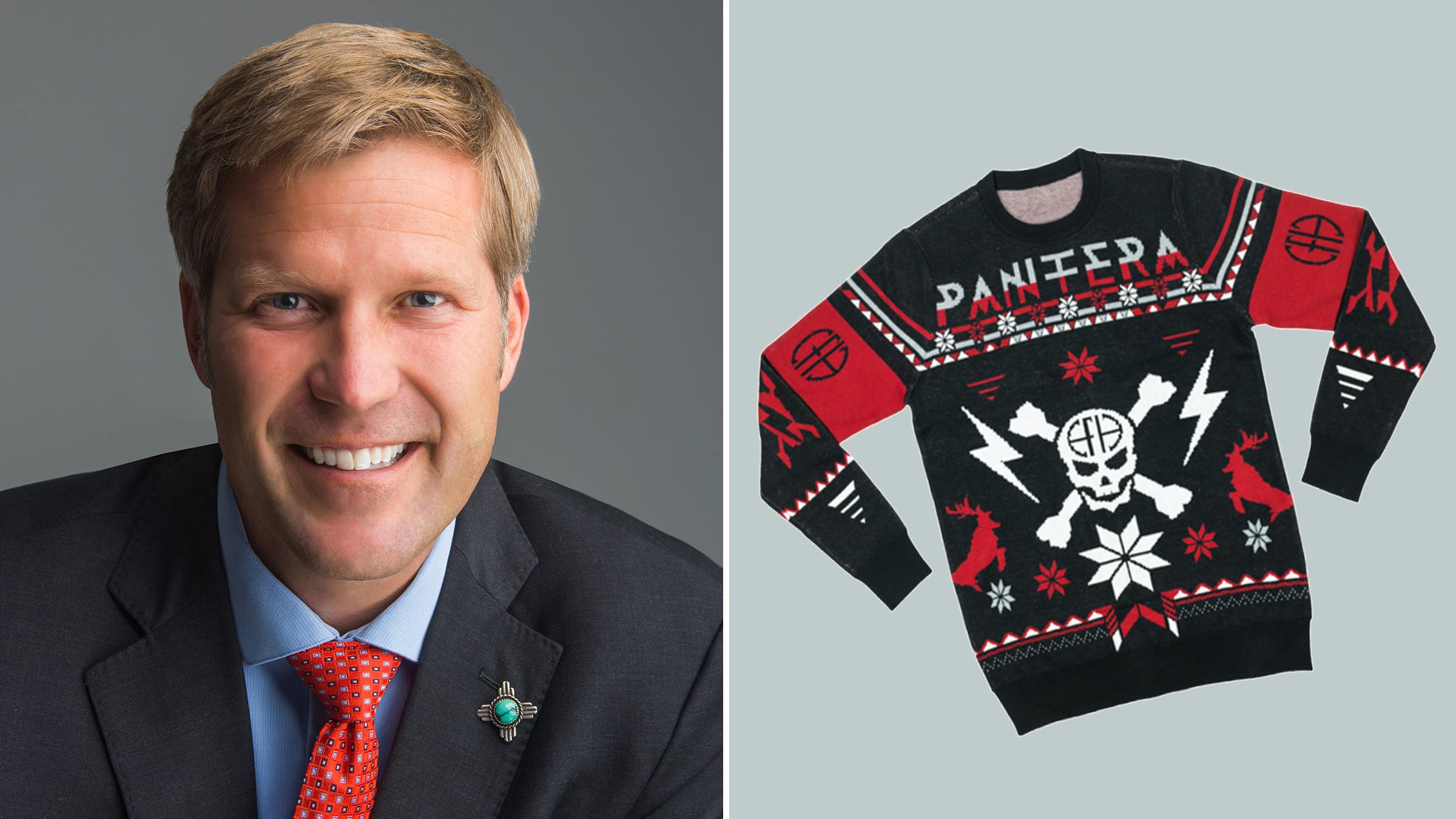 We didn't think Albuquerque, New Mexico, mayor Tim Keller could get any cooler after he introduced Parkway Drive at their September 21 show at the El Rey Theater in his own town. But the heavy metal-loving politician has gone and topped himself by wearing a Pantera sweater to a local bill signing.

Gifted by Pantera's own Rex Brown (a New Mexico resident), the comfy (but equally badass) knitwear adorned the Mayor as he signed into law a bill that grants paid parental leave to city employees. The Mayor tweeted about the gift shortly after, thanking the former Pantera bassist directly:

This is no publicity stunt, either -- the dude appears to be a genuine metalhead with a devotion to hard rock and metal bands like Guns N' Roses, Metallica, and of course, Pantera. In fact, in an interview he did with Loudwire back in May, he namechecked the latter band in describing his journey of musical discovery. He opened the chat by explaining how heavy metal has informed his political career:

"For me, actually, [being a metalhead] has played a significant role in terms of a couple of things. One, just the notion of challenging the system, I think, is fundamentally metal and also fundamental to the reason why I’m even in public service, in politics. I’ve always tended to be a little bit of a maverick and not someone who fits in a particular political arena. Bands that are somewhat more political than others, like Sepultura or even System of a Down, has taught me to be my own person and not take the status quo as acceptable."

Watch the entire bill signing -- Pantera sweater and all -- in the video below.