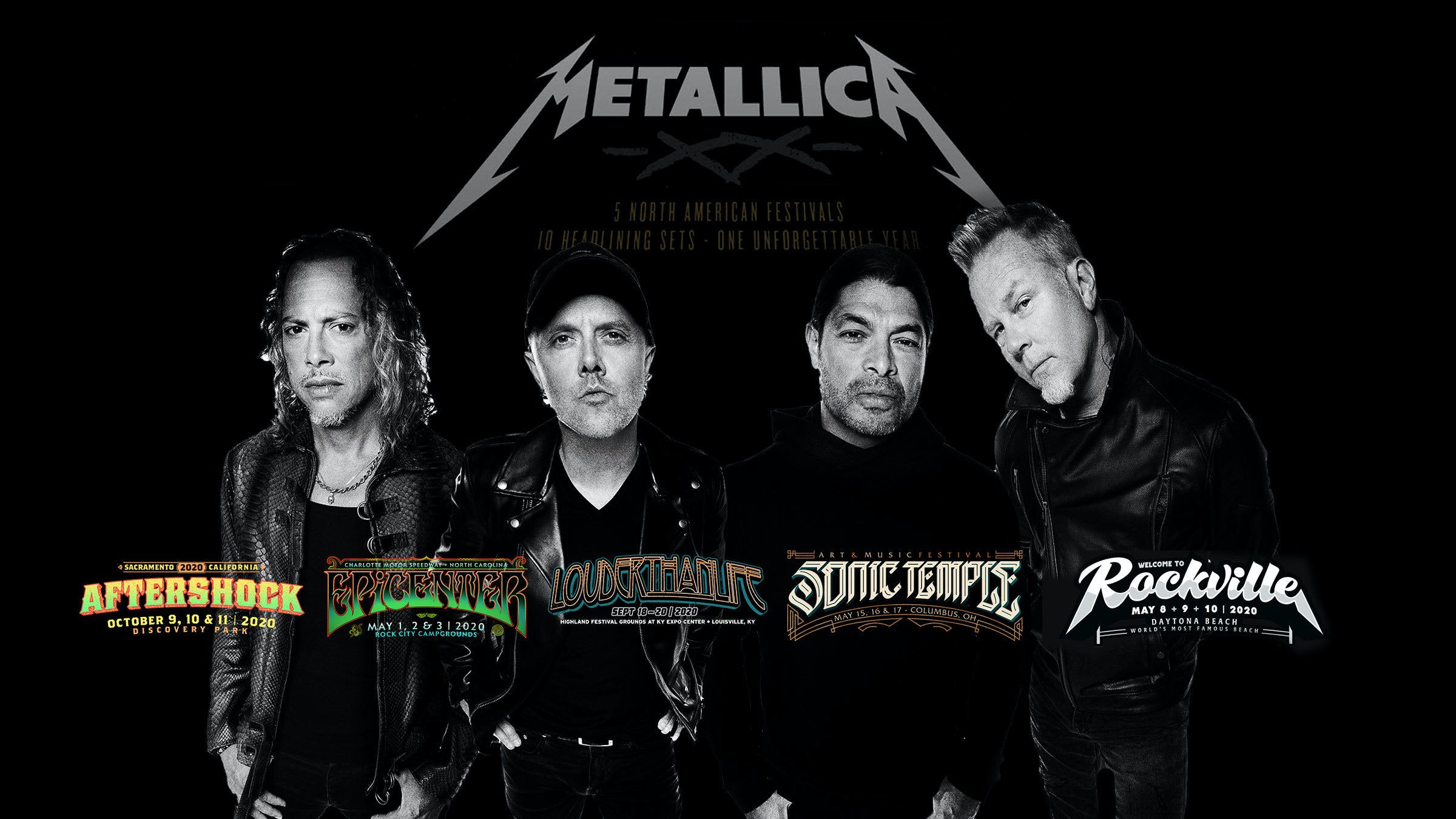 Earlier this week, Metallica tweeted a link to a website called MetallicaXX.com, which featured a mysterious countdown clock. There was no indication as to what the clock was for, but given that 'XX' is the Roman numeral for 20, and this year marks the 20th anniversary of the band's famous S&M symphony concerts, one assumed it had something to do with that.

Now, the clock has hit zero, and the announcement has been revealed via a live video on their Facebook: Metallica have partnered with festival promotion company Danny Wimmer Presents to announced that they will headline every single DWP festival in 2020...twice.

Andy Hall hosted a live conference with Lars Ulrich and Danny Wimmer, announcing the partnership, and that Metallica will close every Friday AND Sunday night at every Danny Wimmer festival next year.

Wimmer listed the festivals with dates and cities:

"What a day for DWP and the fans of our festivals," said Wimmer. "As a fan of this band, I still get goosebumps walking into Metallica's headquarters...I spent a lot of times with the fans and I asked them, 'What do you want to see?' And nine out of ten times, they said Metallica."

READ THIS: Metallica are officially the biggest metal band in the world

This isn't just an S&M2 tour -- this is even better! Two Metallica headlining sets for each of the biggest rock festivals in America? We're here for it.

Not that an S&M tour wouldn't be cool -- Kerrang! was there to witness Metallica's two-part S&M2 concert and it was a magical and momentous occasion indeed. Taking place at the newly-opened Chase Center, Metallica joined forces with the San Francisco Symphony to once again bring the worlds of classical music and heavy metal -- well, Metallica’s uniquely epic brand of heavy metal -- together once again.

The two S&M shows were recorded for a feature-length concert movie, which will be screened at cinemas around the world on Wednesday October 9 for one night only.

We'll let you know more about Metallica's sets at Danny Wimmer's 2020 fests when we do -- but for now, get excited, America!

READ THIS: Why Metallica's S&M was even better 20 years later