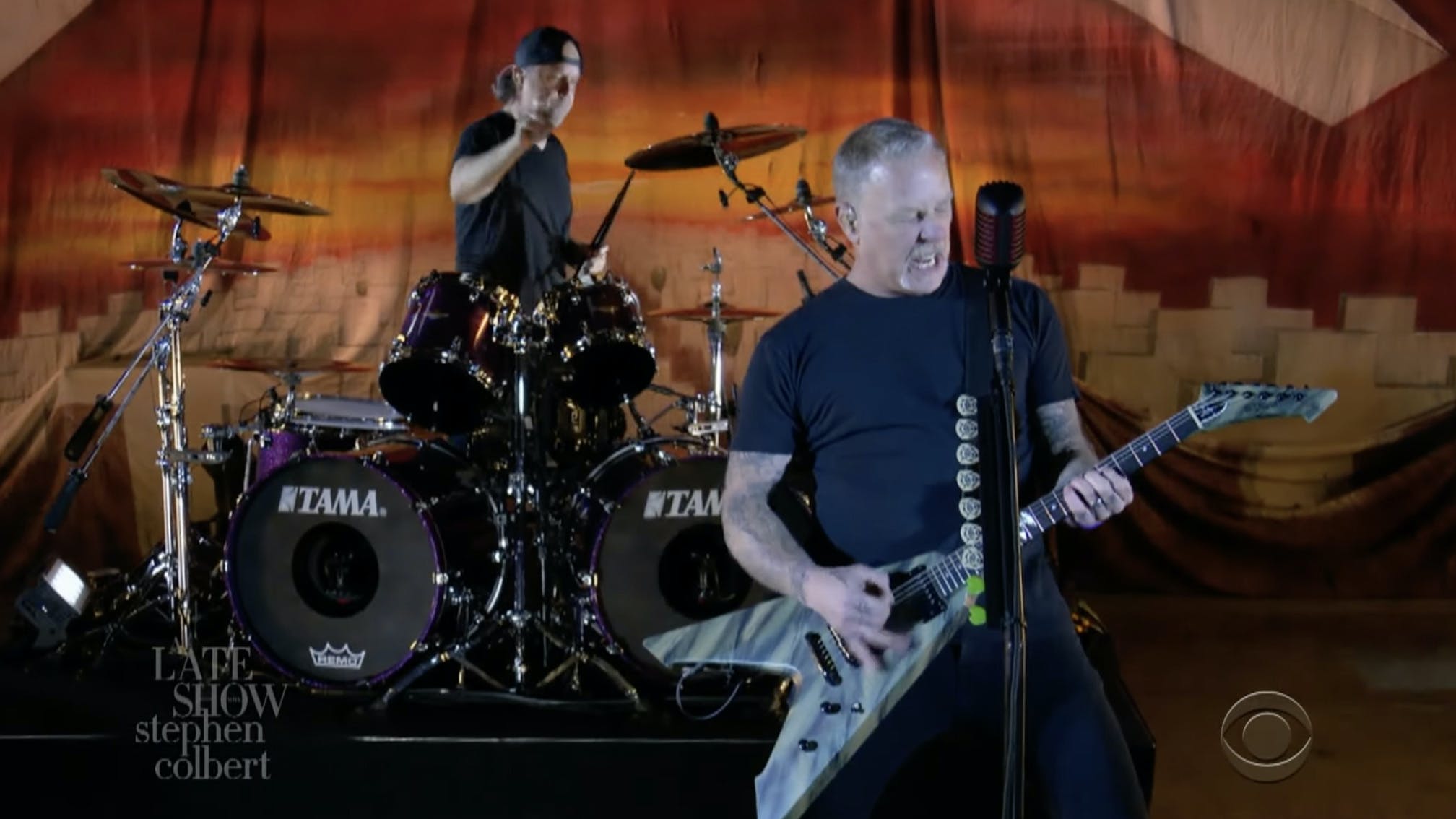 Metallica celebrated the 35th anniversary of their iconic Master Of Puppets album on March 3 by performing on The Late Show With Stephen Colbert.

The metal titans unleashed an epic rendition of Battery on the show, sounding as fired-up as ever and even bringing out the backdrop from their Damage, Inc Tour for the ultimate throwback.

"Metallica's album Master Of Puppets was released 35 years ago today and had such an impact that it was added to the National Recording Registry of the Library of Congress," reads the description on the Colbert performance video. "We're thrilled to welcome them back to the show for this special performance of Battery in front of the original backdrop for their Damage, Inc Tour."

Following the performance, drummer Lars Ulrich took to Instagram to share some photos from the performance, writing: "Soooo much fun to be back on the Colbert Late Show again celebrating 35 years of Master Of Puppets, firing up Battery, and dusting off the old wrinkled backdrop…

"Actually, considering what craziness its been exposed to over its lifetime, it’s in remarkably good shape… (the backdrop that is!!) Thanx again Stephen Colbert for having us."