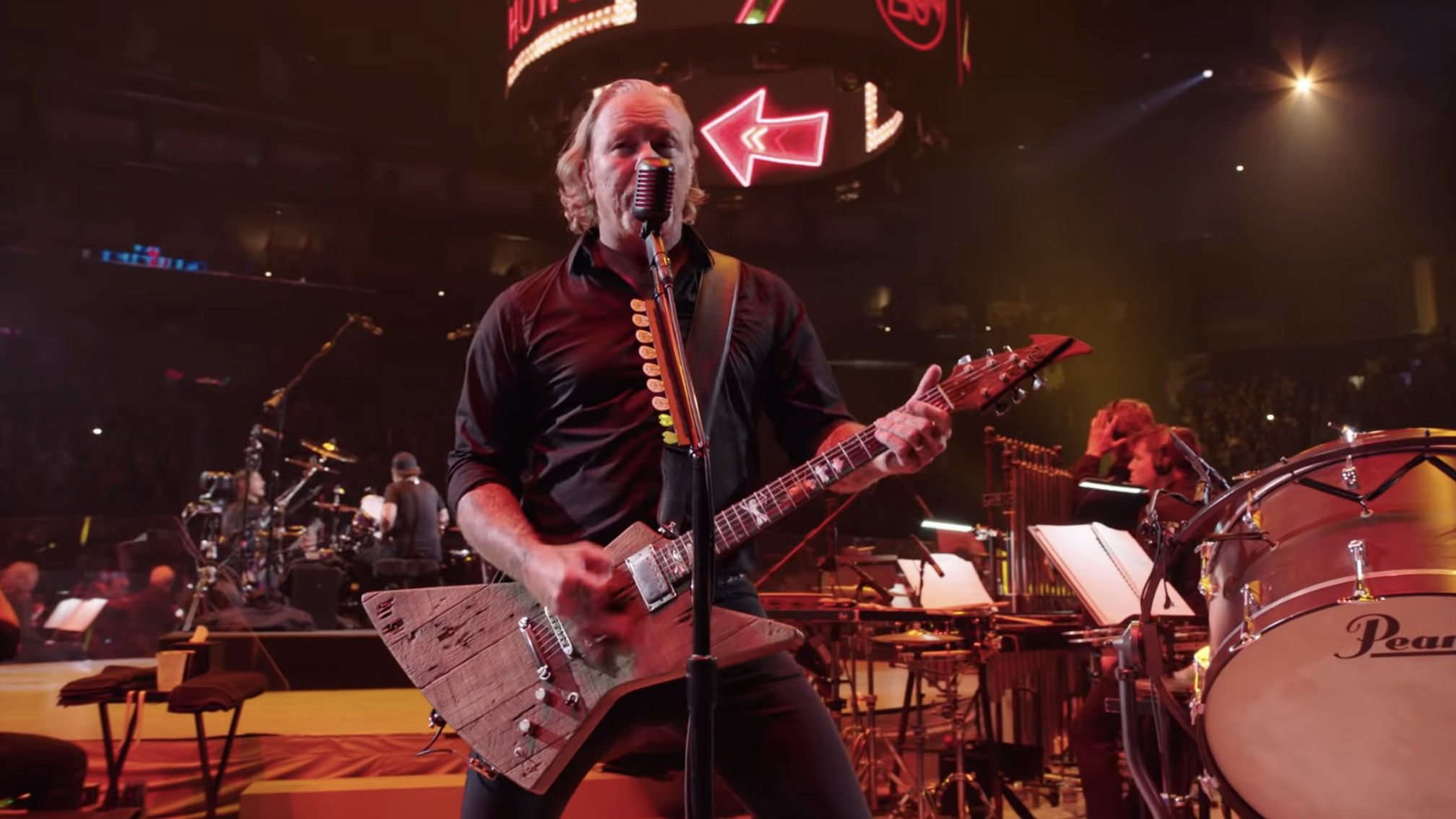 Ahead of its release later this month, Metallica have unveiled another track and video from S&M2.

Following two beautiful renditions of Nothing Else Matters and All Within My Hands, this time the metal titans have brought things up to the modern day in their latest teaser from S&M2, sharing an epic version of Moth Into Flame – originally taken from 2016's excellent Hardwired… To Self-Destruct record. And unsurprisingly, just as the older tracks sound incredible with an orchestra, so too do the newer ones.

Read this: Why Metallica’s S&M was even better 20 years later

Speaking exclusively to Kerrang! about S&M2, bassist Rob Trujillo reflected on bringing the power of orchestral music to metalheads: “…You’re sharing something that’s hopefully educating and helping a thrash metal fan to understand that this is going on too, and it’s very powerful.

“We might not even be onstage at that moment but I really believe everybody came out of that show with a heightened sense of not just respect, but knowing they experienced something special. For me, that was the goal and I think we achieved it both nights.”

He also continued of the two San Fransisco gigs as a whole, “We were actually very excited about it and not nervous; I love that feeling when you can go in with a different kind of nervousness. For me it was the excitement of doing something that I’d personally never done before, to feel the power of the orchestra, and to know that everybody in that building is absolutely excited and thrilled to experience this side of Metallica.”

Metallica & San Francisco Symphony: S&M2 is out on August 28 via Blackened Recordings.

Watch Moth Into Flame below: