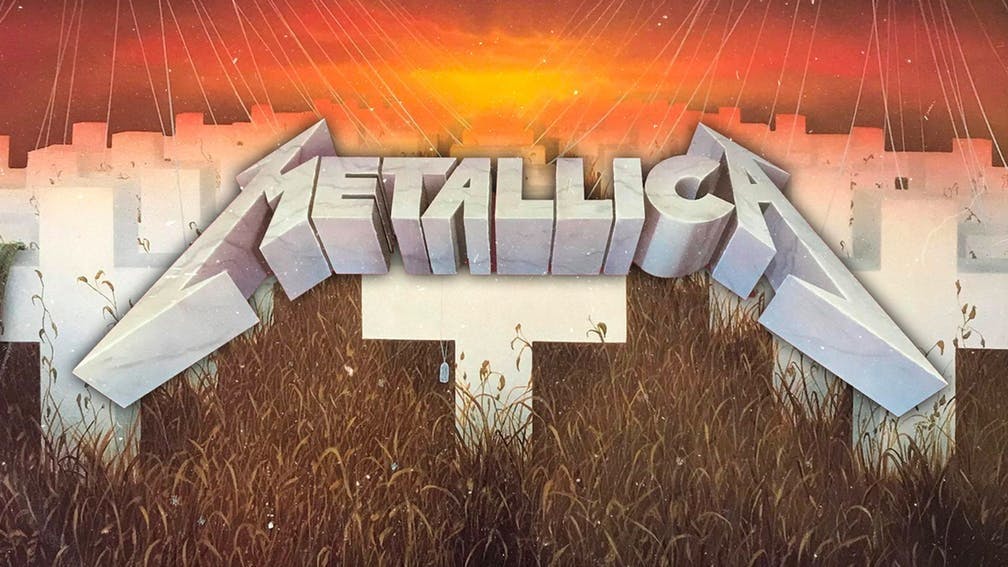 On August 31, 1985, Metallica performed at the Oakland-Alameda County Coliseum as part of that summer’s Day On The Green festival. On a bill topped by the Scorpions, the band’s nine-song early afternoon set was met with uncommon rapture by an audience of 60,000. But the real action that year took place at a different Oakland address. Since completing their co-headline tour with Armored Saint in March, the East Bay quartet had spent the year’s warmer months in the garage of 3132 Carlson Boulevard, otherwise known as the ‘Metallimansion’, writing their third album.

“I think that it’s a pretty safe bet that Lars was instrumental in persuading the rest of the band that they had to record the new album in [Copenhagen studio] Sweet Silence,” said producer Flemming Rasmussen with a good-natured smile.

An improvement in commercial fortunes meant that Metallica at least had decent lodgings. Billeted in relative luxury at the Scandinavia Hotel in Copenhagen’s lovely city centre, the drummer shared a junior suite with James Hetfield, while Kirk Hammett roomed with Cliff Burton. By now signed to Elektra Records – although in the UK Master Of Puppets would emerge on the independent Music For Nations label – and with heavyweight management from the Q Prime organisation, Metallica had both time and resources at their disposal. In need of a new snare drum, Lars Ulrich was able to borrow a Tama ‘Black Beauty’ – the finest and one of the rarest instruments of its kind – from fellow Q Prime client Rick Allen, the drummer with Def Leppard, who at the time was recuperating from an accident in which he lost an arm (Lars then found the same drum for sale at a music shop in Copenhagen with a price tag that had been attached to it since 1979).

Despite their high-class lodgings, Metallica would often dine at the home of their producer prior to the start of each day’s recording session. Flemming Rasmussen recalls watching the longhaired Cliff Burton descend into his plate of food to the extent that “you couldn’t see the food, or his face; he just stuck his fork in and started eating.” A solution to this problem was found by Rasmussen’s wife, Pernille, who bought scrunchies for the group to wear while they ate.

In the confines of Sweet Silence, Metallica didn’t so much make Master Of Puppets as construct it. The band experimented with playing tape backwards, an effect that can be heard on the ominous swells that open Damage Inc., the album’s closing track. Flemming remembers being impressed by the technical strides the group had taken since recording Ride The Lightning, in particular the advancement of the much-derided Lars Ulrich. On rhythm guitar, the proficiency and precision of James Hetfield left the producer spellbound. Each of the songs on Master Of Puppets features at least six identical guitar parts, overlaid so as to thicken the album’s sound. Each of these was recorded afresh, rather than overdubbing one part numerous times, as is the norm.

“I’ve never seen anything like that since, and neither do I expect to,” said the producer.

As the album neared its completion, and with the bassist’s work done, Cliff Burton departed Copenhagen early in order to return to a home life that he keenly missed. Inevitably, the last member of Metallica to depart his post was Lars Ulrich, who stayed in Denmark until December 27 so as to oversee the record’s final overdubs.

Released in the United Kingdom on March 7, Master Of Puppets entered the British album charts at 41, a number that today belies its legendary status. In the United States, the LP debuted on the Billboard Hot 200 at number 29. In the intervening years, Metallica’s third LP has sold almost 10 million copies across the globe.

The band spent their summer touring as special guests to Ozzy Osbourne on the singer’s Ultimate Sin U.S. tour. After six months on the road, they were gathered together by co-manager Cliff Burnstein in their dressing at the Coliseum in Hampton, Virginia. Cliff had news for them that he delivered in a direct manner. His charges had earned enough money that each of them could now afford to buy a house…

Oh, you’re into Metallica? You get we’ve got a ton of stuff about Metallica right? You should really follow us on Facebook.